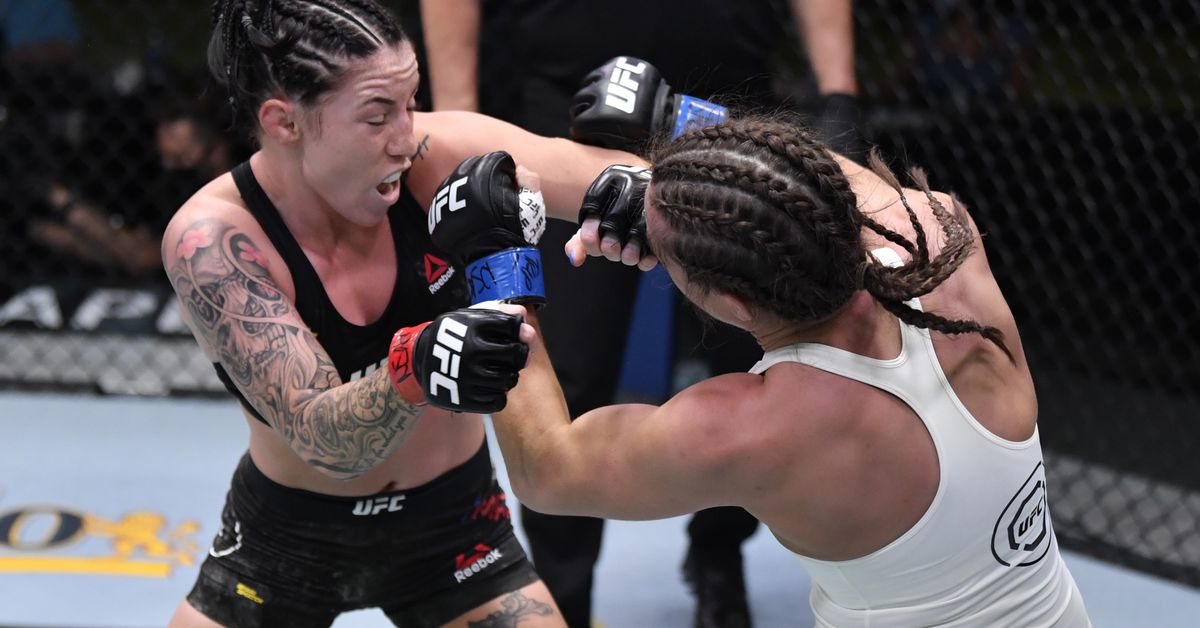 A strawweight showdown between Mallory Martin and Polyana Viana is being targeted for a UFC event on Feb. 13, multiple people with knowledge of the booking told MMA Fighting on Thursday.

The UFC has yet to officially announce the card and its location.

Martin (7-3) and Viana (11-4) competed on the same night on Aug. 29, with Martin scoring her first octagon win with a second-round rear-naked choke over Hannah Cifers, and Viana making short work of Emily Whitmire via armbar submission in under two minutes.

Martin is a Contender Series talent and Invicta FC veteran who won six of her last seven bouts with four stoppages, losing only to Virna Jandiroba in her UFC debut.

Viana had her back against the wall after losing three in a row in the UFC between 2018 and 2019 before her recent victory. Her other UFC win took place in February 2018, when she finished Maia Stevenson in Brazil.