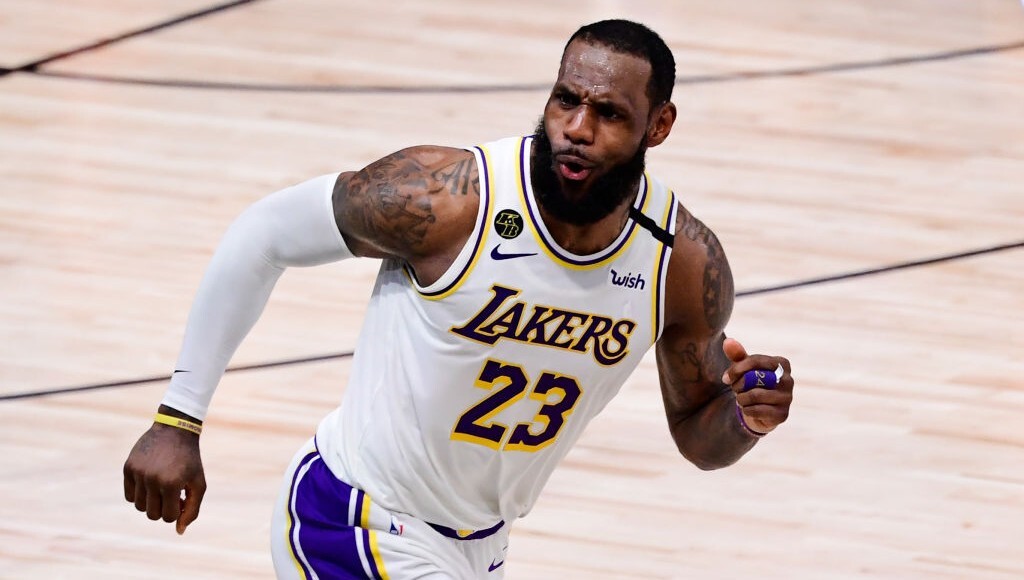 Starting with The Last Dance and throughout this entire summer of NBA basketball, the debate between LeBron James and Michael Jordan has been constant. Now that James has won his fourth championship, fans and Hall of Famers alike are hashing it out again. Magic Johnson, in a recent interview with John Lynch of Business Insider, explained why James still has a chance to retire as the greatest ever.

Asked how he viewed James’ accomplishments in the Bubble, here’s what Magic said:

I view it as a man who, that’s why he’s where he is. In terms of winning now four championships and dominating basketball at a tender age of what, 35, I think it is. For him, to me, to be the best basketball player still in the world.

Also, he should have been the MVP of the league during the season. He was MVP of the NBA Finals. I mean, his taking care of his body, his focus, his drive, his will, is off the charts. He’s a throwback. That’s why he’s in that G.O.A.T. conversation.

And he can move forward. As he keeps winning, he will climb that ladder. There’s already talk about, you know, comparing him and Michael, and there will be serious talk if he wins another one. It’s going to be hard. Fans are really going to be pushing for him to be right up there with Michael.

As Magic notes, what makes James’ case so interesting is that he’s still capable of adding some significant accomplishments to his resume, namely a fifth (or possibly sixth) title to move even closer to Jordan. Along with that, part of why Magic seems to be so impressed with James’ performance this year is because of the challenges this season posed. On that note, Magic expanded upon why the Bubble was a unique difficulty compared with normal seasons.

Yeah, the play was amazing. Listen, guys had to sacrifice so much. First of all, they had to leave their families at home. Then they had to eat things that they normally was not accustomed to eating. They didn’t get to eat what they wanted. So all these things happened in that bubble. And so for them to come and play the way they played and the way they performed. Nah, man, it wasn’t pickup basketball. That was sensational basketball. You know, for the circumstances that they played under. For them to come ready to play each and every night. Hats off to every single team and every single player.

It’s hard to argue that in a postseason where many superstars underperformed and success seemed to be predicated upon focus, force of will, and team chemistry, that we may one day look back like Magic at this Bubble as an even more special achievement for James than normal.