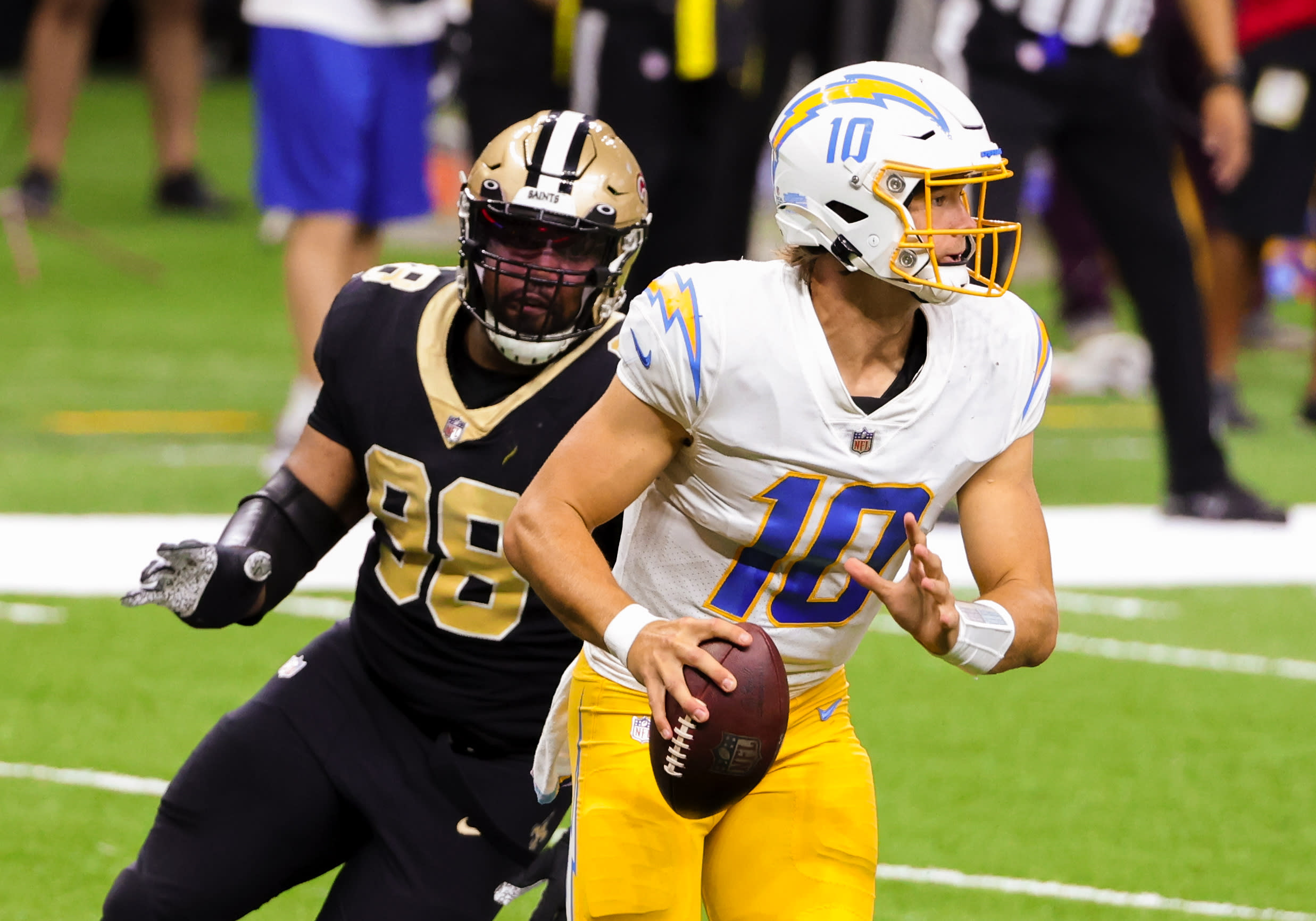 Watching Justin Herbert star as a rookie for the San Diego Chargers certainly validates what a lot of people, including me, said while he was still finishing his career at Oregon.

The Ducks wasted a lot of what he could have brought to the table.

I believe it was the classic case of trying to fit a quarterback into a system rather than fitting a system to the quarterback.

Mario Cristobal and his coaching staff did not recruit Herbert and while I’m sure they would have welcomed him with open arms, I do not believe his talents showcase best in the ground-and-pound, power-running game that Cristobal has installed in Eugene. Time will tell, but I do not believe he values a high-volume passing attack.

I’m not quarreling with that style, either. It’s a unique approach in a conference that has tended to lean more toward the passing game and a softer approach — valuing quickness over bulk. And his approach has already proved successful. It has toughened the Ducks up and made them at least look more like a top team in the country is supposed to look.

But what I am saying is that Oregon may have left a lot of points on the field with Herbert’s talented arm not being put to maximum use.

If ever an Oregon quarterback screamed for an all-out passing onslaught it was Herbert. He should have gotten more attempts per game, but I don’t think that was the biggest mistake.

Two things: First, the Ducks didn’t maximize his talents by recruiting enough quality wide receivers. For all his faults, Willie Taggart understood that and had a bevy of commits from outstanding wideouts, until he left — and many of those recruits opted out after his departure. I’m not sure Cristobal made receivers a high priority, knowing Herbert’s time was running out at the school.

It would have been a time to scour the junior colleges for short-term premier talents to fit with one of the best arms in the country.

Second, I don’t think the Oregon scheme featured nearly enough downfield throws. This was mostly a safety-first offense, with screens and dump-offs — avoiding mistakes that would put the defense in a hole. Not enough big throws on first down and too many third-and-long situations where everyone in the stadium knows a pass is coming.

I don’t think it was the kind of sophisticated passing attack that could have resulted in more of a quick-strike offense that would have served the team well in the sluggish offensive moments of its season.

Herbert’s intelligence and instincts are allowing him to perform better in the NFL than he did at Oregon. I think it’s obviously due to better receivers and a more sophisticated scheme — two things he didn’t have with the Ducks.