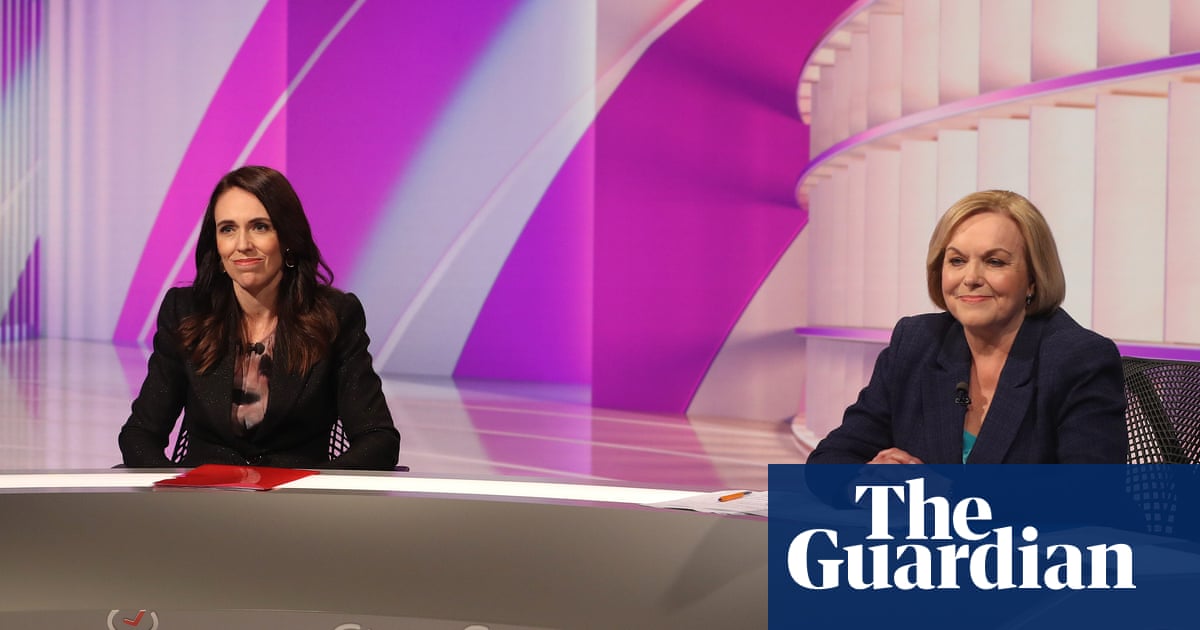 Jacinda Ardern has dominated the final leaders’ debate before New Zealand goes to the polls on Saturday, appearing confident and prime ministerial as she took on a subdued Judith Collins.

In a surprise admission, Ardern said if she was not re-elected, she would resign as Labour leader.

In a Colmar Brunton poll released an hour before the debate, Labour was polling 15 points ahead of the opposition National party, with Ardern as the preferred prime minister.

The poll also showed the Green party at 8%, meaning it would be in a position to form a coalition government with Labour and put forward one of its own MPs for deputy prime minister – either James Shaw or Marama Davidson.

Collins has had a difficult week on the campaign trail and has drawn criticism for controversial comments, including saying obese people should take more personal responsibility for their weight.

In contrast, Ardern has drawn adoring crowds. Asked by the moderator, Jessica Mutch-McKay, whether her government had been “transformational” Ardern said it had but that she needed more time to shake up the status quo and repair decades of neglect in housing, transport and the environment.

During a lengthy discussion, both Ardern and Collins said they would commit to halving child poverty by 2030. New Zealand has one of the worst rates of child poverty and infant mortality in the developed world.

Ardern said her government had made gains on entrenched poverty by raising benefits for the most deprived, expanding its school lunch programmes and raising the minimum wage.

Asked what made them stand out as leaders, Collins and Ardern gave markedly different answers.

Ardern replied: “We are in this job by privilege and not a right. I never take this job for granted; you can always be assured I will give my everything.”

Collins cited her 20 years as a lawyer, her business acumen and her experience leading companies.

This claim riled Ardern, who said she was not a liar and objected to being labelled one, slamming Collins for causing “mischief” and spreading “misinformation”.

The Green party has said it would insist on implementing a wealth tax with whomever it formed a coalition. Both leaders, however, ruled out agreeing to a wealth tax.

On the climate emergency, Ardern said the issue should be framed as “an opportunity” rather than a crisis. Collins, however, said farmers were being scapegoated and blamed for climate breakdown when other, larger nations, should shoulder more of the responsibility.

Mutch-McKay said it was unusual to have an election with two female leaders, and Ardern said it was important that parliament was representative of New Zealand, including Māori, women and Pasifika people.

Collins said that while she wanted women in leadership roles, she thought people should be promoted on merit.

Asked if they had anything to say to each other, Ardern thanked Collins for her “moving and sincere” speech after the Christchurch mosque shootings in March last year, and her action on gun control.

Collins thanked Ardern for giving “her heart and soul” to the job of prime minister, and said she knew the effort, time and toll it could take. Collins admitted that while she enjoyed the campaign trail, she missed having dinner with her husband and son.

Ardern said whether or not she stayed in politics after the election, she wanted to reform politics to stop the mudslinging and elitism.

Political commentators say Ardern’s competent handling of the Covid-19 crisis has earned her the trust of New Zealanders, many of whom do not want a change of leadership with so much uncertainty already brought by the pandemic.

New Zealand operates under the mixed member proportional electoral system, which is designed to install coalition governments. But for the first time since the system was introduced in 1996, Labour may get the numbers on Saturday to govern alone.