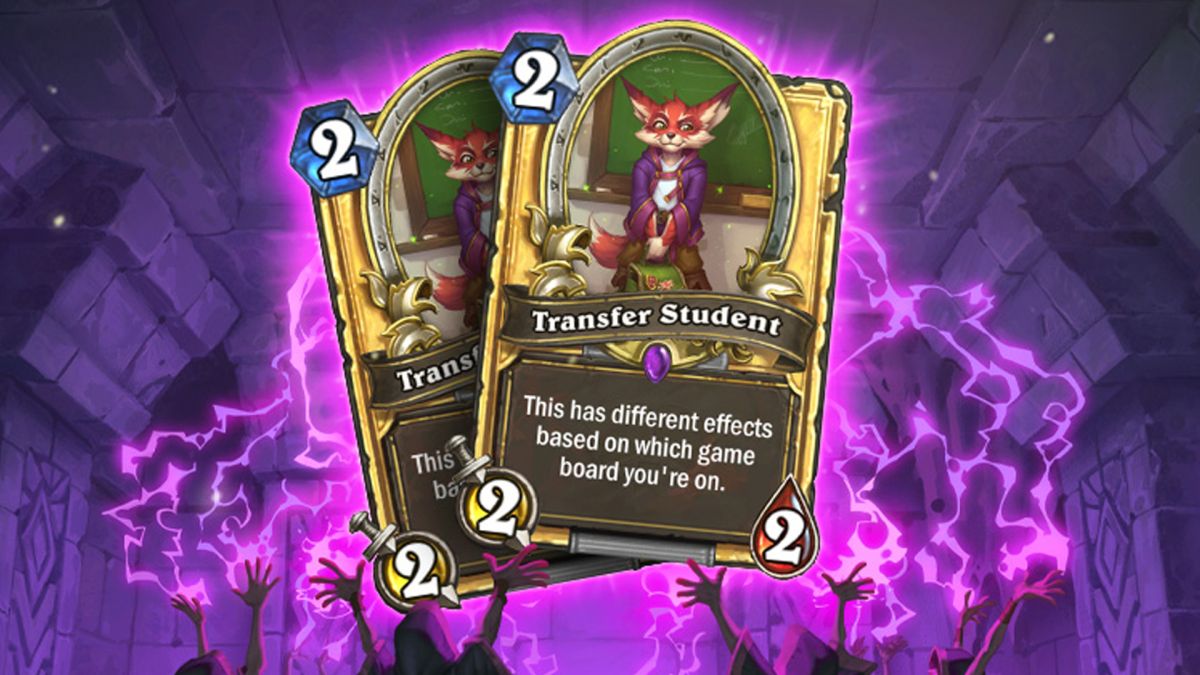 Need help completing the secret golden Hearthstone Transfer Student quest? Players received two regular Transfer Student cards by logging into the game between July and October this year, but there’s no way to craft this neutral Epic in its golden form. Instead, you’ll have to complete a secret quest to add a couple to your collection.

Aside from looking very shiny in your hand, golden Hearthstone cards also feature unique animations. While golden cards won’t give you a competitive edge in matches, they’ll certainly brighten up your deck and board. It only takes a few minutes to unlock them, so let’s get straight to it. Here’s how to unlock two Hearthstone golden Transfer Student cards.

How to unlock two golden Transfer Students in Hearthstone

The Scholomance Academy Masquerade Ball is upon us, and Rexxar is currently enjoying his time in the spotlight in his Book of Heroes solo adventure. These events are important as you need to participate in seven different modes to unlock the cards.

To unlock two Hearthstone golden Transfer Students, you need to play one game in each of these solo adventures:

Playing on the ‘Normal’ or ‘Story’ mode for each solo adventure is the best way to go. You also need to play one Battlegrounds game, and a match in Arena, but don’t worry, you don’t have to commit to a full run. Remember, you can launch a game in each mode and instantly concede to save yourself some time. If you’ve already played one of these modes during the current event, it’ll count towards your quest progress.

Interested in how we arrived at this solution? The Hearthstone team left a few clues for you to follow in the Masquerade Ball announcement. Here’s what the cryptic message said:

“After a thorough examination of garments in our lost and found cupboard, Transfer Student has embarked on a laborious journey to find the perfect costume for the Masquerade Ball! We’ve identified an itinerary in the dormitory that outlines an intention to visit Dalaran, Uldum, Dragonblight, and the Black Temple. Scribbled on the back is mention of playing Rexxar’s tale in Hearthstone Book of Heroes, and at least one match in both Battlegrounds and Arena.”

From these hints, it’s clear to see which modes you need to focus on to get the rewards.