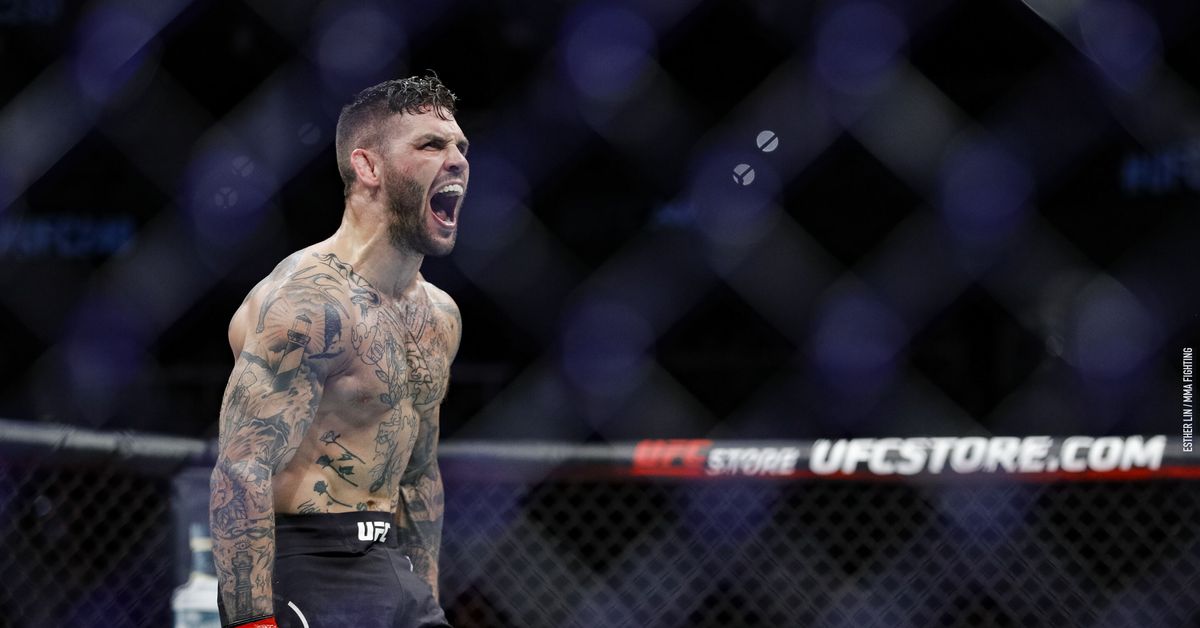 Gavin Tucker is never looking for easy fights, and that’s not what he would expect out of Billy Quarantillo, either.

Earlier this year, the featherweight prospects were matched up in what was expected to be a barnburner between two highly touted fighters. Unfortunately, the coronavirus pandemic scrapped the April card on which they were fighting.

The bout was expected to be rebooked for the summer, but then Quarantillo contracted COVID-19, further delaying a showdown.

Both fighters have gone on to pick up wins. But Tucker has never forgotten about the preparation he put into getting ready for Quarantillo. Tucker even posted a clip from Quarantillo following a recent win where he mentioned the fight as a possibility for his next outing.

Now, Tucker wants him to honor the contracts they signed and push the UFC to rebook the fight again.

“We’re in the UFC – no one is scared of each other,” Tucker said in an interview with MMA Fighting about the potential fight with Quarantillo. “I just think everyone is trying to advance their career. I definitely think I took the gravel road on the pathway to my victories in the UFC. I’m not looking for easy fights, and I don’t think Billy is an easy fight. He’s coming off a four-fight win streak if you include the Contender Series, which I do. It’s the kind of fight that’s going to advance me to the top 15.

“We were already contracted to fight each other. There seems to be a little bit said in the interviews, which is kind of an implication we both want it. Right now, there’s only one reason it wouldn’t happen cause I’m looking for that fight.”

One thing Tucker wants to make abundantly clear is that he doesn’t view Quarantillo as some kind of easy opponent who wouldn’t serve as a challenge. In fact, the Canadian featherweight said it’s exactly the opposite, because he sees Quarantillo as an incredibly tough matchup and believes they would ultimately bring the best out of each other.

“We had a little back and forth on social media, and I said it, he’s extremely difficult to finish,” Tucker said. “I think a lot of people make a mistake to try and blaze him in the first round. He’s got knockouts. He looks good.

“I like what Kenny Florian said, ‘When the fight gets dark, Billy will be there,’ and I love that. That’s what I want. If you’re not looking for those kinds of challenges, what are we even doing in the f**king UFC?”

Tucker expects nothing less than an absolute war with Quarantillo, which he believes will advance the winner toward a top-15 ranking afterwards. He hopes for a December date, though if Quarantillo is game, he’s willing to wait until January.

“I really think people forgot I fought 10 minutes with a broken face,” Tucker explained. “Four broken places in my face. This one’s going to get dark. Everyone who’s watching is going to see this has the potential to become a f**king Halloween show. That’s what I’m after. I’m trying to burn the castle down.

“I want this this because it was set, there was anticipation built and that’s still burning inside of me. I know what this is going to look like. Just like the last message I left in a response, let’s make some money.”