‘String quartet” seems a rather reductive way of describing any of the four utterly compelling works by Clara Iannotta that the Jack Quartet play here. For as well as demanding that the string players employ every conventional technique, the Italian composer extends their sound world farther, both with electronics and with “found objects” applied to the strings and bodies of the instruments. 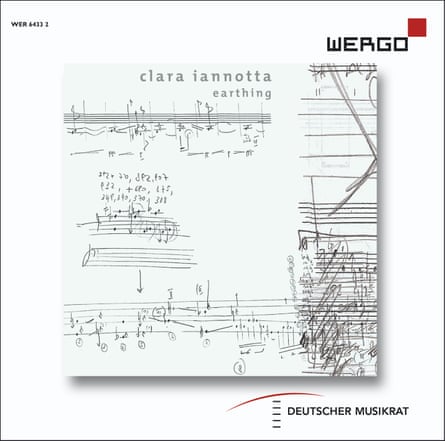 The four pieces all date from the last seven years. The earliest, A Failed Entertainment, borrows the working title that the writer David Foster Wallace gave to his novel Infinite Jest, while the other three – Dead Wasps in the Jam-Jar (III), composed in 2018, Earthing – Dead Wasps (Obituary), from 2019, and You Crawl Over Seas of Granite, which the Jacks introduced at the beginning of this year – all take their names from poems by Dorothy Molloy, though the series apparently was inspired by the experiences of diving to the remotest ocean depths, as recounted by Jacques Piccard.

Iannotta recommends that each work is appreciated separately, and not heard as part of a sequence. But listening to the quartets in chronological order (not the way they are arranged on the disc, incidentally) reveals how quickly Iannotta has made the sound world of the four instruments very much her own. She follows Helmut Lachenmann in treating conventional musical sounds and noises as equivalent, but from the start she sets out to discover new ways of enriching that already complex palette. Bells and whistles punctuate A Failed Entertainment; paper-clips modify the sounds of the strings in Dead Wasps in the Jam-Jar (III), into which ghostly echoes of Bach filter, too. Earthing places electro-transducers on the soundboards of the instruments, and there are paper clips again in You Crawl Over Seas, in which the players are also instructed to tune their instruments down more than an octave.

But these effects never seem wilful or contrived. They become integral parts of a process that is natural and organic, in music that relies heavily on the commitment and flexibility of the performers, qualities the Jack Quartet have in abundance. It’s a totally absorbing collection of works.

This week’s other pick

For new music that could hardly be more different from Iannotta’s exhilaratingly multi-layered works, there’s Oliver Leith’s Good Day Good Day Bad Day Bad Day, played by the GBSR Duo, percussionist George Barton and pianist Siwan Rhys, on the label Another Timbre. Leith describes his 45-minute piece as “a tender look at the simultaneously debilitating and beautiful irrationalities of our everyday lives”; each of its eight movements focuses on a single musical idea, some deliberately commonplace, others that are insidiously repetitive. There are moments of unexpected grandeur alongside sheer banality, yet somehow the mixture is curiously addictive.