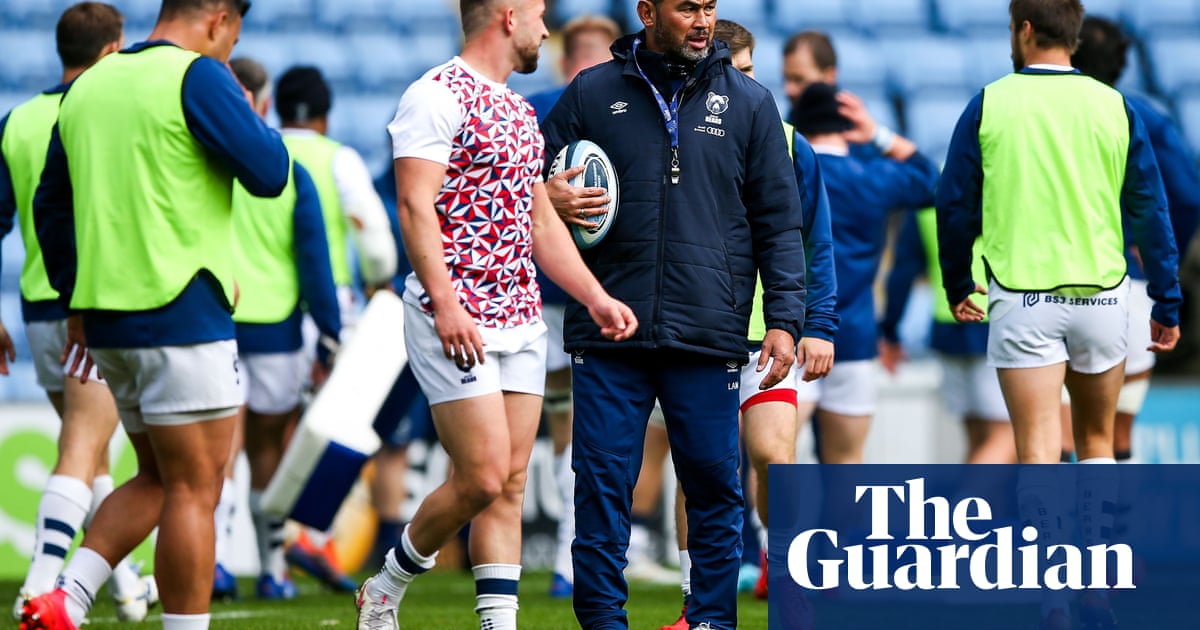 Pat Lam is desperate to win a tournament he never wants to be a part of again, at least with Bristol. The Bears’ director of rugby sees the Challenge Cup final with Toulon in Aix-en-Provence on Friday night as a rung on a ladder to take the club to the heights of the European club game.

“This is massive for us,” said Lam, who when he took over at Bristol three seasons ago had a Championship campaign for which to prepare. “To win some silverware would be the start of trying to do this every year. This is the last time we plan on being in this competition. We are in the Champions Cup next season and, I hope, every one after that. This is the beginning of what we intend to do every year.”

Lam’s intent is shown in the team he has picked to face Toulon. It shows six changes from the side that lost to Wasps in last weekend’s Premiership semi-final in Coventry and while some, such as the absence of the No 8 Nathan Hughes, are because of injury others, like the return of the England prop Kyle Sinckler, are down to selection.

When Lam joined Bristol, after their first season back in the Premiership in eight years ended in relegation, he presented the club’s owner, Stephen Lansdown, with a five-year plan. This season’s league target was a top-six finish, which made the play-offs a bonus, and the Challenge Cup was seen as the likeliest source of a trophy as the Bears said farewell to a tournament competed for by teams which finish in the bottom half of their leagues.

“Losing is not enjoyable,” Lam said. “We did not give a good account of ourselves at Wasps and it was pleasing that it was not the end of our season. Winning the Challenge Cup would reward the growth we have made, which is down to the commitment of the people at the club. There is a lot on the outcome.”

Toulon were the dominant team in Europe in the mid-2010s when they became the first to win the Champions Cup three seasons in a row. They also used the Challenge Cup in their rise to the top, losing the 2010 and 2012 finals to Cardiff Blues and Biarritz respectively, but their then owner, Mourad Boudjellal, was prepared to buy success, preferring to invest in World Cup winners than developing homegrown players.

There is only one survivor from the team that won the 2015 Champions Cup against Clermont Auvergne at Twickenham, the second-row Romain Taofifénua who was on the bench that day. The starting line-up included Bryan Habana, Matt Giteau, Carl Hayman, Ali Williams, Bakkies Botha, Juan Smith and Leigh Halfpenny and contained only four French players.

Toulon is no longer a harbour for galacticos to dock in. The only exception is the second-row Eben Etzebeth, who was part of South Africa’s World Cup winning squad last year. The average age is far lower and the accent is more French: the backs Louis Carbonel and Gervais Cordin are recent graduates of France’s successful Under-20 side while the wing Gabin Villiere joined last year after making his name on the Sevens circuit.

“A trophy would mean a lot to the team,” said Sonatane Takulua, the Tonga and former Newcastle scrum-half who is on the bench with France’s Baptiste Serin partnering Carbonel at half-back. “It would give us confidence in what we are trying to achieve in the next couple of years. We know what Bristol are capable of and I am really looking forward to the game.”

Toulon, who like Bristol have not lost in the competition this season, still have a splash of seniority through the 37-year-old Italy No 8 Sergio Parisse and Isaia Toeava, the 34-year-old back who was part of New Zealand’s World Cup winning squad in 2011, but they are, like Bristol, a team that is looking to build for the future.

“Toulon are used to these finals,” Lam said. “They have some big individuals and the ground is a 45-minute drive for them while our journey is challenging because of Covid: a chartered flight, the only ones in our hotel and a police escort to the ground eight miles away. It has been a tremendous season for us in terms of growth and to lift a cup at the end of it would be special.”