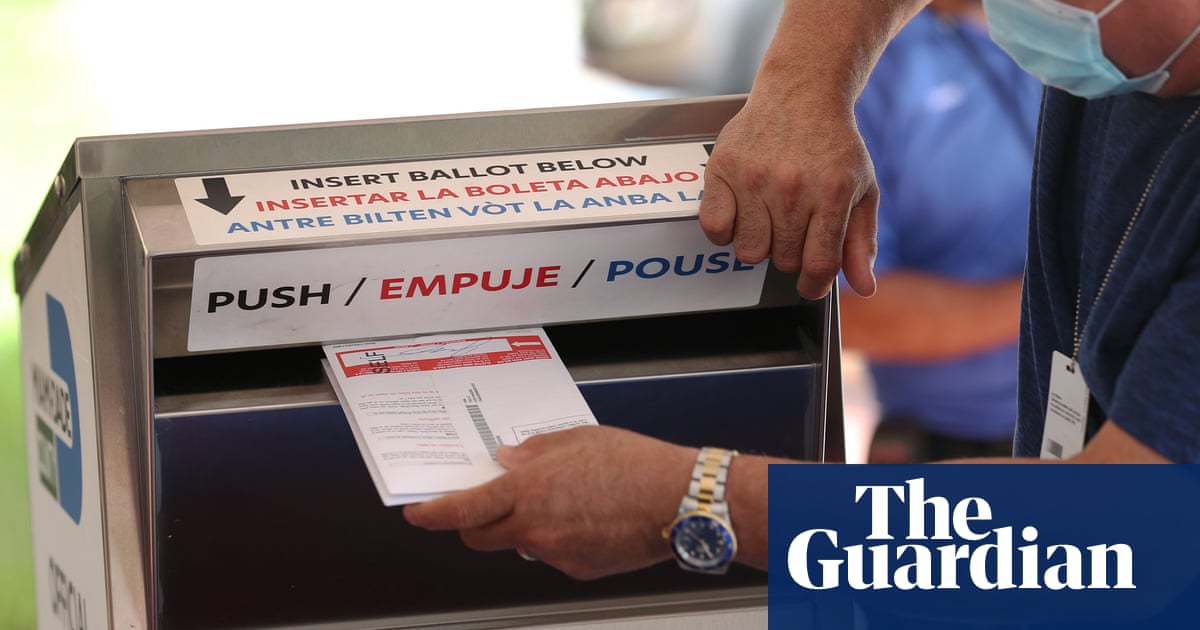 Facebook, a company spokesman revealed, had immediately begun to “reduce its distribution on our platform”, altering how the company’s recommendation algorithm would normally react to such a viral story in order to buy its third-party fact checkers time to come to a conclusion about its veracity.

Twitter went further. Users were blocked from posting links to the article entirely, and tweets that had already been posted showed a warning for people who clicked through, saying that “this link may be unsafe”.

That action was so dramatic, and delivered with such little explanation, that many initially assumed an automated system had gone haywire. It took until late in the day for the company to provide context: it was, an official account tweeted, applying long-standing rules against dissemination of both hacked content and personal information such as emails.

Twitter’s co-founder and chief executive, Jack Dorsey, apologised for the “not great” communication. “Blocking URL sharing via tweet or DM with zero context as to why we’re blocking,” he added, was “unacceptable.”

The panicked response from the social media giants underlines the extent to which both companies, as well as Google and its YouTube subsidiary, have scrambled to deal with the twists and turns of an American election that many fear is closer to tipping into violence than any in living memory.

In the past few weeks, long-standing policies have crumbled and previously unthinkable restrictions have been imposed on users both public and private, with individual explanations offered for the changes but little explanation as to the wider scope of the changes.

It’s a long way from May this year, when a controversial post from President Donald Trump, warning Black Lives Matter protesters that “when the looting starts, the shooting starts”, was restricted by Twitter, leading to a wave of internal dissent at Facebook when the CEO, Mark Zuckerberg, declined to do the same thing.

“I just believe strongly that Facebook shouldn’t be the arbiter of truth of everything that people say online,” Zuckerberg said in an appearance on Fox News in the midst of the debate. “Private companies probably shouldn’t be, especially these platform companies, shouldn’t be in the position of doing that.”

It was a similar explanation to that which the Facebook founder had given more than two years ago, over a very different topic: Holocaust denial. In an interview with the tech site Recode, he had brought the topic up unprompted as an example of something he didn’t feel should be removed from his site.

Holocaust deniers were, he said, “deeply offensive”, but: “I don’t believe that our platform should take that down because I think there are things that different people get wrong. I don’t think that they’re intentionally getting it wrong … It’s hard to impugn intent and to understand the intent. I just think, as abhorrent as some of those examples are, I think the reality is also that I get things wrong when I speak publicly.”

This week, Zuckerberg reversed his position. The company would now take down content that denies or distorts the Nazi genocide, he announced, because “my own thinking has evolved as I’ve seen data showing an increase in antisemitic violence”.

Just a day later, the company reversed another long-held policy, banning ads discouraging vaccination. “Our goal is to help messages about the safety and efficacy of vaccines reach a broad group of people, while prohibiting ads with misinformation that could harm public health efforts,” the company said.

Both those moves came after yet another reversal: banning the conspiracist QAnon movement from all Facebook platforms, two months after attempting to ban only the violent strains of the community, and four years after the movement first began with users on Reddit and 4Chan commenting that hacked emails from the Democratic party sounded concerning if one replaced the word “pizza” with “child”.

A Facebook source disputed the idea that the policy changes around the Holocaust, vaccines and QAnon were related to the election, arguing instead that the company was responding as rapidly as it could in the middle of a global pandemic that was forcing all companies to take rapid action.

At other sites, too, policy changes have ramped up in recent weeks. A suite of features on Twitter intended to add “friction” to the site, limiting the ability of posts to go viral, were announced this week. YouTube banned misinformation about coronavirus vaccines a day after Facebook banned ads on the topic. Even the crafting site Etsy acted, banning merchandise supporting the street-fighting Proud Boys group.

The policy changes “represent a bit of desperation on both platforms and society at large about meaningful ways of getting to grip with the problems,” said Jonathan Bright, a researcher in digital politics at the University of Oxford. “This is a very particular situation: I don’t think they’re planning on having this as their normal election playbook. For me it reflects an evolving acceptance on the part of platforms that they are wielding enormous power.”

Typically, he says, such platforms have bound their own hands, exercising “a reluctance to shut anyone off”. But the heightened tensions around the election have forced them to take far more concerted action than they would ever normally contemplate.

A Facebook spokesperson said: “Meaningful events in the world have led us to change some of our policies, but not our principles. A historic election is raising concerns about voter suppression and post-election uncertainty. The global pandemic has created new concerns about harm caused by medical misinformation. And longstanding racial inequality has contributed to heightened unrest. We remain committed to free expression while also recognising the current environment requires clearer guardrails to minimise harm.”

As expected, the new policies have caused a stir on the American right, with the blocking of the New York Post story crystallising a feeling that the platforms were acting specifically against Trump. On Wednesday evening, Twitter also reportedly locked the personal account of the White House press secretary, Kayleigh McEnany, for sharing the article.

The article implicated the former vice-president in connection with his son Hunter’s Ukraine business. It was headlined: “Smoking-gun email reveals how Hunter Biden introduced Ukrainian businessman to VP dad.”

The story focused on one email from April 2015, in which a Burisma board adviser thanked Hunter for inviting him to a Washington meeting with his father. But there was no indication of when the meeting was scheduled or whether it ever happened.

“We have reviewed Joe Biden’s official schedules from the time and no meeting, as alleged by the New York Post, ever took place,” the Biden campaign said.

The New York Post blasted the social media companies, saying they were trying to help Biden’s election campaign and falsely claiming no one had disputed the story’s veracity. “Facebook and Twitter are not media platforms. They’re propaganda machines,” it wrote in an editorial.

Trump tweeted that it was “terrible” that the social media companies “took down” the article – in fact, it was restricted, not removed – and renewed his calls to “repeal section 230”, a measure that keeps website hosts from being held responsible for content posted. Ironically, repealing section 230 would require Twitter to take down more content, including many of Trump’s tweets.

“The censorship Rubicon was crossed,” the hard-right online personality Mike Cernovich told his followers on Wednesday. “Mark Zuckerberg has declared himself your master and owner. Do you accept this?”

But such pushback may carry less weight than it once did, with opinion polling now suggesting not just a probable Biden win, but a possible Democratic sweep.

“Having engaged with Facebook, I wouldn’t say that the last few weeks have been radically different from [them] having watched the polls,” said Oxford’s Bright. “But there’s no doubt that they’re closely concerned with who is president.”