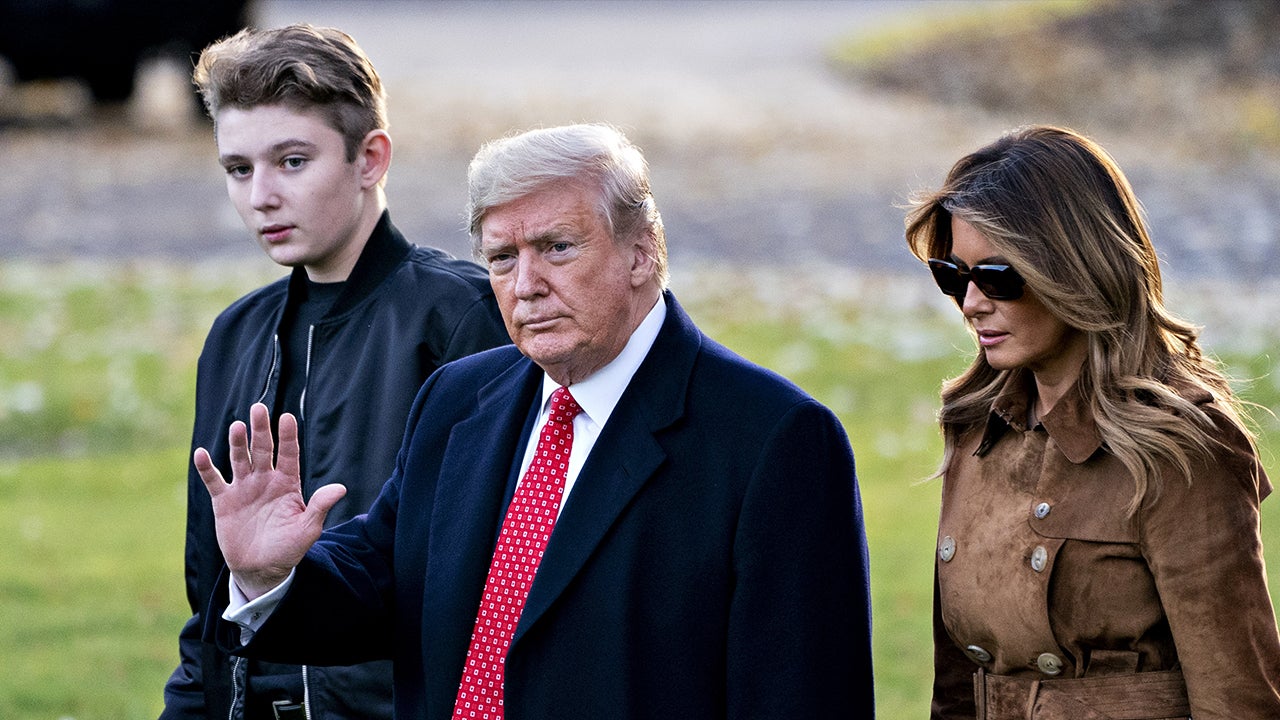 Despite testing positive for the coronavirus herself, Melania Trump says her son, Barron, was her first concern when COVID-19 began sweeping the White House. “Naturally my mind went immediately to our son,” Melania wrote in a personal essay, published by the White House. “I couldn’t help but think, ‘What about tomorrow or the next day?’ My fear came true when he was tested again and it came up positive.”

This was the first time the White House confirmed that 14-year-old Barron had tested positive for COVID-19. It came nearly two weeks after Melania’s own diagnosis, and the White House says Barron has since tested negative, and has never exhibited any symptoms.

“I was glad the three of us went through this at the same time so we could take care of one another and spend time together,” Melania wrote.

But how did Barron get exposed to the virus in the first place? Donald Trump’s niece Mary Trump is blaming the President and first lady for exposing her cousin to the virus.

“I am … relieved that my cousin is OK,” Mary, a psychologist, said on CNN. “But let’s be honest. He was put into a dangerous situation by his parents, who have not been taking adequate precautions.”

The president, however, downplayed his son’s bout with COVID-19 at Wednesday night’s mostly maskless rally in Des Moines, Iowa.

“He had it for such a short period of time, I don’t even think he knew he had it,” Trump claimed. “Because they’re young and their immune system are strong and they fight it off 99.9% and Barron is beautiful and he’s clean. Clean.”

Infectious disease expert Dr. William Schaffner said Barron is lucky his case was so mild. “We’ve known for some time that this virus affects children and young people less than older people, and I guess Barron is a nice example of that,” Schaffner told Inside Edition.

Nevertheless, Trump used his son’s case during the rally to renew calls to reopen schools. “Barron is just fine now. He’s tested negative,” he declared. “It happens. People get it and it goes. Get the kids back to school.”

Barron’s private school, however, is open for remote learning only. As schools across American struggle to reopen, a new study by Brown University reported that the infection rate in schools is low and that schools do not appear to be major spreaders of COVID-19.

Melania detailed her own difficult experience with COVID-19 in the essay, saying she went through “a roller coaster of symptoms” that hit her “all at once,” which included body aches, cough, headaches and extreme fatigue.

She thanked her team of caretakers for her recovery, and said she has since tested negative.