The 2021 BMW M4 Convertible took to the Nurburgring for some track-testing, and our spy photographers were there to capture this orange-finished prototype.

Other than the new shade and the lack of camouflage on the rear side windows, it looks exactly the same as before, with the huge kidney grille dominating the front end, large air intakes on each side, bulkier side skirts, extended fenders, a small boot lid spoiler with integrated third brake light and a four-fin diffuser that incorporates the quad exhaust pipes.

Related: See How The Old And New BMW M3 Sedan And M4 Compare 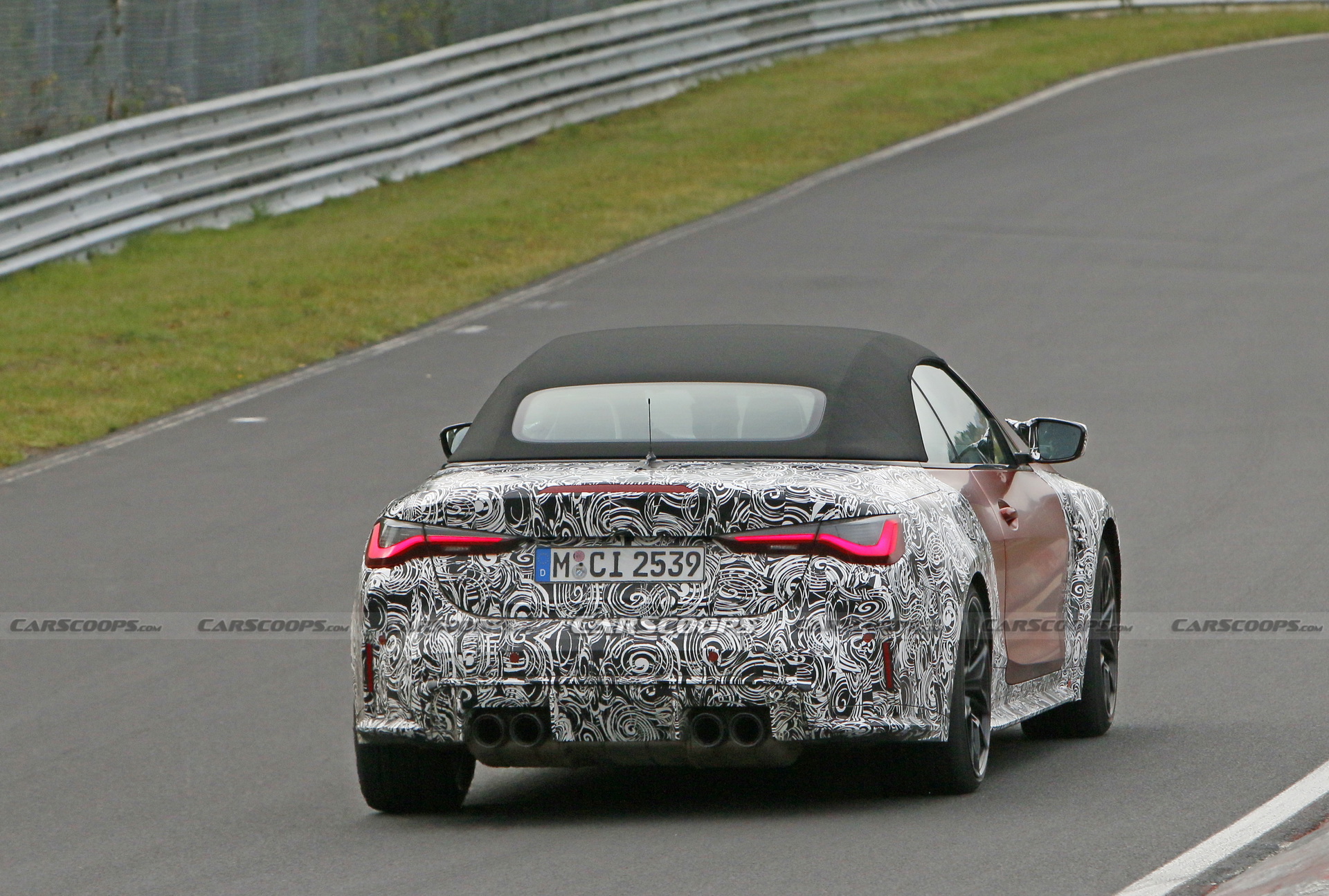 Unlike the current generation, which features a folding metal hard top, the all-new M4 Convertible will have a fabric soft top, which should lead to significant weight savings as well as a lower center of gravity. Other technical mods, compared to the regular 4-Series Convertible, will be the re-tuned chassis and steering, bigger brakes, dedicated driving modes, refined transmissions and, of course, the powerful twin-turbo 3.0-liter inline-six.

Available in two power levels, the engine will kick out 473 HP (480 PS / 352 kW) in the regular variant and 503 HP (510 PS / 375 kW) in the Competition. Like its fixed-top sibling, the new M4 Coupe, the upcoming M4 Convertible is expected to be offered with both six-speed manual and eight-speed automatic transmissions, as well as rear- and all-wheel drive, with the latter being be limited to the Competition.

The official unveiling date of the car has yet to be announced, but it’s likely it will premiere before next summer for the 2021MY.