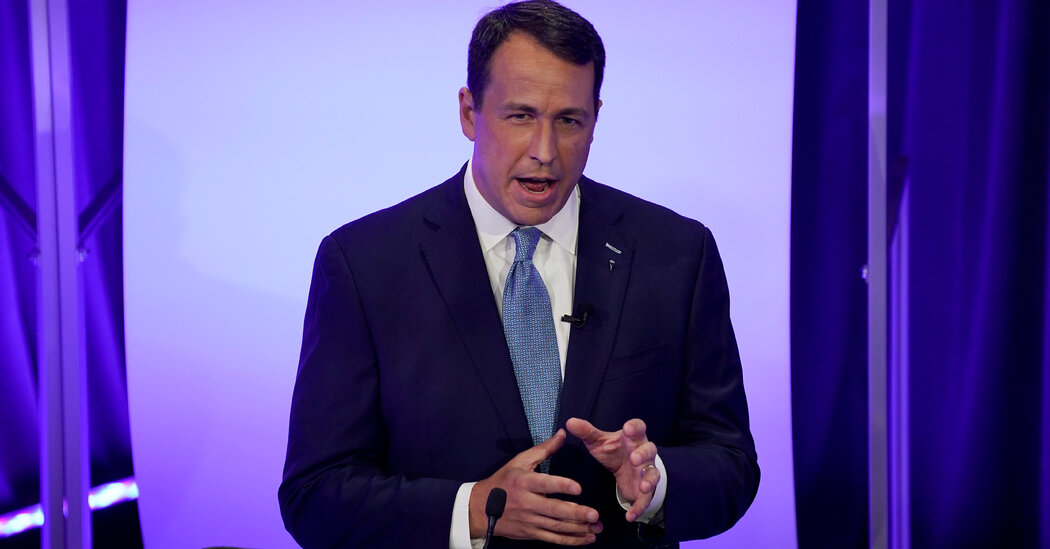 Less than three weeks until the election and I know you’re obsessed about those Senate races.

Seriously. You’ve gone as far as you can go with Joe Biden and Donald Trump. You now know more about them than about many members of your family. You sure see a hell of a lot more of them than you see housebound friends and co-workers.

Controlling the Senate would be crucial for a President Biden. And imagine about-to-be minority leader Mitch McConnell this holiday season, carving a turkey and muttering, “Give thanks for what?”

For Democrats, things are pretty rosy. Places that were seen as knee-jerk Republican until about five minutes ago are now full of fascinating, desperate fights.

Take Georgia. Georgians get to vote in two Senate races. The most riveting involves Kelly Loeffler, who was appointed to her seat by great Republican minds who figured what the nation needed most was another really rich person making policy in Washington.

Loeffler is the kind of rich person who lives in a mansion that has a name. In her most famous campaign ad, she boasts that she’s more conservative than Attila the Hun. She’s a co-owner of a WNBA team, the Atlanta Dream, whose players are encouraging fans to vote against her.

Loeffler’s fellow Georgians have so much respect for her talents that 21 are running against her. Chances are the top two vote-getters will wind up in a runoff.

This G.O.P. chaos is really all about Donald Trump, of course. Like everything else. Even some normally conservative states are awash in anti-Trump sentiment that fuels antipathy toward his allies in the Senate. The Donald is the captain of his personal political Titanic, and the Republican nominees for other offices are scrambling for their own little lifeboats.

Recently, Senator Martha McSally of Arizona was asked in a debate whether she was proud to be a Trump supporter.

“I’m proud that I’m fighting for Arizonans on things like cutting your taxes,” McSally responded. I believe we can write that down as a no.

There are so many Senate dramas, you can’t help feeling sorry for voters stuck with races so unexciting it’s hard to remember they’re going on. In Maine you can’t turn on a TV without being blasted with an ad for Senator Susan Collins or her opponent, Sara Gideon. They’re fighting one of the most competitive contests in the nation. In New Jersey, you’ll get far more information about the search for a new “Bachelorette” than Cory Booker’s re-election campaign, which is not bothering to run broadcast ads at all.

But at least Booker’s opponent, Rik Mehta, is still in the race. (Mehta bills himself as “a biotech entrepreneur, innovator, health care policy expert and a licensed pharmacist and attorney,” which guarantees he’ll at least win the one-sentence biography competition.) In Arkansas, Republican Senator Tom Cotton’s Democratic competitor was supposed to be Joshua Mahony, but about two hours after the final filing deadline Mahony announced that he needed to spend more time with his family and disappeared.

In Nebraska, Republican Senator Ben Sasse was supposed to be running against Democrat Chris Janicek in what would have been a tough one for Sasse to lose — even if Janicek had not sent his staff a group text naming one employee and asking if he should use campaign funds “getting her laid.” State Democrats are now urging voters to wipe Janicek out of their minds and support a write-in candidate.

Sex scandals are sort of a required subplot in national elections — if there aren’t a few you worry people aren’t looking. Perhaps you heard about the Democrat in North Carolina, Cal Cunningham, who appeared to be making a great run against Senator Thom Tillis until reports came out that Cunningham, whose campaign had stressed his military background and good character, had been having an affair with the wife of an Army veteran.

After news of the scandal swept through North Carolina, polls showed Cunningham was, um — widening his lead.

Remember this lesson, campaign-watchers. In voters’ checklist of things they require in a candidate, marital fidelity generally comes in somewhere below “wears nice shoes.” Why do you think that is?

Besides illicit sex, another theme that’s been cropping up here and there is age. In Oklahoma, Democrat Abby Broyles has been running ads against Jim Inhofe, the long-running Republican senator, pointing out that Inhofe, 85, has been in office since 1967 and “misses so many votes. So many meetings.”

Now those of you who are familiar with Inhofe may remember him as the guy who once brought a snowball to the Senate floor to demonstrate that global warming wasn’t a problem. And perhaps conclude the more meetings he missed, the better.

But Broyles seems more focused on the age issue — her campaign adviser made headlines by referring to Inhofe as “too damn old.” I think we can all agree that 85 is a tad past most people’s prime, but this is really not the year for the party of Nancy Pelosi and Joe Biden to be going down that road.