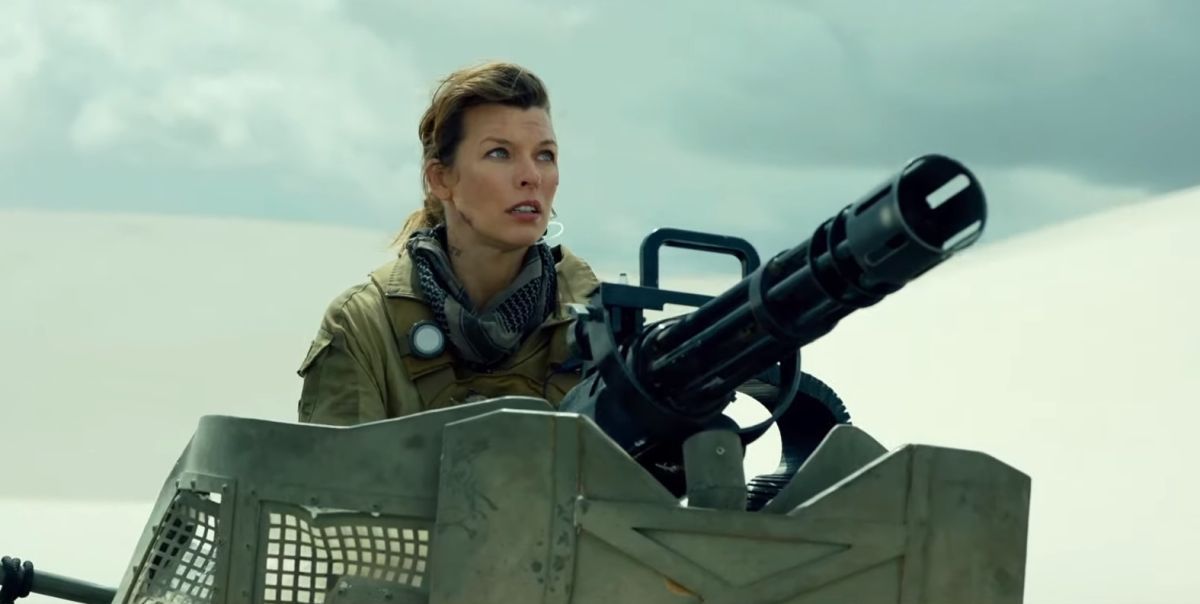 The Monster Hunter movie’s first full trailer is out in the wild, following a very brief teaser earlier in the month. We get to see Milla Jovovich, Tony Jaa, and their soldier pals get into plenty of peril, but more importantly we get a good look at some of the lovely monsters that have been rudely interrupted by these gun-toting humans.

First, let’s get up to speed. Captain Artemis (Jovovich) and her squad of soldiers find themselves transported to the world of Monster Hunter by a sandstorm—very Wizard of Oz—and quickly discover that their guns are no match for big ol’ dragons. They’ve got to get help from Hunter (Jaa) and Admiral (Ron Perlman) to survive, and along the way there’s a whole world-saving quest and presumably a few fights.

If you erase all the bits with soldiers and modern guns, it does look a great deal like Monster Hunter, with the creatures pretty faithfully recreated. There are a few more nods to the game, like the slinger getting Artemis out of danger, and we’ll even see the Meowscular Chef, a palico from Monster Hunter World, though sadly he doesn’t appear in the trailer.

Five of the series’ monsters show up, though it’s safe to assume we’ll see a whole lot more. That $60 million must have gone somewhere. First off, we get another look at the diablos, which is surprisingly good at sneaking up on people given its size. It hangs out underneath the sand and then jumps out when it gets visitors. After the amount of times it killed me in Monster Hunter World, I’ve still got a grudge.

It’s followed by some much nicer—but still pretty dangerous—apceros. They probably won’t want to eat the soldier buds, but pretty much everything in Monster Hunter is dangerous, and those tails sure look like they’d pack a wallop. I’d still take them over the creepy nerscylla, the giant arachnids we see chasing Artemis and her gang. They’re awful.

Along with the diablos, the trailer squeezes in an elder dragon, gore magala, and another huge wyvern: a fire-spewing rathalos. That’s a lot of heavy-hitters for a two minute trailer, and probably a bit too much for a group of soldiers who’ve maybe never even played Monster Hunter to take on.

It was previously delayed until April 2021, but it’s now set to appear on December 30 in the US and “soon” elsewhere.