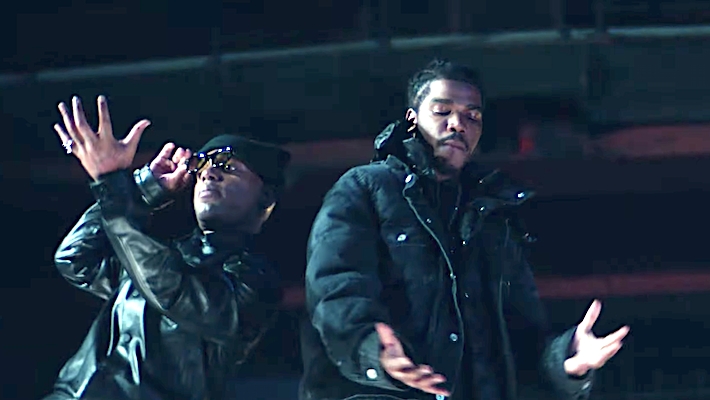 Chance The Rapper and MadeInTYO reunite on TYO’s new single “BET Uncut,” this time bringing along St. Louis rapper Smino — who Chance also worked with on his album The Big Day — to pay homage to the 2000s-era cultural institution. While the video isn’t quite as racy as you might expect from the song’s title, the three rappers do trade some flirtatious, tongue-in-cheek bars for the ladies over the hard-hitting K Swisha beat.

“BET Uncut” is the second high-profile single to feature MadeInTYO after his post-“Uber Everywhere” hiatus. In July, he popped up on ASAP Ferg’s “Move Ya Hips” alongside Nicki Minaj, contributing a catchy hook. Prior to that, he and DaBaby laid some verses for Chance’s Big Day single “Hot Shower.” TYO’s new release is the first from Never Forgotten, the follow-up to his 2018 album Sincerely, Tokyo, which arrives October 30.

Meanwhile, Chance has been riding out the pandemic with a string of innovative digital performances, including one for Ralph Lauren and one for Triller, while contributing verses to Justin Bieber’s “Holy,” Spillage Village’s Spilligion, and Baha Banks’ “Shake Dat Ass.”

Smino recently added a verse to Thundercat’s “Dragonball Durag” with Guapdad 4000, kept pace with JID on “Baguetti,” and dropped a surprise mixtape, She Already Decided.

Never Forgotten is due 10/30 via Private Club Records / Commission Music. See the tracklist below.