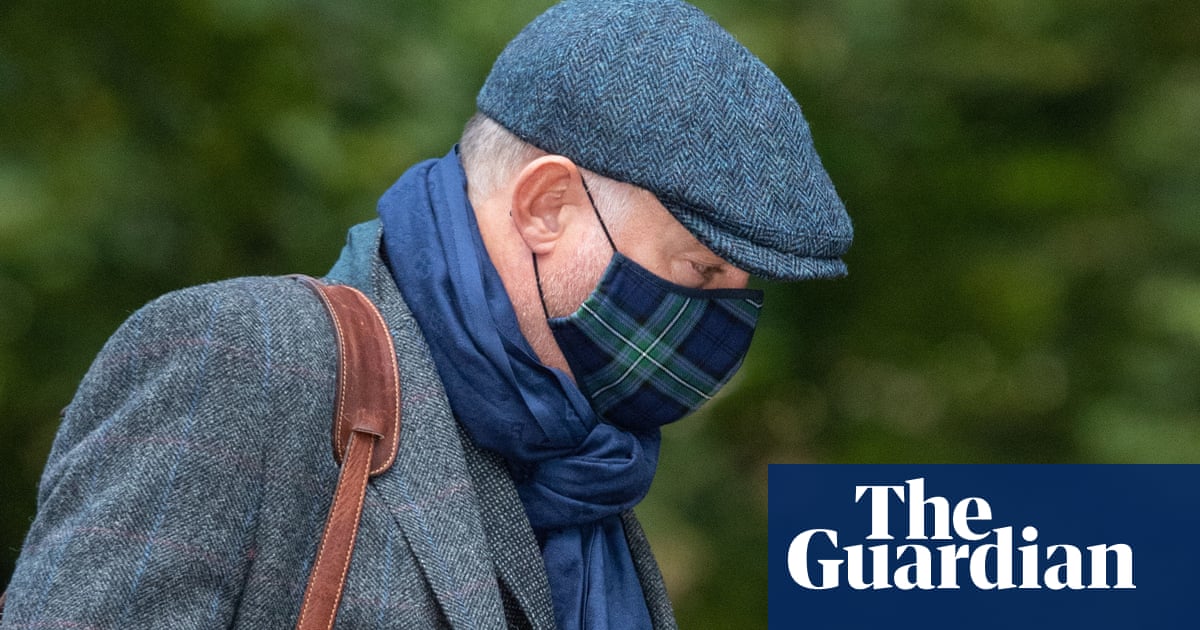 The former Blue Peter presenter John Leslie told a court that claims he had grabbed a woman’s breasts at a Christmas party were “crazy” and “ludicrous”.

Giving evidence at his trial at Southwark crown court, Leslie said in the years preceding the alleged incident he had been made out as an “aggressive, sexual monster” by the tabloid media.

Leslie is accused of making a “solid grab” for both of the complainant’s breasts at the party in 2008.

The idea was “just crazy, especially the way that I was with everything that had been going on,” he said.

“I was paranoid, I was aware and conscious of wherever I was. To go up to a total stranger I have never met and to do that is just ludicrous.”

He added: “I have never assaulted anybody. I would never do that. It’s not in my nature.”

With his voice breaking at times, he said his life had been changed completely in 2002.

The jury heard that in that year Leslie’s former girlfriend, Ulrika Jonsson, had said in her autobiography that she had been raped by someone whom she did not name. Leslie was named by a TV presenter on air who later apologised, saying he named him in error, the court was told.

Leslie said there had never been any sexual assault allegations against him before his name was wrongly linked to the book, and described the fallout as “armageddon”.

“Overnight it was just crazy and my life was never the same again,” he said.

The tabloids were “gunning for me”, and “they decided I was their man”, he said. There had been “adverts for women to come forward with allegations”.

In 2003 two charges of indecent assault made by one woman were dropped, and not guilty verdicts were recorded.

He had become reclusive, depressed and suicidal, he said. “I lost everything.”

The complainant alleges Leslie grabbed her breasts and laughed, immediately after they shook hands, before walking away without saying anything. The jury has heard how she was left feeling shocked.

Earlier, the jury heard claims that a female companion of Leslie’s who was with him at the 2008 party in the West End of London had later apologised for his behaviour, saying that he sometimes got “overexcited” and that it had been a long time since he had been at a party like that.

The witness, a friend of the complainant, said she remembered “the aftermath”, but did not recall seeing the alleged incident.

The complainant was shocked, she said. “John’s demeanour did not change. He was still very excitable and very happy to be there, but there seemed to be a sudden shift of atmosphere from [the complainant]. And there was almost disbelief and sort of a galled feeling.”

Another witness at the party said the complainant had told her Leslie had touched her breasts. The woman said Leslie had “not been unknown to touch people inappropriately”, adding: “If someone at a party squeezed your bottom it was more than likely to be John Leslie.”

Asked if she was saying Leslie had squeezed her bottom, she said: “On occasion, yes, he has.” Leslie denied this claim when questioned about it, saying: “That’s just not true.”

Leslie, 55, who has an address in Edinburgh, denies sexual assault by intentionally touching the complainant without her consent.