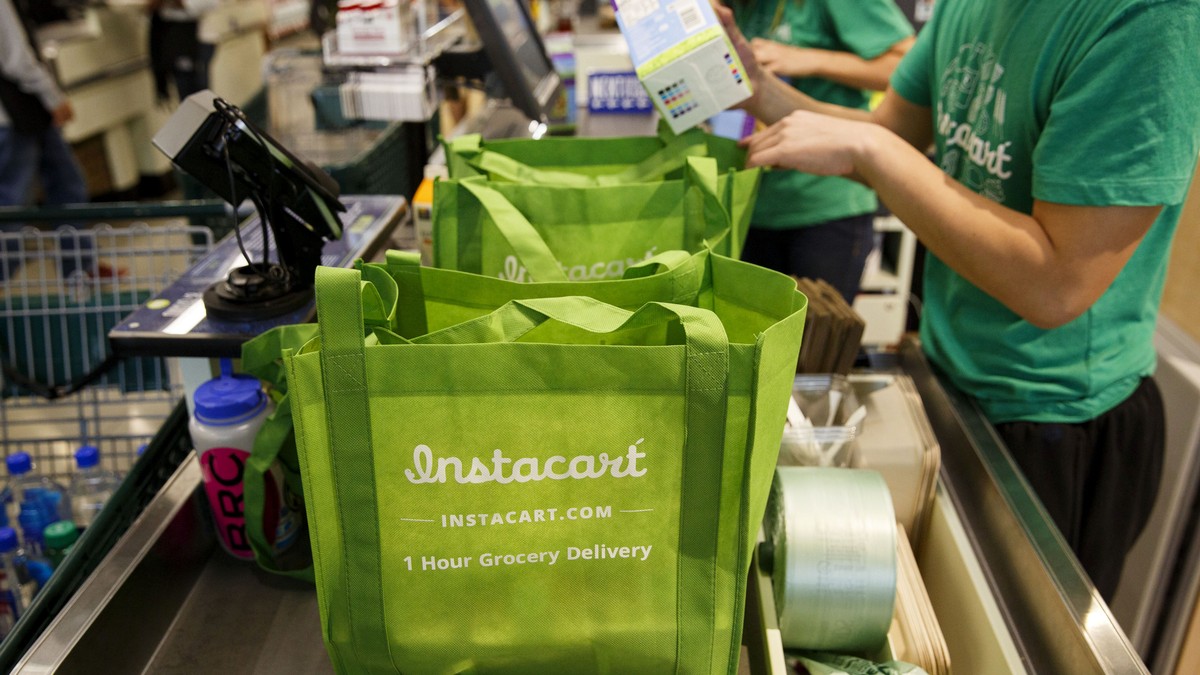 Instacart workers were instructed to insert stickers and fliers endorsing a controversial California ballot measure into customers’ shopping bags at a grocery store in Berkeley, California this weekend, causing outrage among some labor activists and gig workers.

The ballot measure, known as Proposition 22, would exempt gig economy companies including Instacart, Uber, and Lyft, from classifying their California workers as employees, allowing them to avoid providing workers with certain protections, such as overtime pay, minimum wage, unemployment insurance, and the right to unionize—as required by AB5, a law that went into effect in January. This means, in effect, Instacart was forcing precarious contract workers to advocate against their own interests.

A spokesperson for Instacart said that the company did not plan to expand the flyering and stickering effort to other grocery stores, and that the instructions workers received to distribute Proposition 22 materials were optional and in compliance with campaign finance rules.

But language used in the instructions received by Instacart’s gig workers does not make it clear that this was optional. “Please retrieve one Prop 22 sticker and insert and place it in your customer’s order,” reads a message that popped up on workers’ phone screens before they delivered groceries.

Instacart in-store shoppers, who are employed directly by Instacart, also received Proposition 22 fliers and stickers at the Berkeley Bowl grocery store on Sunday.

“Prop 22 is needed to protect tens of thousands of opportunities for shoppers, and to preserve the affordable and convenient grocery delivery services millions of Californians rely on,” the spokesperson for Instacart said. “As part of our support for Prop 22, we’re communicating directly with customers and shoppers on this important issue.”

The Instacart spokesperson would not explain why Instacart apparently only distributed these materials to a single store in the Bay Area or if they originally had planned to expand this effort at other stores. On Saturday, screenshots of the instructions posted by Vanessa Bain, an Instacart gig worker and a co-founder of the non-profit, the Gig Workers Collective, went viral on Twitter.

In California, there’s a permanent banner in the Instacart app that gig workers use that says “Yes on Prop 22.”

“This is the first time Instacart has directed shoppers to distribute Prop 22 messaging and a lot of shoppers have expressed that they think this is shameful,” Bain told Motherboard. “At the same time, many of your average gig workers don’t know what’s at stake under Prop 22, and most of the information workers get is provided by Instacart and other gig companies. The effort to mislead workers and customers is being spearheaded by these companies themselves.”

“Because companies have direct access to workers and customers, they’re at a huge advantage,” she said. “A lot of this is very confusing for workers to understand, because AB5 took effect this year, and nothing about our jobs has changed yet.”

Using its app, Uber has also directed its drivers to vote yes on Proposition 22.

The Yes on Proposition 22 campaign, which is backed by gig economy giants including Instacart, Uber and Lyft, has raised over $186 million that has been spent, in large part, on radio, television, digital advertisements that have become ubiquitous in California in recent weeks.

In September, Instacart, which quadrupled its workforce during the pandemic and reported profitability for the first time since its founding in 2012, donated $17.5 million to the Yes on Proposition 22 campaign.

If the ballot measure succeeds, Instacart and other gig economy companies will be allowed to continue treating their workers as independent contractors with a few new benefits, including healthcare and disability subsidies for workers, who put in a certain amount of hours.