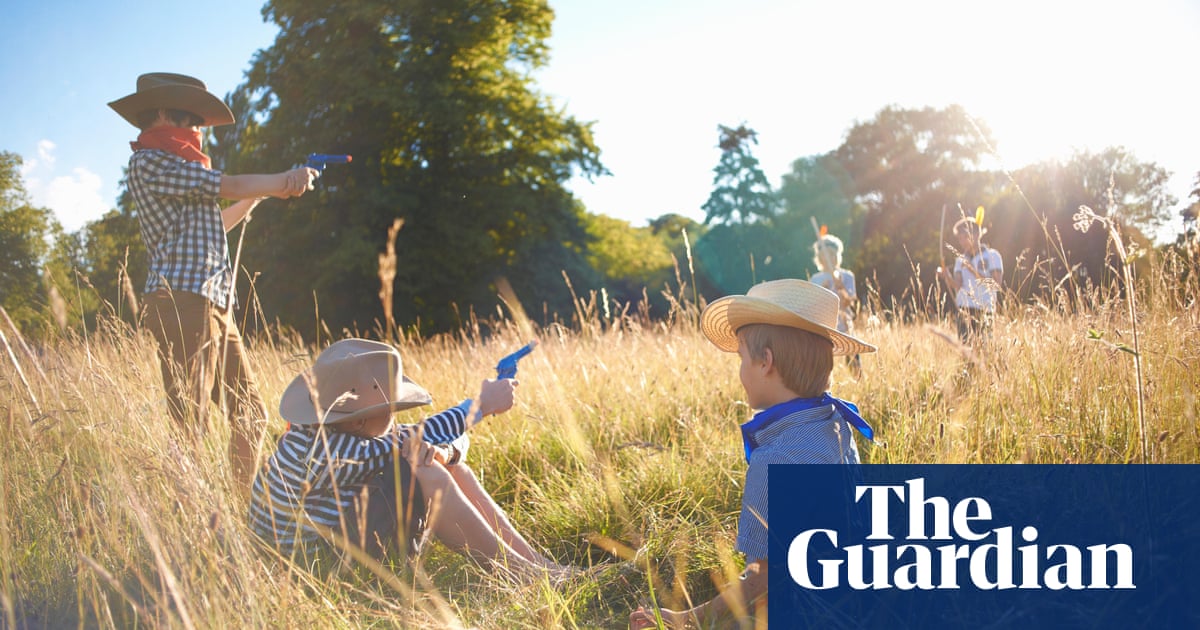 Children whose outdoor play areas were transformed from gravel yards to mini-forests showed improved immune systems within a month, research has shown.

The scientists believe this is because the children had developed significantly more diverse microbes on their skin and in their guts than the children whose playgrounds were not upgraded.

Across the western world, rates of autoimmune diseases, where the body mistakenly attacks itself, are rising. The diseases include asthma, eczema, type 1 diabetes, inflammatory bowel disease and multiple sclerosis. A leading possible explanation for this trend, called the hygiene hypothesis, is that children are being exposed to far fewer microbes than in the past. This means their immune systems are less challenged and more prone to making mistakes.

Previous studies have shown statistical associations between exposure to microbial diversity and the development of a well-functioning immune system. But this is the first study to deliberately change the children’s environment and therefore indicate a causal link.

The researchers said their experiment shows it may be possible to improve the development of the immune system with relatively simple changes to the living environments of urban children.

The study involved 75 children in two cities in Finland, a relatively small number for a trial. “But when we saw the results, we were very surprised because they were so strong,” said Prof Aki Sinkkonen, at University of Helsinki, who led the work. “Our study can pave the way for new preventive practices to cut the global epidemic of immune-mediated diseases.”

Sinkkonen said there are similar experimental studies currently taking place elsewhere but their results have not yet been published. His team has now started research to see if giving babies a boost in microbe diversity then goes on to reduce levels of autoimmune disease.

“It is wonderful forward-looking work.” said Prof Graham Rook, at University College London. “Many of the disorders that are increasing in western urbanised populations are due to failure of the mechanisms that supervise the immune system. This study shows that exposing children to a biodiverse natural environment boosts several biomarkers of the essential control mechanisms. These Finnish research groups have been leading the way in applying this understanding in a practical way.”

The research is published in the journal Science Advances and was conducted by a large team including experts in medicine, ecology and urban planning. The children were between three and five years old and spread between 10 similar daycare centres.

In four centres, turf from natural forest floors, complete with dwarf shrubs, blueberries, crowberry, and mosses, were installed in previously bare play areas. The children spent an average of 90 minutes a day outside and were encouraged to play with the plants and soil. “It was easy because [the green area] was the most exciting place in the yard,” said Sinkkonen. The cost for each green yard was around €5,000, less than the annual maintenance budgets for the yards.

Tests after 28 days showed the diversity of microbes on the children’s skin was a third higher than for those still playing in gravel yards and was significantly increased in the gut. Blood samples showed beneficial changes to a range of proteins and cells related to the immune system, including anti-inflammatory cytokine and regulatory T cells.

The researchers gave all the children the same meals each day and excluded the small number who had been given probiotic supplements by their parents. The scientists could not control the home environment but said the fact that a significant effect was seen despite variable home conditions shows the effect of the forest intervention was strong.

The researchers are also investigating whether sand pits can be inoculated with diverse microbes to boost the immune system of children in places where forest soil and plants are not available.

Prof Glenn Gibson, at the University of Reading, in the UK, and a board member of the International Scientific Association for Probiotics and Prebiotics, said: “This is an interesting study and potentially important but I do not agree that diversity is the key marker for gut health. High functionality can occur with low diversity. For instance, look at a virus that sweeps the world. Having said that, the researchers have assessed certain health biomarkers and not relied solely upon diversity as an indicator, so it is good study.”

A report in 2019 by the UK’s Royal Society for Public Health concluded that grubbing around outside is important for building a robust immune system, but that cleanliness is still vital when people are preparing and eating food.