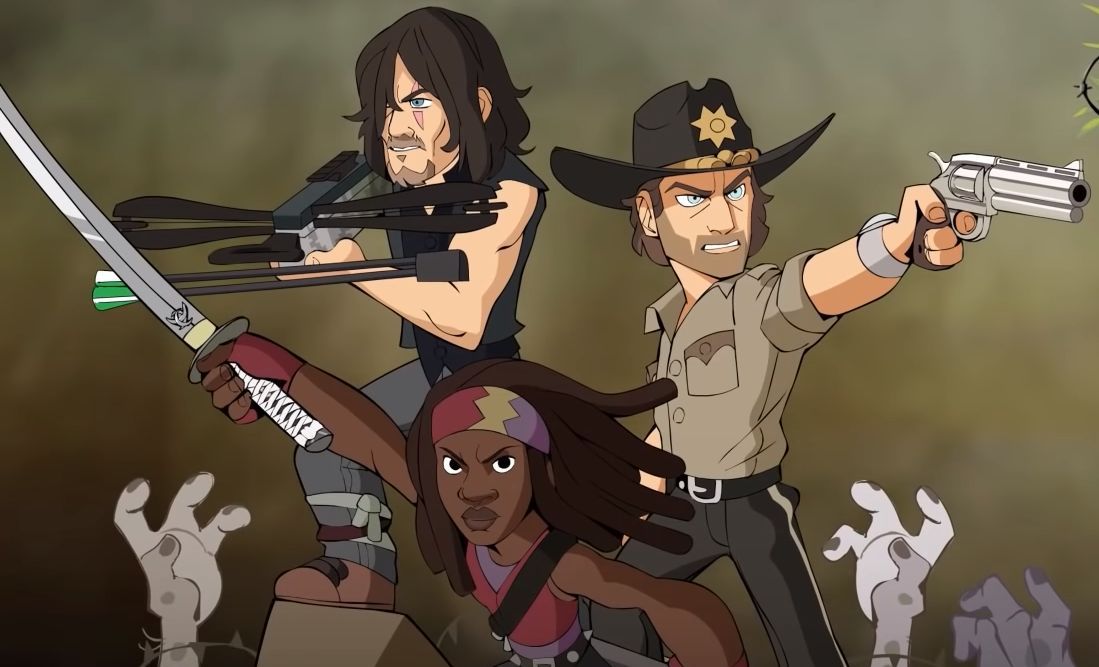 While still not as powerfully strange as The Walking Dead’s crossover with the Bridge Constructor games, seeing the TV show’s cast turned into cute little videogame versions of themselves to join the cast of Brawlhalla, the “what if Smash Bros. but on PC” platform-brawler, is still odd. Especially when that former representative of the PC as a platform, Minecraft Steve, is now in Super Smash Bros. Ultimate (which is surely a top 10 anime betrayals situation).

Rick, Michonne, and Daryl have joined the cast of playable brawlers in Brawlhalla, mirroring the abilities of existing characters Barraza, Koji, and Ember only with custom effects. Like Daryl producing a motorbike out of thin air, slamming it into someone while shooting a crossbow at them, then leaping off as it bursts into flame, as you do. There’s also a new game mode and brawl of the week called Walker Attack, a survival mode where players compete for high scores against waves of zombies.

Since Ubisoft acquired Blue Mammoth Games, the studio behind Brawlhalla, it’s featured crossovers with Adventure Time, Ben 10, Steven Universe, the WWE, and Tomb Raider, which all canonically take place in the same universe now, as does Tekken since Negan showed up in Tekken 7. I don’t make the rules.