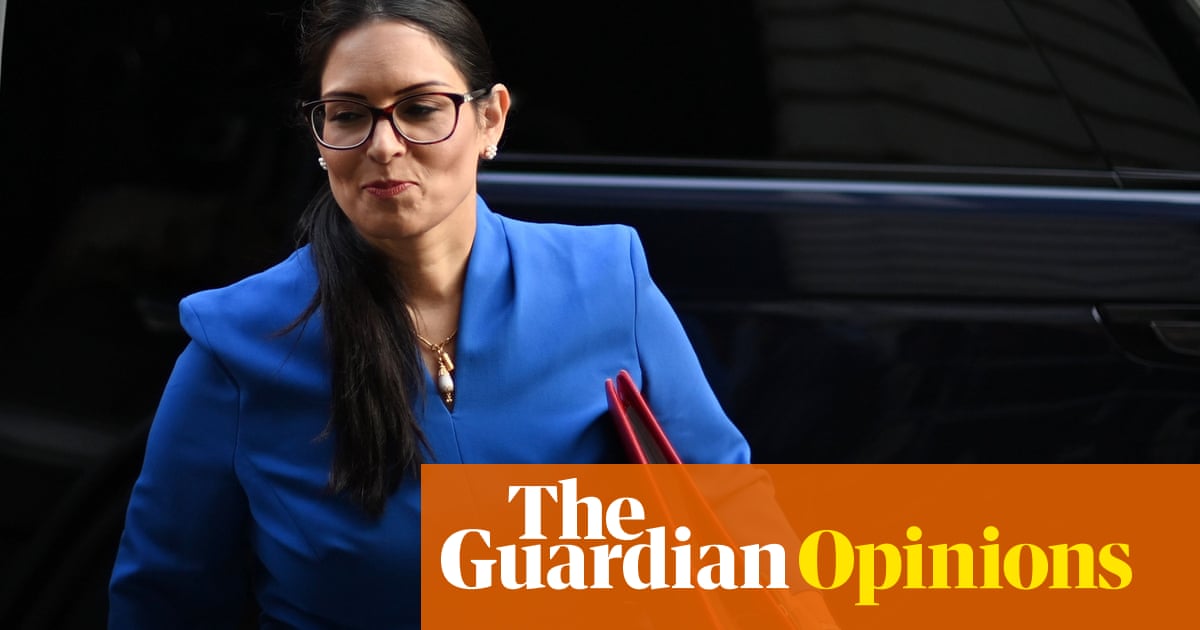 This year, largely because of the travel shutdown caused by the Covid-19 pandemic, the numbers of people from around the world seeking asylum in Britain have plummeted to a 10-year low. Now read those words again. Not a 10-year high – but its opposite, a 10-year low. Even last year, pre-Covid, there were only around five asylum applications for every 10,000 people living in the United Kingdom. That compared with 14 applications per 10,000 across the European Union as a whole. Measured by asylum claim rates, the UK was 17th on the list of European countries last year.

You would never guess any of this from the way the home secretary Priti Patel goes about her job. Ms Patel has the nastiest view of her department’s task of any home secretary in decades – and there have been some nasty ones. She is obsessed with parading toughness towards asylum seekers as part of her Margaret Thatcher tribute act. Her only concerns are to keep asylum seekers out by whatever means she can, and to claim the credit. She is more interested in generating headlines than in solving this or any other Home Office problem, let alone in cooperating with other countries to do so. Faced with a deepening autumn coronavirus crisis on several fronts, Downing Street is happy to change the subject in this way too. It seems almost certain that Dominic Cummings, with his Dr Strangelove-style approach to difficult and complex human problems, is involved in this too.

It is perhaps no coincidence that the current flurry of stories about a range of eye-catchingly crude policy ideas against asylum seekers have all been published just before the Conservative party’s virtual conference next week. First out of the traps was the suggestion that the Home Office was considering dumping asylum seekers on Ascension and St Helena in the south Atlantic. This was followed by the idea of placing them in disused ferry boats or oil rigs off the British coast. Next came the possibility that asylum-seekers might be transported to Moldova, Morocco or Papua New Guinea. On Thursday – the first of October not April – it was claimed that the government is in secret talks with the maritime industry to explore constructing floating walls in the English Channel, in the middle of one of the busiest shipping lanes in the world.

Every one of these ideas is as impractical as they are inhumane. Britain is rightly a proud signatory of the Geneva convention on refugees, under which states must give refuge to people with “a well-founded fear of being persecuted.” Processing these claims requires time, due process, resources and, above all, a recognition of human responsibility towards those who are seeking refuge. Simply dumping asylum seekers on rocky outcrops in the Atlantic, or leaving them to stew on rusting ferries in remote parts of the UK in winter, or manufacturing blockages in the Channel in which ships and other craft will be certain to become entangled, or worse, is both stupid and sadistic.

All this is designed to play to a nativist gallery. The echoes of Donald Trump are doubtless intentional. The influence of the right wing former Australian leader Tony Abbott, now working for the trade secretary, is perhaps discernible too. This government has acquired a taste for ignoring legality and breaking its international agreements. But ministers should be careful of what they wish for. The Tories did not win elections when they were the nasty party. Most people in this country, unlike Mr Cummings, still take laws and promise-keeping seriously. They know that complex issues like asylum seeking will only be solved by international cooperation, in this case with France.

Everything may be on the table, as the top Home Office civil servant Matthew Rycroft claimed to MPs yesterday. But this rotting hulk of inhumanity, impracticality and illegality should be swept off that table immediately.