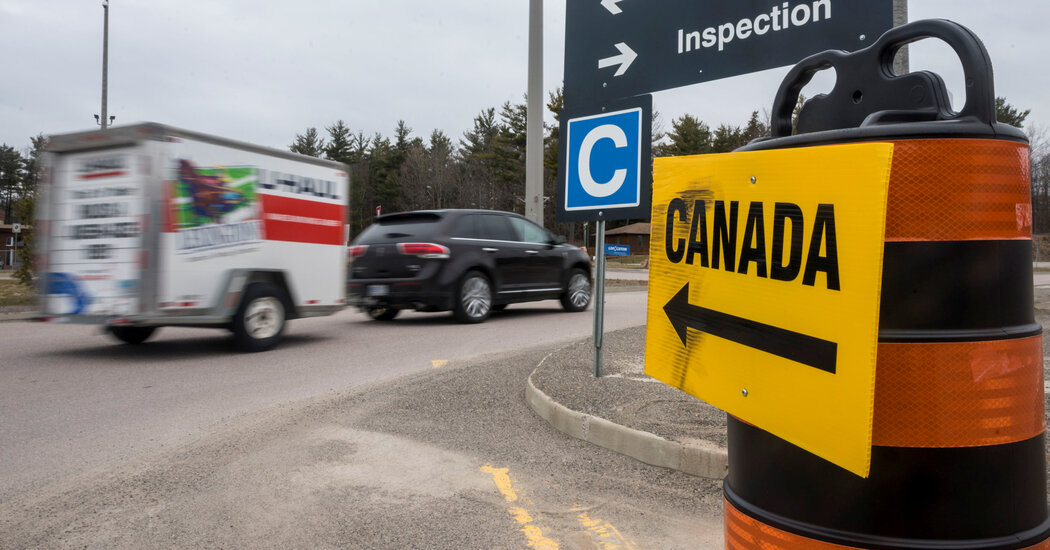 The first time I heard someone say it, I thought it was a joke.

“I’m leaving this country,” my friend muttered. “If Trump is re-elected, that’s it. I’m never coming back.”

I thought it was a joke because I didn’t believe that Donald Trump could possibly be re-elected. Not after all these years of racism. Not after declaring our fallen soldiers “losers,” trying to cripple the post office, calling those who rallied alongside neo-Nazis “very fine people” and putting children in cages. Not after that time he had demonstrators tear gassed so he could wave a Bible around in Lafayette Square. Not after his ineptitude helped bring us to more than 200,000 deaths from the Covid-19 pandemic. Not after the economic collapse. Not after refusing to commit to a peaceful transfer of power. Not after lie after lie after lie.

Surely the November 2020 election wouldn’t even be close. Because the moral arc of the universe bends toward justice. Doesn’t it?

I also thought it was a joke because surely my friend wouldn’t choose to start life over on a foreign shore. Surely, no matter how bad things get here, they won’t be bad forever — isn’t it our duty as Americans to try to resist the evil of these days, to fight back and do whatever we can to restore this country to its better self?

But all summer long I’ve been hearing the refrain — friends who swear they’ll move to Canada. To New Zealand. To Argentina. To almost any place but here, if Donald Trump somehow wins again.

Since Ruth Bader Ginsburg’s death, the whispers have grown louder. Enough with Mitch McConnell already. Enough with Lindsey Graham. Enough with the National Rifle Association, and the Alliance Defending Freedom and the Federalist Society. Enough with the QAnon supporters who believe — who actually believe — that Democrats eat children. Enough with Donald Trump, and with everything this country has become.

It’s too late, some of my friends say. Even if Joe Biden is elected, America is broken for good. Congratulations, Fox News. You win!

I have resisted this line of thinking, for many reasons. For one, I’m reluctant to surrender my country to Trumpists. It goes against everything I believe in to let the worst of us — can I call them “deplorables” now? — claim victory. For another, leaving the country has felt to me like an option available only to people of privilege, people who have the money to pull up stakes and start life over. And finally, could I ever love another country as much as I have loved America, on its best days?

But maybe, as the old song goes, I think I’d better think it out again. Because the love I’ve felt for America on its best days is now overshadowed by shame and anger.

I have begun to do my research. My wife and I lived in Ireland in the late 1990s, when I taught at University College Cork, and I would love to go back there. It’s become one of the most progressive countries in the world. And, there’s the Guinness and the Murphys and the Beamish. The music. The reverence with which the county treats its writers. The wild Atlantic off the Dingle Peninsula.

Irish citizenship, however, is available only if your grandparents or parents were Irish; exiles from the Great Hunger of the mid-nineteenth century (like my Boylan forebears,) are a generation or more too distant.

My mother’s family came to this country from Germany — or to be more specific, East Prussia. But Mom was born here, and the Germans won’t give you citizenship unless your parents were German. (Or if you’re a descendant of German citizens who fled the Nazis.) So Germany looks like a long shot. And of course, East Prussia doesn’t even exist any more; after 1945 it was divvied up between Poland and the Soviet Union. Would emigrants from East Prussia even be considered German nationals by the current Bundesrepublik? Es ist nicht sicher.

Then there’s Lithuania. My paternal grandfather was born in Mazeikiai in 1890. Lithuania will consider you for citizenship if your grandparents were citizens — although this is complicated for me by the fact that when my grandpa was born, the country was still part of the Russian Empire. But it’s not impossible that this is my last-ditch route to an E.U. passport. Once I’m officially Lithuanian, I could use the E.U. passport to move to — that’s right: Ireland! You see? The system works!

But what do I know about Lithuania? The language, for what it’s worth, is said to be a lot like Russian. Except harder.

I know that to say hello you say sveiki! And to bid farewell, you say atsisveikinimas.

I also know it’s not exactly the most L.G.B.T.Q.-friendly nation in the European Union. So that gives me pause, too.

The journalist Audrey Edwards has an amazing new collection of essays, “American Runaway: Black and Free in Paris in the Trump Years,” about her experiences as an expat. “Running has historically been a revolutionary move and valuable skill in my community,” she writes. “Historically, we had good and noble reasons to run: To save our lives. Reclaim our spirits. Be free.”

I am not a Black American — I am, in fact, as white as a pail of goat’s milk. But as a queer person I know what it is like to yearn to reclaim one’s spirit, and be free.

Ms. Edwards moved to Paris the day before Trump’s inauguration. “Made it out just in time,” she writes.

France has its own prejudices, of course, but Ms. Edwards says that the lack of American-style racism is a breath of fresh air. She notes that African-Americans living in Paris are one of the biggest expatriate communities in Europe, the contemporary version of a movement that, over the last century, has included Josephine Baker, Richard Wright, James Baldwin and many others.

Ms. Edwards may be unusual in having actually left the country in response to what America has become — but my guess is that the desire to run is growing.

On the morning after the Breonna Taylor decision, the Pulitzer Prize-winning poet Jericho Brown asked his followers on Twitter, “What is the safest (read ‘least dangerous’) municipality in the world for a queer black person to live while being around a contingency of other queer black people?” Of the many replies, only a handful mentioned cities in America.

Mr. Brown tells me he is just doing research, for now. But can I just say that it is shocking that a generation of Americans is now “doing research”? That so many people are wondering out loud if it’s simply time to get the hell out of here?

This is what Donald Trump has brought us to — a place where we begin to wonder if our country is finished, a time where we would rather begin to start over somewhere else than continue to live this way.

During the Vietnam era of my childhood, a thing conservatives used to say was, America; Love it or Leave It. I used to take this as a challenge — to turn this taunt into an inspiration. We shouldn’t abandon our country, I thought; we should have the courage to make it better, to fight the racism and injustice in its heart.

I used to think: America, love it, or change it — so that someday you may love what at last it has become.

Now, after four years of Trump, I may have a different motto.