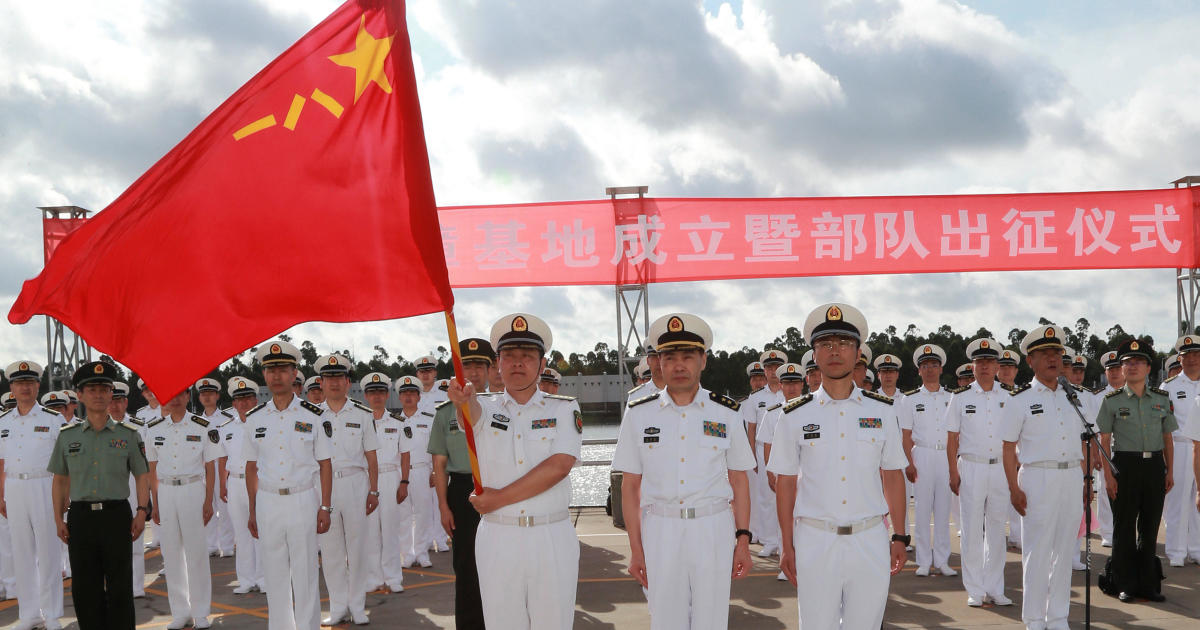 Washington — The U.S. intelligence community must shift areas of focus and realign the resources it has dedicated to addressing the strategic threat from China, or Washington risks ceding its global leadership role to Beijing, according to the summary of a highly classified report released Wednesday by the House Intelligence Committee.

“Absent a significant realignment of resources, the U.S. government will fail to achieve the outcomes required to enable continued U.S. competition with China on the global stage,” the report, a rare bipartisan product of the long-divided committee, concluded.

“The nature and pace of China’s transformation into a near-peer, global competitor demands the focused attention of the U.S. intelligence community,” it said.

The report, labeled a “Deep Dive” on the strategic and intelligence challenges posed by China, was commissioned by Democratic committee Chairman Adam Schiff in May of 2019. Committee staff of both parties were tasked with evaluating the substance and efficacy of the work done by the 17 agencies of the U.S. intelligence community to collect, analyze and deliver intelligence on Chinese targets.

The review, based on hundreds of hours of interviews with intelligence officers and quality checks of thousands of analytic products, also evaluated the intelligence community’s budget allocations. The final report includes more than two dozen public, and more than 100 classified, recommendations.

“Our nation’s intelligence agencies have a lot of work to do to fully address the challenge posed by China,” Mr. Schiff said in a statement accompanying the report. “Absent a significant and immediate reprioritization and realignment of resources, we will be ill-prepared to compete with China — diplomatically, economically, and militarily — on the global stage for decades to come.”

Among the report’s unclassified conclusions is that U.S. intelligence agencies place “insufficient emphasis and focus on ‘soft,’ often interconnected long-term national security threats,” including the potential spread of pandemic disease and effects of climate change.

The report comes amid historic tension in the U.S.-China relationship, exacerbated by sputtered trade talks and blame-trading over the global coronavirus pandemic that has led to over one million deaths worldwide.

The Trump administration has brought dozens of indictments against Chinese individuals and business entities for alleged espionage and theft of trade secrets — including, in 2019 alone, three cases of former intelligence officers charged with handing over classified materials to China’s intelligence services.

“Broadly, the committee assesses that China’s intelligence services will continue to pose a formidable challenge to the U.S. intelligence community which will require equal parts ingenuity, humility, and vigilance to address,” the report said.

“As China’s propaganda and disinformation behavior and tools continue to advance and the U.S.-China relationship becomes increasingly contentious, Beijing’s posture will likely continue to evolve in the coming months and years,” the committee staff observed.

The committee’s review did not explicitly fault either the intelligence community’s leadership or the Trump administration for existing shortcomings. Those were ascribed instead to the U.S. government’s labored reorientation from a post-9/11 counterterrorism focus to one on strategic threats posed by competitive and adversarial powers like China and Russia.

“[W]hile the United States was busy engaging al Qaeda, ISIS, and their affiliates, offshoots and acolytes, Washington’s unchallenged dominance over the global system slipped away,” the report said. “[China has] used the past two decades to transform itself into a nation potentially capable of supplanting the United States as the leading power in the world.”

A Democratic committee official said the report was intended to serve as something of a call to action, but stopped short of saying the U.S. risked a “massive” intelligence failure without immediate reform.

“Without having a more serious look at funding and resources and capabilities and leadership, they’re not going to be setting themselves up for success,” the official said.

Committee officials said they had engaged throughout the review with U.S. intelligence agencies and incorporated their views and feedback into the report’s findings. The Office of the Director of National Intelligence did not immediately respond to a request for comment on the substance of the report.

Officials also said the report was in keeping with the panel’s tradition of providing rigorous oversight on intelligence challenges posed by China in particular. It follows a lauded, bipartisan investigation released in 2012 under then-Chairman Mike Rogers, a Republican, and Democratic Ranking Member Dutch Ruppersberger into the national security concerns raised by Chinese telecommunications giant, Huawei.

The committee’s staff has also been working since April on a separate “Deep Dive,” officials said, into the intelligence community’s handling of the COVID-19 pandemic.