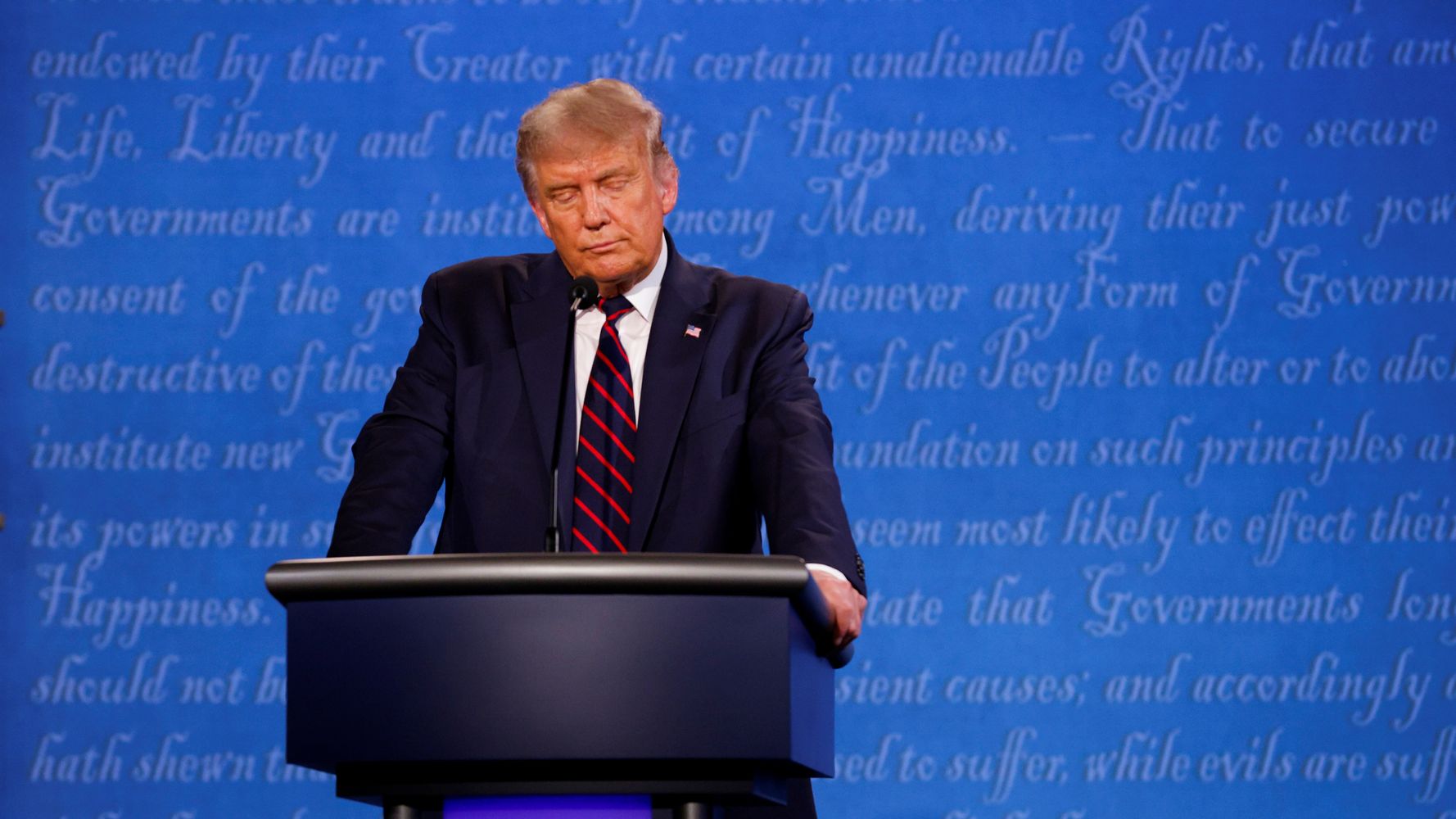 One day after verbally sparring with Democratic nominee Joe Biden in a chaotic mess of a presidential debate, President Donald Trump blasted his opponent on Twitter because he “refused” to use the term “law & order.”

Biden REFUSED to use the term, LAW & ORDER! There go the Suburbs.

Twitter users quickly responded to the tweet, pointing out that Trump would be wise to avoid speaking about refusals — particularly since, when presented the opportunity during the debate, the president refused to condemn white supremacy and instead told the Proud Boys to “stand back and stand by.”

You REFUSED to denounce white supremacy.

You REFUSED to warn Americans about the dangers of COVID.

The president literally told a neo-Nazi group to “stand by.”

He refused to denounce white supremacists, who according to the FBI are the greatest domestic terrorism threat. https://t.co/NZngBxT7QH

You were given the opportunity to condemn white supremacy and undercut a major democratic talking point, even with a *lie*, and you refused. https://t.co/j8bDKigYsd

Drop the moderator reviews & focus on this:

These statements have deep national ramifications & will on Election Day

I hope everyone writing “this debate was a disaster” pieces tonight is clear about why: Trump refused to be civil.

Trump’s take on Biden refusing to say the phrase “law and order” was also outright false, as pointed out by several Twitter commentators. Biden had, in fact, said the three words, arguing that he was in favor of “law and order with justice, where people get treated fairly.”

Actually he said it and said you wouldn’t know a suburb if it hit you in the face. Maybe you should have listened instead of praising Nazis.