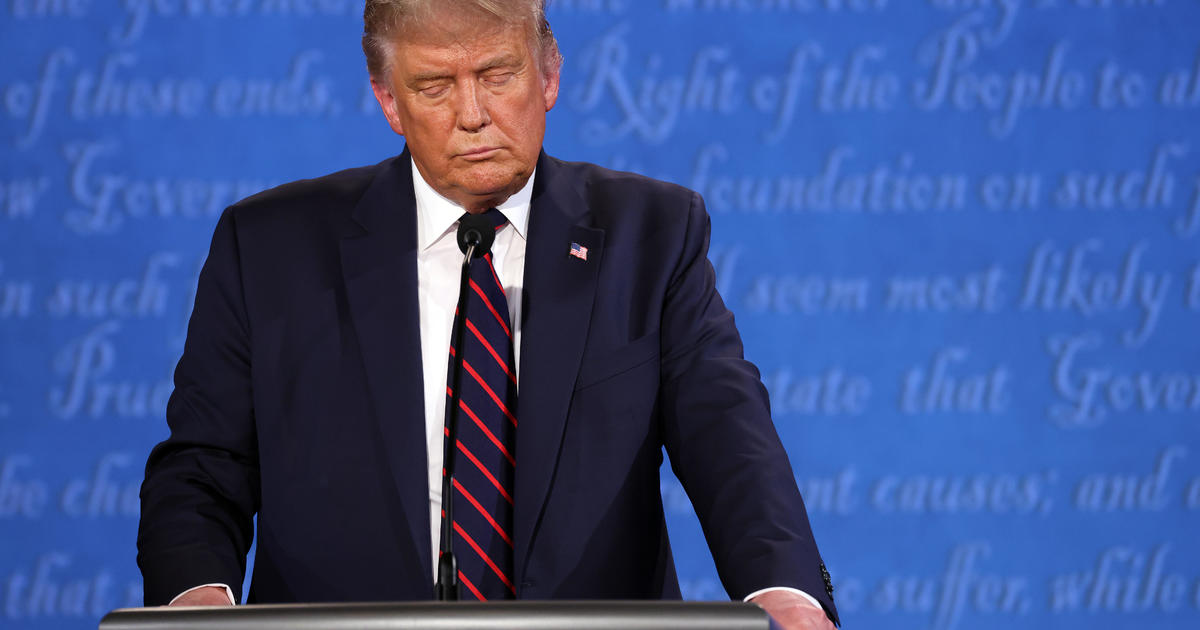 President Trump’s allies defended his refusal to condemn White supremacists during the debate with Joe Biden on Tuesday, and his comment that the Proud Boys, a far-right extremist group, should “stand by.”

When asked by moderator Chris Wallace if he would condemn white supremacist groups on Tuesday, Mr. Trump responded that he was “willing to do that” but then quickly blamed most of the recent unrest in cities across the country on “the left wing.” Mr. Trump asked Wallace “who would you like me to condemn,” and Biden jumped in asking the president to respond to the Proud Boys.

The Southern Poverty Law Center lists the Proud Boys as a hate group because its leaders “regularly spout White nationalist memes and maintain affiliations with known extremists,” and the group is known for “anti-Muslim and misogynistic rhetoric.” Former Proud Boys member Jason Kessler helped organize the “Unite the Right” White supremacist rally in Charlottesville, Virginia in 2017.

Mr. Trump’s comments may inject some enthusiasm into the group, which has recently struggled with turnout at demonstrations. The Proud Boys hosted a rally in Portland, Oregon, on September 26, but only a few hundred people attended the event, far less than the 10,000 attendees the group was expecting.

Donald Trump Jr., the president’s son, defended his father’s comments to CBS News’ Gayle King on Tuesday evening, arguing that Mr. Trump was asking the group to “stand down.”

“I don’t know if that was a misspeak, but he was talking about having them stand down,” Trump Jr. said.

White House strategic communications director Alyssa Farah said in an interview with Fox News on Wednesday morning that Mr. Trump did not need to clarify his comments.

“I don’t think there is anything to clarify. He told them to stand back,” Farah said.

Republican Senator Mitt Romney, a frequent critic of the president, said on Wednesday that “of course” Mr. Trump should have explicitly condemned white supremacy. GOP Senator Mike Rounds told reporters that he was “hoping for more clarity” from the president.

Senate Minority Whip Dick Durbin said of the president’s remark about the Proud Boys, “He’s just afraid to confront them. I’m afraid he believes they’re his followers, and he doesn’t want to make them angry before an election.”