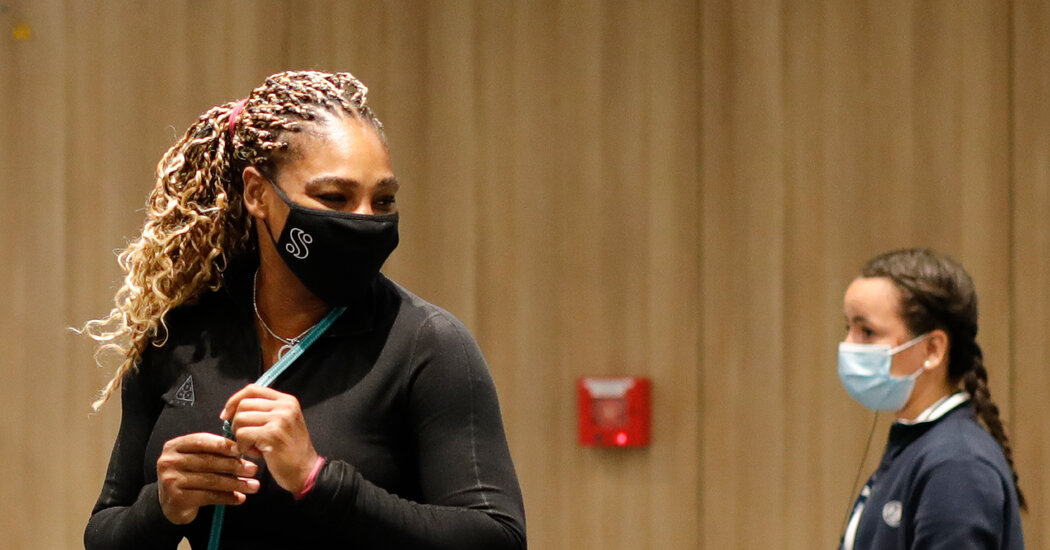 PARIS — The three-time champion Serena Williams pulled out of the French Open on Wednesday with an injury shortly before she was scheduled to play a second-round match, and then suggested the issue might keep her from playing another competitive match this year.

Williams, 39, who is one Grand Slam tournament victory shy of equaling Margaret Court’s record of 24 major singles titles, said her left Achilles’ tendon, which required treatment during her United States Open semifinal loss to Victoria Azarenka and kept her out of a clay-court tuneup event in Rome, had not sufficiently healed.

After warming up Wednesday morning for her second-round match against Tsvetana Pironkova on Philippe Chatrier Court, Williams said she consulted with her coach, Patrick Mouratoglou, and they agreed that it was unwise for her to continue.

“I really wanted to give an effort here,” Williams said, adding, “But just looking long-term in this tournament, will I be able to get through enough matches? For me, I don’t think I could.”

The quick turnaround from the U.S. Open in New York earlier this month has been an issue for several top players. The French Open was moved from its usual dates in May and June because of high rates of coronavirus infection in France. The shift left only 13 days between the end of the U.S. Open and the start of the French, which gave those who advanced to the later rounds in New York little time to recover.

The Open’s women’s champion, Naomi Osaka, withdrew from the French Open two weeks ago citing a lingering hamstring injury. Of the four men and four women who reached the semifinals in singles in New York, only Victoria Azarenka and the Spanish men’s player Pablo Carreño Busta chose to play in the Italian Open.

The transition from hard courts to clay is not straightforward for players, requiring different tactics and footwork, including frequent sliding. For a player carrying an injury, the switch can sometimes be even more difficult.

Williams said the injury was bothering her Monday during her first match, a 7-6 (2), 6-0 victory against Kristie Ahn. She said the challenge provided by Ahn was compounded by her struggles to conceal the pain from her injury. “I had to focus on walking straight so I wasn’t limping,” said Williams.

She added: “I think Achilles is an injury that you don’t want to play with because if it gets worse, it’s one of the worst injuries. I don’t want it to get to the point where it can’t get better.”

Williams said she had been advised by her doctors to take at least two weeks of complete rest. “I think I need four to six weeks of sitting and doing nothing,” Williams said, signaling the potential end to her 2020 season, which was already shortened by five months because of the coronavirus pandemic.

“I don’t know if I’ll be able to play another tournament this year,” said Williams, who sounded upbeat, all things considered.

“If it was my knee it would be really more devastating for me,” Williams said. “This is something that just happened.”