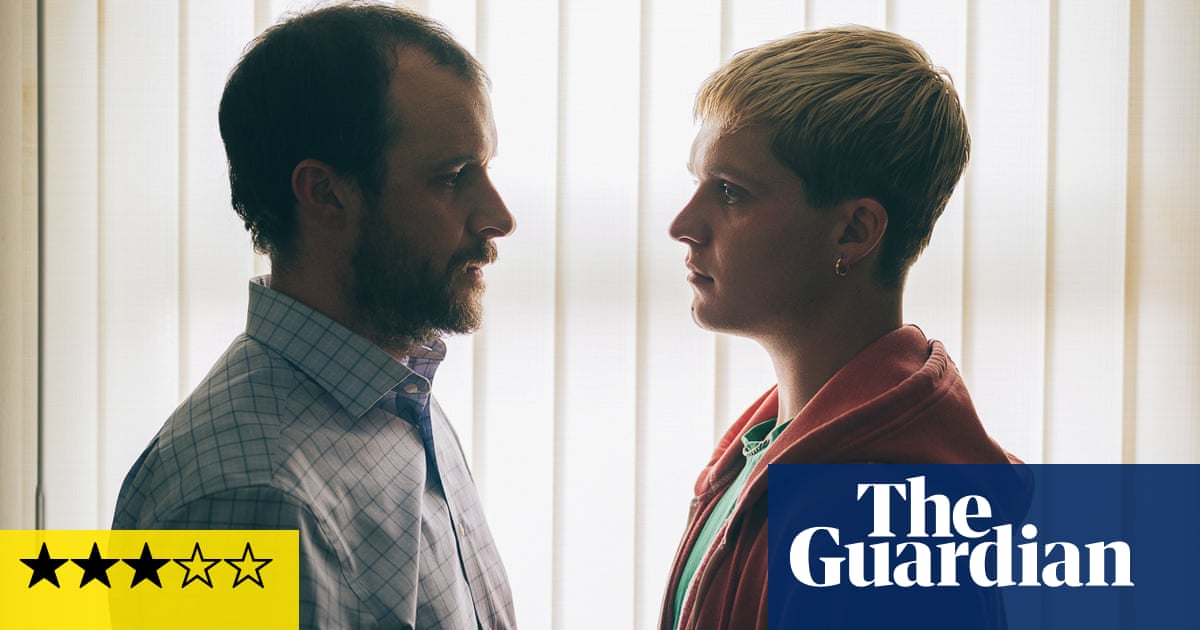 Peter Mackie Burns’s painful, unhappy drama packs a hard punch; you must steel yourself for the emotional blows. Tom Vaughan-Lawlor is excellent as 46-year-old Colm, a Dublin man who looks like a working-class success: nice house, office job at a dockyard, lovely wife and teenage kids. But Colm is secretly gay, and living with the shame for so long has scraped his insides out. There’s nothing left of him: he is drinking heavily, barely functioning, pushing away his concerned wife Claire (Monica Dolan, bringing real emotional depth to the smallish role).

One day Colm ends up in the men’s toilets of a shopping centre with a teenage sex worker, Jay (Tom Glynn-Carney, whose spiky bleached hair and reckless swagger recall Sick Boy from Trainspotting). Afterwards Jay shows up at Colm’s work demanding more money: €200 or he’ll tell his wife and boss. “Do you want me to shame you? I can shame you.” Actually, Jay turns out to be not a master blackmailer but a messed-up kid living a chaotic life. Nevertheless, Colm has pushed the button marked “self-destruct” and is in freefall.

The script is a reworking by Mark O’Halloran of his play Trade, a two-hander featuring Colm and Jay set in a B&B. But some the most affecting scenes in the film are set at home with Colm and his family. He furiously necks cans of cheap lager watching his wife and kids from a distance – he feels like he doesn’t deserve any of the happiness. The emotional detail is impressive, though at times I found Colm’s self-hate difficult to watch. Time may heal, but not in the lifetime of this film.