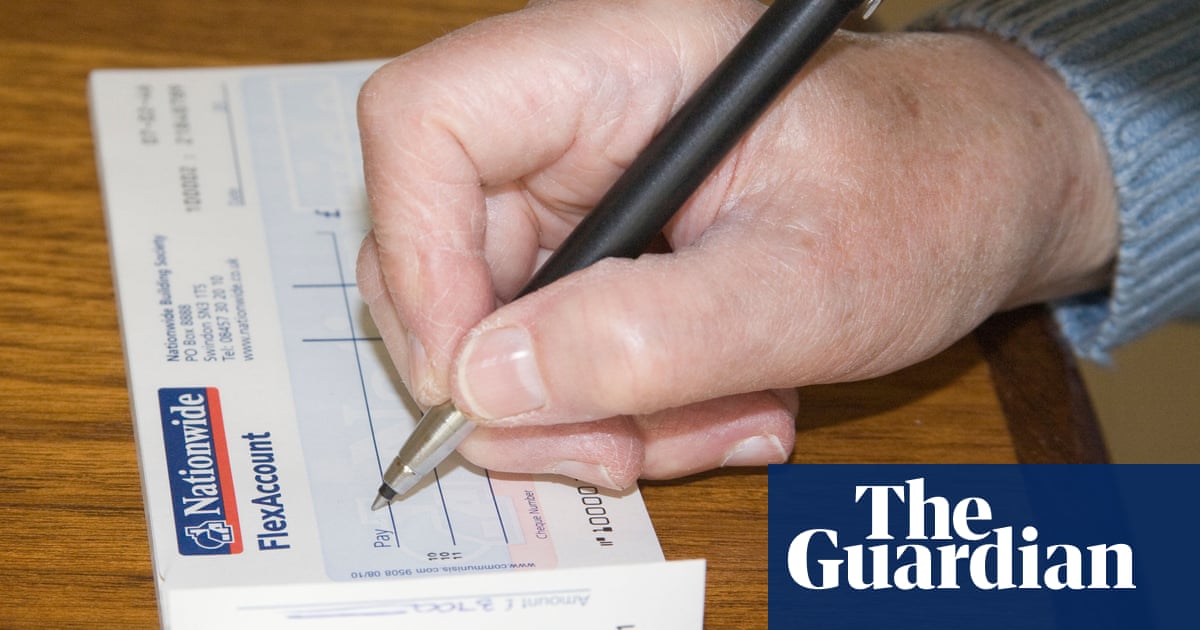 In late June I completed the paperwork to transfer my child’s Isa from Nationwide to NS&I. NS&I acknowledged the application, but, a month later, there was still no sign of the new account. Nationwide told me it had sent the funds by cheque on 14 July and claimed NS&I does not accept electronic transfers. Since then, I’ve spent hours waiting on the customer service lines of both companies to find out what’s happened.

Nationwide insists it cannot reissue the cheque unless I go into branch and sign to say that I have not received it. In vain did I explain that the cheque was issued directly to NS&I, not to me, so that the money would not lose its Isa status. The Nationwide Isa has been closed so the money seems to be in limbo and is not earning the interest that was the whole point of the exercise in the first place.
TS, Exeter, Devon

I’m intrigued that Nationwide still makes transfers by cheque, a payment system so antiquated there were plans to make it obsolete by 2018. NS&I tells me that it does accept electronic payments by BACs (which take up to three days to process), but not CHAPs (quicker and costlier).

Nationwide, on the other hand, says its savings accounts are configured for CHAPs but not BACs. So, incredibly, snail mail was the 21st-century solution and it was snail mail that seems to have been the problem. The next extraordinary fact is that Nationwide now says that, in early August, it received a “large number” of undelivered cheques that it had correctly addressed to NS&I. It reckons that your cheque was among these, yet didn’t make the link at the time, or inform you.

It wasn’t until I raised your case this month that it issued a new cheque. It has added £100 as an apology and £77.20 to cover lost interest. NS&I tells me: “It is up to other providers to decide which method to use to transfer funds into NS&I’s Junior ISA. Nationwide has stated it will not send funds electronically to NS&I, so at the moment the only method of transferring funds is by cheque.”

• Keeping TS’s funds company in its long limbo was MM, Pezenas, France. She and her husband had applied for £50,000-worth of NS&I premium bonds in July. Again, the money was sent by cheque and both cheques were cashed, but while MM’s husband duly received his bonds, hers – her entire life savings – have been missing ever since.

“I have tried every available method of contacting NS&I,” she says. “The chat line drops out before it’s possible to type in a question. Whenever I phone it’s a wait of 30 minutes minimum. If I order something from Amazon, I can track it every inch of the way. NS&I makes great play of the fact that one’s money is absolutely safe with them. Really?”

NS&I blames a clerical error which prevented the application being completed. Disgracefully, it only discovered this after I involved its press office, not during your desperate attempts to get answers from customer services. “We would like to pass on our sincere apologies,” it says. “We have processed the sale and are performing retrospective checks to ensure that any prizes that she may have won are paid accordingly.”

It added £60 goodwill which you barely covers the cost of your phone calls from France.

If you need help email Anna Tims at your.problems@observer.co.uk. Include an address and phone number. Submission and publication are subject to our terms and conditions