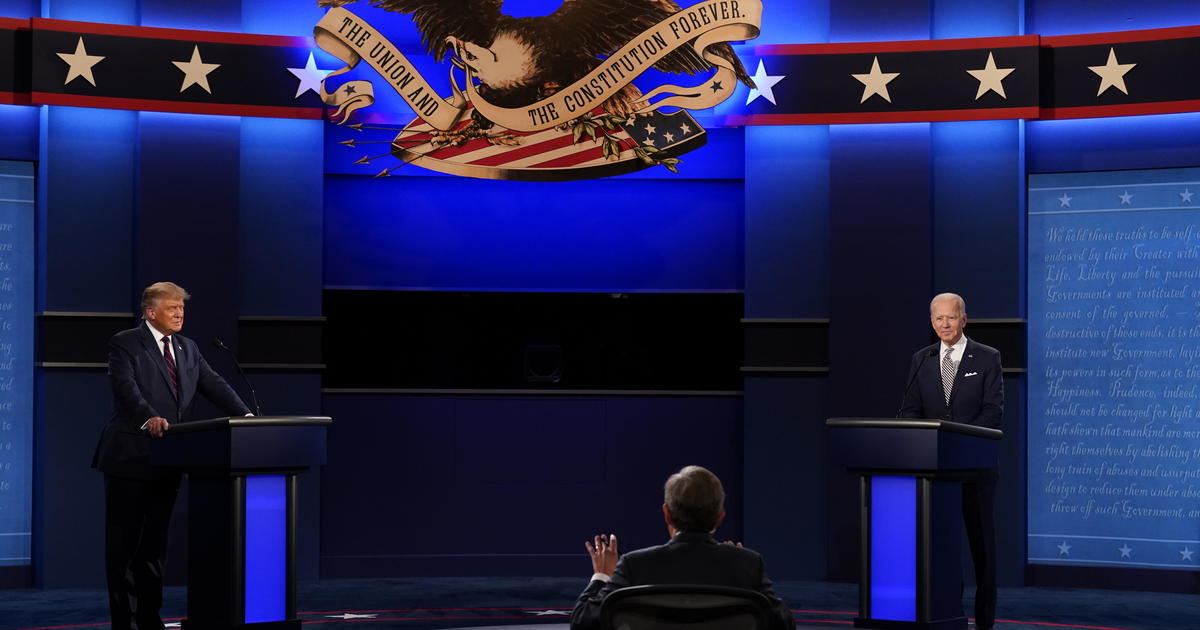 “In tonight’s presidential debate the President said the ‘Portland Sheriff’ supports him. As the Multnomah County Sheriff I have never supported Donald Trump and will never support him,” Sheriff Mike Reese tweeted. The county Reese represents includes Portland, Oregon.

The Multnomah County Sheriff’s Office confirmed the tweet’s accuracy to CBS News and said that it had been retweeted on the agency’s account.

Mr. Trump claimed he was endorsed by Reese during a heated exchange with Democratic presidential nominee Joe Biden in which the president claimed Biden “can’t even say the words ‘law enforcement.”

“Almost every law enforcement group in the United States– I have Florida, I have Texas, I have Ohio, I have everyo– excuse me, Portland sheriff just came out today and said I support President Trump. I don’t think you have any law enforcement,” Mr. Trump said to Biden. “You can’t even say the word law enforcement because if you say those words, you’re going to lose all of your radical left supporters.”

“Law and order” was also frequently discussed by Trump, who has tweeted those words in at least four different instances.

Those tweets occurred at a time when protests occurred around the country against racial injustice and police brutality, some of which turned violent. During the debate, Mr. Trump slammed cities run by Democrats that he claims experienced more violence in their demonstrations.

“We got it back because of law and order,” Trump said, referring to the de-escalation of protests. At one point, Mr. Trump asked Biden directly whether he supported law and order and pushed back against Biden’s claims that peaceful protests were appropriate.

“What is peaceful protest? When they run through the middle of the town and burn down your stores and kill people all over the place and you say peaceful protest? No, it’s not but you say it is,” Mr. Trump claimed.

Biden said he supports law and order and disputed Mr. Trump’s claim that he was in support of defunding the police.