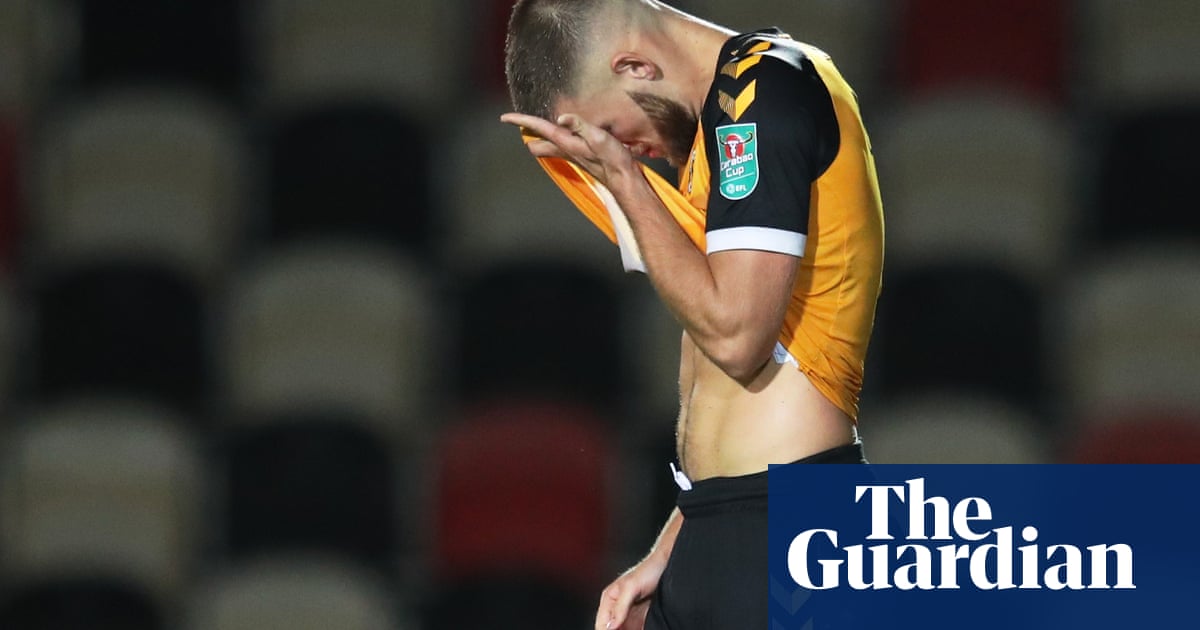 For the second time in four days, Newcastle’s get out of jail card came from the penalty spot. Jonjo Shelvey’s fine equaliser three minutes from time allowed Newcastle to prevail on penalties in the Carabao Cup against Newport County of League Two, who opened the scoring through Tristan Abrahams. Newcastle snatched a point at Tottenham on Sunday but in less salubrious surroundings they were made to sweat before reaching the quarter-finals, winning 5-4 on penalties.

This had the makings of an upset from the get-go. Torrential rain throughout the day saturated what is a tricky pitch at the best of times. The ground, which is also home to two rugby teams, has become infamous for its bobbles and quirks, as well as giant-killings in recent years, for it was here where Leicester came unstuck in the FA Cup last year and Leeds 12 months earlier. Steve Bruce cited this as a dangerous trip, acknowledging his team were in for a surprise if the game with complacency. Swansea and Watford of the Championship had already learned that the hard way this season.

Only Shelvey, Miguel Almiron, Javier Manquillo and Federico Fernandez remained from the team that controversially snatched a point at Tottenham on Sunday, while Mark Gillespie, who returned to his boyhood club in the summer having been released at 16, was restored in goal after starting against Blackburn and Morecambe in the previous rounds. But by the hour mark, Bruce had resorted to his bench in search of an equaliser, calling on Callum Wilson and Joelinton, whose penalty shootout miss ultimately proved irrelevant, signed for a combined cost of £60m. Eventually they levelled when Shelvey spun the substitute Ryan Taylor before curling in a delicious strike.

Bruce said Gillespie’s performances “slipped under the radar” but there was no hiding place here when, with less than five minutes played, Gillespie allowed Abrahams’s strike to breeze in beyond his gloves. Abrahams was quick to react after Scott Twine’s swerving shot from 25 yards rattled the woodwork, chesting the ball with his first touch before taking aim with his second. Emil Krafth did not cover himself in glory either, swiping thin air before it dropped to Abrahams, swinging his right leg at the ball after it cannoned off the crossbar but it was Gillespie who was left shaking his head.

Bruce grimaced on the touchline as the inspired Newport goalkeeper thrice repelled Jacob Murphy but Townsend saved his best for the second half, making a superb double save to deny Ryan Fraser and then Almiron. Fraser raced on to a floated pass that caught out Brandon Cooper in the Newport defence but Townsend surged towards the edge of the 18-yard box to shield his goal. Almiron then tried to fire in the rebound but Townsend stood tall.

The Newcastle substitute Fabian Schar almost equalised with his first touch before Cooper expertly blocked just as Fraser looked to level after being freed by Joelinton. But, just as Newport thought they had another scalp in the bag, Shelvey’s magic took a helter-skelter game to a shootout and Cooper missed the pivotal spot-kick, skying over after Longstaff coolly rolled in.