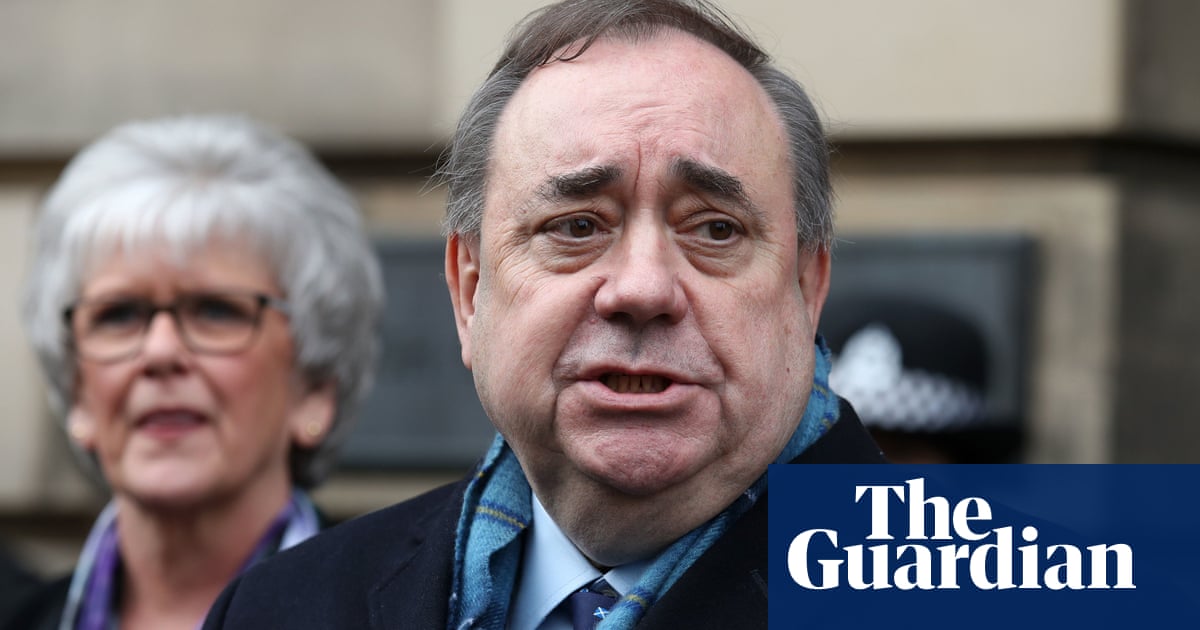 MSPs investigating a botched Scottish government inquiry into misconduct claims against Alex Salmond have appealed to the courts to help break an impasse that threatens to derail their investigation.

Their appeal to the court of session came as increasing tensions over the investigation boiled over in the Scottish parliament on Wednesday when Oliver Mundell, a Conservative MSP, accused Nicola Sturgeon of lying to parliament.

In an exchange intended to highlight the Scottish government’s refusal to hand over key legal papers to Holyrood, Mundell claimed that the first minister lied to MSPs last year when she repeatedly pledged every document would be released to the inquiry.

Mundell refused requests from Ken Macintosh, the presiding officer, to retract the word “liar” and apologise, and was ordered to leave the chamber.

The committee is investigating the government’s handling of an internal inquiry into complaints of sexual misconduct by two female officials against Salmond. The inquiry was found to be unlawful in January 2019 after Salmond took the government to court.

Salmond was subsequently prosecuted on 14 charges of sexual assault, including one of attempted rape, after Police Scotland launched an investigation triggered by the government’s botched inquiry. Salmond was acquitted of every one in March 2020.

The former first minister accuses Sturgeon’s aides and senior but unnamed SNP officials of conspiring against him, in a dispute which threatens to cast a shadow over next May’s Holyrood election.

The government and Salmond have refused to release some legal papers, citing confidentiality or court orders, and have been slower to release others which they pledged to provide.

Murrell has been accused by the committee of offering minimal help to their investigation. His role in the alleged conspiracy against Salmond came into sharp focus this month after two WhatsApp messages were leaked to one of Salmond’s allies, the SNP MP Kenny MacAskill.

The messages suggested Murrell was eager for the police investigating the claims against Salmond to come under pressure, and for Salmond to face investigations from different police forces.

The committee had been planning to call Sturgeon, her chief of staff Liz Lloyd, Salmond and Murrell to give evidence on oath over the next few weeks. On Tuesday it said it had been forced to temporarily postpone those sessions because too few documents had been disclosed as promised.

Fabiani wrote on Wednesday asking the court to release all the documents used in Salmond’s civil action, citing the claims by the government and Salmond they were happy for them to be disclosed. One MSP on the committee said the investigation was in danger of becoming a farce.