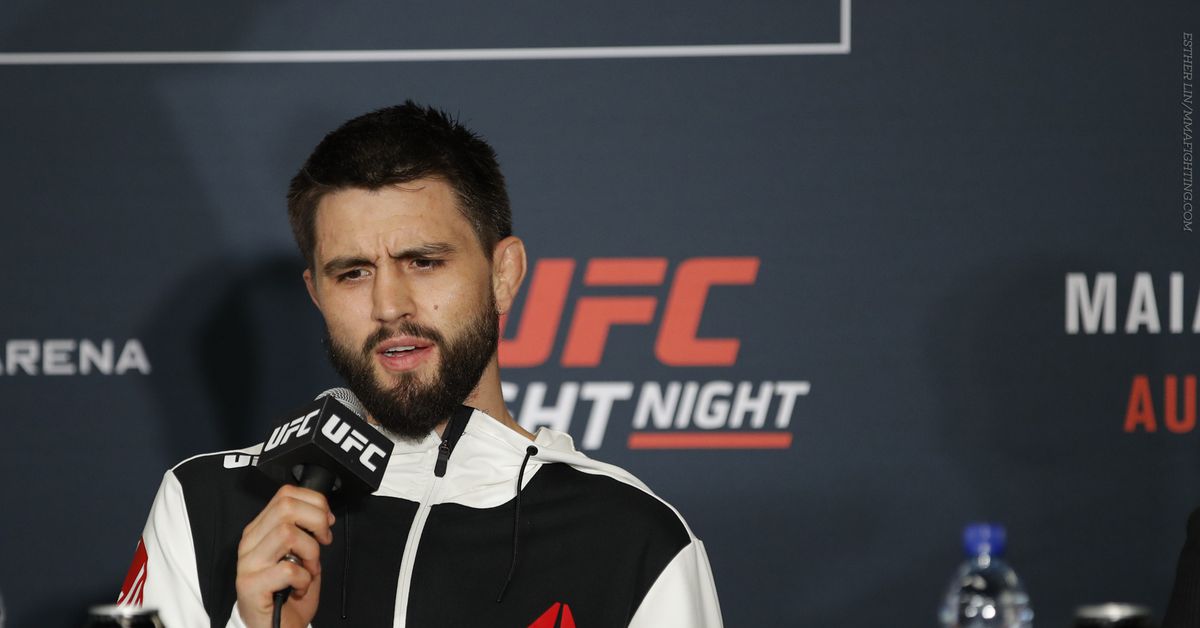 This weekend, former UFC interim welterweight champion Carlos Condit returns to the octagon after a nearly two-year layoff when he takes on Court McGee at UFC on ESPN 16. And should things go well for “The Natural Born Killer,” he hopes to return again next year, with an even bigger opponent in mind: former for Nick Diaz.

Diaz is one of MMA’s most beloved figures but has not fought since 2015. However, earlier this month, Diaz announced an interest in coming back to fighting in 2021. Immediately, a number of top contenders threw their hats in the ring to be the man to welcome Diaz back to the cage, but Condit thinks that he would make sense for Diaz as they two still have some unfinished business.

Condit and Diaz fought all the way back in 2012 at UFC 143 for an interim welterweight title. It was a close bout that with the judges ultimately scored in favor of Condit, though many fans, and Diaz himself, believe Diaz should have won. The two never ran it back though, in part because they didn’t need to. Both Condit and Diaz went on to face and be defeated by Georges St-Pierre, and then, just a few years later, Diaz was gone from the sport. Now, with Diaz potentially returning, a rematch could make sense. But first thing’s first, Condit has to handle business against Court McGee this weekend.

“I’m enjoying being out here on fight week again,” Condit said. “The familiarity of the ritual of preparation, the weight cut, and all that. I’m just excited. I have a good opponent. This dude is game, he’s a hard-nose, salty veteran who comes to fight. I think we’re going to put on a hell of a show. I know he doesn’t take a step back and he comes to throw down. I’m super excited about that.”

Condit would be well-served to stay focused on the task at hand. The former interim champion has lost five fights in a row and eight of his last 10 dating back to his failed title shot against GSP. Meanwhile, McGee is also on a bit of a skid, having lost two in a row and four of five over the last three years.

Chaos. Colby Covington further responds to UFC Vegas 11 backlash: ‘There’s nothing that I said that was racist’.

Historic Hispanic firsts in the UFC.

A preview of the new piece on Kimbo Slice on Fight Pass.

Crazy finishes in ONE.

Fights Gone By. Discussing all the fights from UFC 253.

Good luck on fight island my man. If that fight doesn’t pan out I think we could have one hell of a scrap! #thankschamp

Izzy woujd whip JJ. If there were 5 rds, IZZY wins all 5.

Are you in for a Condit-Diaz rematch?