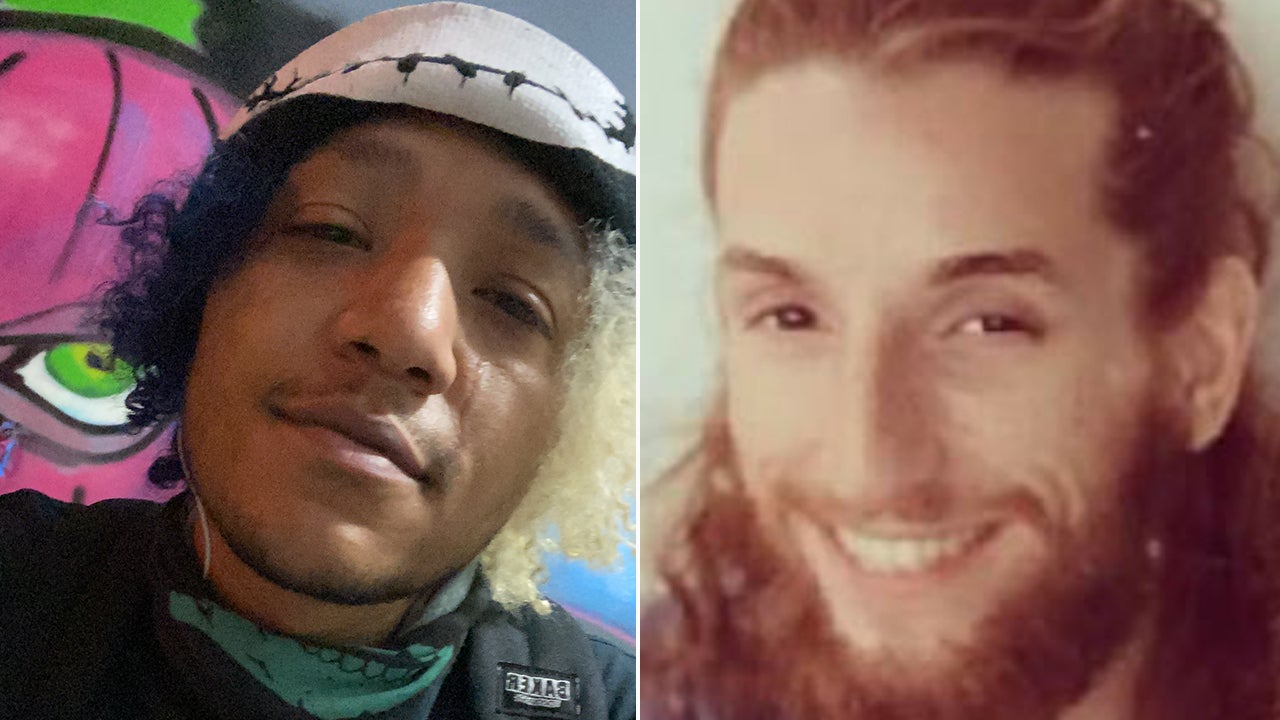 Four demonstrators are suing Facebook for allegedly sanctioning violence that left two protesters dead during a protest in Kenosha, Wisconsin on Aug. 25. On Sept. 22, a five-count civil complaint was filed in a Wisconsin federal court that claims the social networking site provided a platform for groups to recruit members and plan violence.

The lawsuit examines what is on the mind of the American psyche right now and stops a “right-wing narrative from taking control and becoming the new normal,” Plaintiff’s attorney Jason Flores-Williams told Inside Edition Digital.

“There are great concerns and anxieties right now in America about the rise of the right and the lost part of Democracy. Especially, the rise of the violent right of armed militias going into the streets of U.S. cities, more armed, than soldiers in Afghanistan and telling the rest of us what is permissible and what we can and cannot do as we are engaged in our First Amendment Rights,” he said.

“The people in Kenosha, people of conscience, who engage in Black Lives Matter are concerned about the country and racial justice,” Flores-Williams continued. “What happened from that point forward was again the right dominating the narrative in Kenosha.”

The lawsuit cites Reconstruction-era laws in an attempt to hold allegedly white supremacist groups accountable for the suppression of constitutional rights. Citing Section 230 of the Communications Decency Act, the Kenosha suit also attempts to pierce the broad protections afforded to platforms like Facebook for user-generated content.

“The statutes came out of reconstruction in the late 19th century so it is kind of not well-known in U.S. History,” said Williams-Flores, referencing a time when a Black man would go to a voting booth and in-between him and the voting booth would be the KKK and armed militias. “That is why these statues came up. That is why they were written for the Civil Right Act. The private armed citizens can’t deprive other U.S. citizens of their rights,” he said.

“Sadly, we are back at this point where these statues are relevant,” he added.

His hope is to hold these extremist groups and organizations liable for allegedly organizing, and conspiring, and then implementing that conspiracy to violate other American’s fundamental rights. He called Facebook “irresponsible for allowing their tools and their platform for such acts of violence.”

“Facebook has more resources than the U.S. government. It is infinite. Somehow they received more than 400 complaints about the Kenosha guard site and the kind of virulent, violent, toxic language being used. They see this information and had the ability to do something about it” he said. “Something has to be done. End of story.”

One of the goals of the lawsuit, said Flores-Williams, is to make them look at themselves and their policies.

“They are at a crossroads right now as to whether they are going to be a force for good or a force for very bad in this world especially in our society,” he said. “They set up this moderation board and said if it ever looked like violent, racist militias were threatening in a way to a lot of people or going to be inevitably violent and result in what it did in Kenosha than you had the ability to do something about it.”

The suit, obtained by Inside Edition Digital, also names four other defendants. Alleged shooter Kyle Rittenhouse, the “commander” of the self-described militia group Kenosha Guard, and follower of the right-wing group “Boogaloo Bois,” also known as Bojahideen. The suit alleges that the Boogaloo Bois joined the Kenosha Guard to further the violence. Rittenhouse claims he acted in self-defense.

The lawsuit alleges that two members of Bojahideen were recently charged with providing material to support Hamas, and a third member was allegedly involved in the shooting of Sheriff’s Officers in Los Angeles, California.

Kevin Mathewson, allegedly the Commander of the Kenosha Guard who operated the Kenosha Guard Facebook page, set up the militia’s event, and issued the Call to Arms on August 24, 2020 that was welcomed with violent posts by its members and supporters, according to the lawsuit.

According to the lawsuit, Rittenhouse, who was driven by his mother, Wendy Rittenhouse, answered the Call to Arms by crossing state lines from Antioch, Illinois with an assault rifle, in violation of state law. Kenosha Guard Call to Arms was also picked up by InfoWars, an alt-right news source created by founders who have been banned from numerous platforms, including Facebook, PayPal and YouTube, for allegedly promoting hate speech and violence against U.S. citizens. The lawsuit alleges that Mathewson’s “social media reveals an organization steeped in white supremacist propaganda.”

Ryan Balch, a Wisconsin resident described as a “Nazi sympathizer” and “avowed member of the Boogaloo Bois,” recruited the militia to come to Kenosha that “intimidated, harassed, threatened and violated the rights and privileges of Plaintiffs and protesters,” the suit alleges.

The lawsuit alleges that Balch assumed a lead role in “Tactical Advisement,” on the night of Aug. 25, taking command of the squad that included Rittenhouse. The lawsuit alleges that Balch, along with other armed militia members, took up preplanned sniper positions on roofs and strategic street corners that effectively controlled the ingress and egress of BLM protesters around the Civic Center Park area of downtown Kenosha, the designated meeting point for the protest.

The lawsuit alleges that under the supervision of Balch, Rittenhouse shot and killed two protesters with this assault rifles, and shot and grievously injured a third.

The suit alleges that Balch’s social media, like that of other members of his militia, contains Nazi propaganda such as “Truth Will Triumph, Adolph Hitler,” and “Beyond Europe and the whole world, the international Jewry will be recognized as its entire demonic threat.”

Protester Christopher McNeal, a plaintiff in the suit, said he saw Rittenhouse the night of the protest. McNeal said he and Anthony Huber, the individual who was shot and killed allegedly by Rittenhouse, were assisting the other protesters to safety as armed militias terrorized them.

When the police arrived he said the scene became extremely chaotic. “The police were shooting us protestors with pepper rounds, tear gas, flash-bangs,” said McNeal. He said, he and some other protestors, grabbed anything they could to protect and defend themselves.

He added: “Why would they use those weapons. Tear gas is banned for use in war, yet police routinely deploy it to terrorize protestors.”

“It was a storm of emotions,” he said. “My adrenaline was pumping. I didn’t know what they were planning but they used such a show of force on people that weren’t armed.”

During the interview, he told Inside Edition Digital that he had never participated in a protest before and that he had gone alone. He said he showed up at the protest because of the shooting of Jacob Blake and said he was glad that people in Kenosha were finally taking a stand.

“I was afraid the whole night that I might be shot, but that wasn’t going to stop me from protesting and [standing by] what I believe,” he said.

McNeal, a tattoo artist who has lived in Kenosha for 22 years, said as a Black person, he has often experienced segregation and racism.

“I deal with accusations all the time because of my skin color,” he said. “I am not an angel. I have a record. I have been in the system so I know how it is. There has been an issue with the police around here for a while and no one has ever done anything.”

During the protest, he met other protesters who, like him, were fighting for racial equality and to help put an end to police brutality, including Hannah Gittings and her partner Anthony Huber. It wasn’t until later that he learned that Huber was among those killed that night.

“I didn’t see Huber get shot, but I saw the commotion and heard the shots rang off,” he shared. “I didn’t know that this was him at the time. I didn’t find out until afterwards.”

McNeal said he feared for his safety that night, but he was not going to let fear immobilize him and said the next day he was out again protesting.

Regarding his lawsuit with Facebook, he said they need to take responsibility for their actions.

“The fact that Facebook has a platform and disregarded their own rules to allow these people to form these groups and do these things is hypocritical,” he said. “There needs to be some type of penalty being the cause of people’s deaths.”

Hannah Gittings, the partner of Huber, one of the two men Rittenhouse is accused of killing, is another plaintiff in the suit. Nathan Peet, a Kenosha resident who tried to help Huber, according to the suit, and Carmen Palmer, a Black teacher from Milwaukee who traveled to Kenosha with her children and her church protest group to march against racial injustice, are also plaintiffs.

Balch, Mathewson, the Kenosha Guard and Facebook did not return Inside Edition Digital’s numerous requests for comment.

Since the deadly protest, Rittenhouse has been charged with two counts of first-degree murder and one count each of attempted homicide, recklessly endangering the safety of two people, and possessing a weapon while under the age of 18. He claims he acted in self defense and denies all allegations of wrongdoing.

Lin Wood, Kyle Rittenhouse’s attorney, told Inside Edition Digital that the lawsuit filed against his client is “errant nonsense with no basis in truth.”

“The case will be defended aggressively and I anticipate a motion to dismiss will be filed. However, the case may provide Kyle with a golden opportunity to engage in discovery from Facebook which will be very helpful in his to-be-filed defamation case against Facebook and Mark Zuckerberg who falsely and recklessly accused Kyle of being a mass murderer. I plan to see Facebook renamed Kyle’s Book.”

Wood said that his 501(c)(4) foundation, #FightBack, is raising funds for Kyle’s legal costs, including the defense of what he describes as “this frivolous lawsuit.”

“I represent Kyle in connection with his anticipated defamation cases on a contingency fee basis and no #FightBack funds will be used for those cases.”

Accused Kenosha Shooter Kyle Rittenhouse Thanks Supporters From Behind Bars