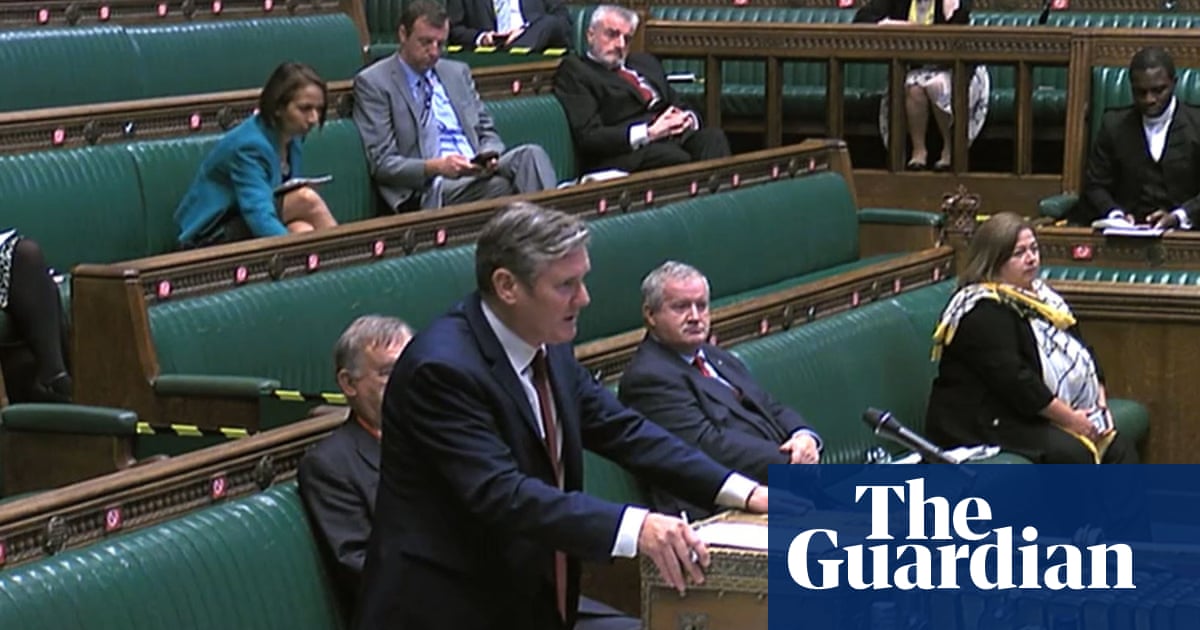 Keir Starmer has accused the government of abandoning people with “viable” jobs by refusing proper support during continued lockdown restrictions, as the response to coronavirus again dominated prime minister’s questions.

The Labour leader read out a letter from the owner of a wedding events business based in the Yorkshire constituency of the chancellor, Rishi Sunak, saying the government had “closed their ears” to the plight of the industry.

“But for these extraordinary restrictions, these are viable jobs,” Starmer said, accusing Boris Johnson of being “tin-eared” about the plight of those set to lose their jobs as the furlough scheme winds down.

“These businesses are doing the right thing. Why has the government decided that these jobs aren’t worth saving?”

In response, Johnson said the country had to work together and comply with regulations to restrict the spread of Covid-19, which would in turn help businesses reopen. He said: “We’re putting our arms around the whole of the UK economy. We will do everything we can to save every job.”

Elsewhere in a session devoted entirely to coronavirus, bar one Starmer question on racial disparities over health, the Labour leader mocked Johnson for his inability, while answering media questions on Tuesday, to correctly name local lockdowns in force in the north-east of England.

“Having sat opposite the prime minister at PMQs every week, that didn’t come as a surprise to me,” Starmer said, also citing comments to the Guardian by David Greenhalgh, the Conservative leader of Bolton council, who said unfair and over-complex rules were causing resentment.

Following the pattern of recent PMQs, Johnson opted to largely not engage with the substance of such questions, instead accusing Starmer of changing his mind over backing the rules and “sniping from the sidelines”.

Starmer rejected this: “The idea that anybody who asks the prime minister a question, at prime minister’s questions, is undermining the government effort, is wearing a bit thin. We have openly supported the restrictions, but it’s perfectly reasonable to ask why they are not working.”

In another section of the exchanges, Johnson indicated that the key to local lockdowns succeeding was people in the relevant area complying with the rules.

After Starmer asked why, with dozens of areas in England given stricter restrictions, only Luton had subsequently had them eased, Johnson replied: “The reason, I think, for the success of Luton, is that local people pulled together to depress the virus, to follow the guidance. And that is the way forward for the entire country.”