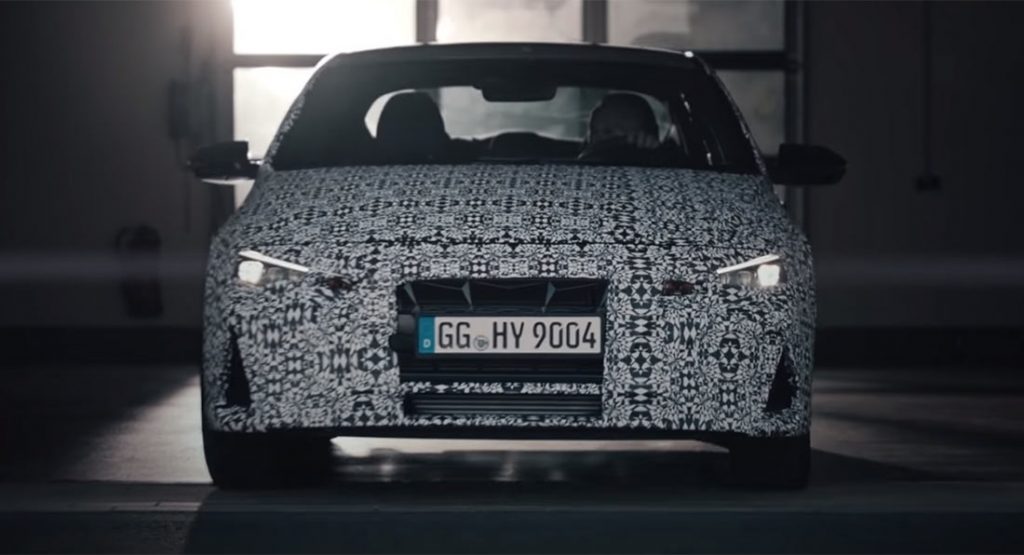 Six weeks after lifting the veil on the 2021 Elantra N Line, Hyundai has teased the upcoming, full-blown Elantra N.

The video below was released a couple of days ago to celebrate the launch of the Elantra N TCR race car. Fittingly, the first minute of this video focuses on the race car, but at the 1:03 mark, it showcases a camouflaged prototype of the road-going Elantra N. It is shown from the front and we are also provided a brief look at the sides as it is driven out of a garage.

As recent spy shots of the Elantra N have shown, the sedan includes a fixed rear spoiler, large round tailpipes, custom black and silver wheels and enlarged brakes with red calipers. Based on these spy shots, as well as the new teaser video, it seems apparent that the front fascia will be similar to the Elantra N Line but will probably be a touch more aggressive.

The Elantra N will most likely be powered by the same 2.0-liter turbocharged four-cylinder engine as other N models, which in the facelifted i30 N is rated at 276 hp and 289 lb-ft (392 Nm) of torque with the Performance Package. Hyundai sells the Veloster N and i30 N with the option of a six-speed manual transmission or a wet eight-speed dual-clutch ‘box. The eight-speeder will probably be offered on the Elantra N, but it remains unclear if Hyundai will also offer the six-speed stick shift.

We expect to see the Hyundai Elantra N unveiled sometime in the next six months.