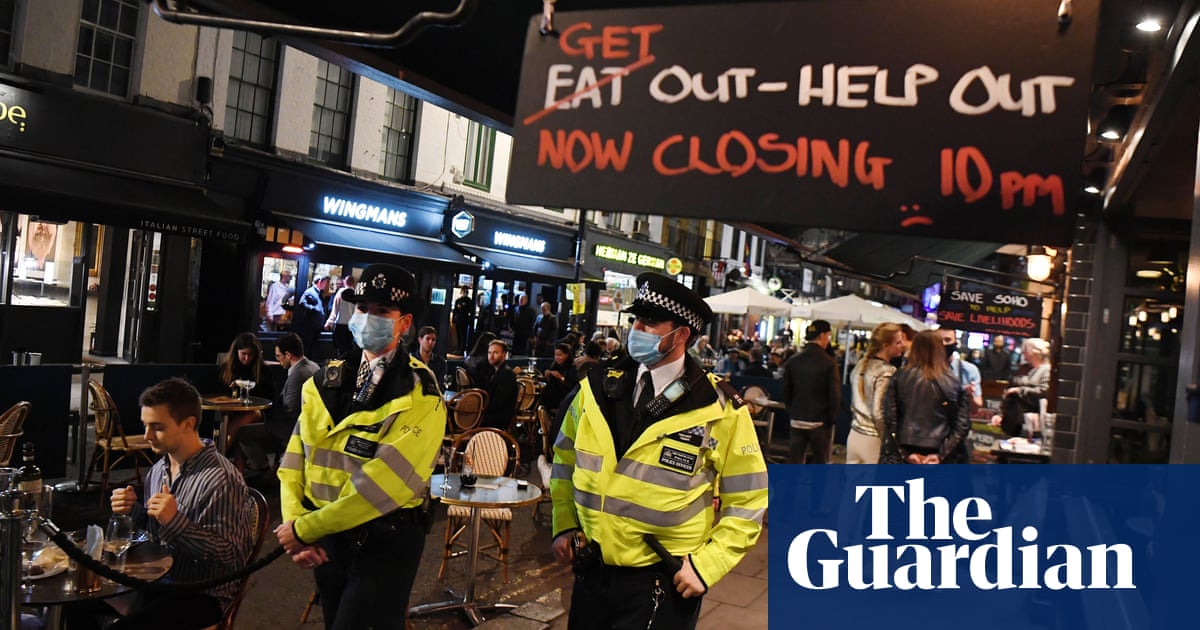 Half the fines issued by police for breaches of coronavirus rules in England and Wales have not been paid and will be dealt with by the already beleaguered courts, it has been revealed.

By 22 September, 18,646 enforcement letters for payment of a fixed penalty notice (FPN) had been issued but 9,413 had not been paid and will be referred for prosecution in the courts, the National Police Chiefs’ Council (NPCC) said.

Some people will not have paid the fine because they intend to formally contest the FPN.

The number of fines being referred to the courts is likely to cause alarm within the criminal justice system, which is already battling with huge backlogs of cases. The magistrates courts alone have a backlog of more than half a million cases.

The NPCC chair, Martin Hewitt, said the number of fines was rising again and was likely to continue to rise in the weeks ahead as further restrictions were imposed across the country.

He said: “Coronavirus is something we have all had to rapidly adapt to, and officers have had to pick up new regulations in a record pace, and apply them across the population. The number of instances where enforcement action is necessary at all is a fraction of the total engagement we have had with the public.

“Enforcement doesn’t and shouldn’t always equal police involvement. Individuals, businesses and a range of agencies all have a responsibility to ensure the virus is suppressed, and police will continue to play their part.”

In total, 18,912 FPNs have been recorded as having been issued in England and Wales under coronavirus regulations between Friday 27 March and Monday 21 September. In England, 16,240 were issued, and 2,672 in Wales.

Only 15 penalties were issued under the new “rule of six” in England, which took effect on 14 September, but it was still in its first week at the time the data was recorded, and there may be a processing lag.

Up to 22 September, 4,114 cases were referred to police from public health authorities to check a member of public was self-isolating after returning from overseas travel.

College of Policing guidance suggests follow-up visits if police are unable to get an answer at an address. If there is still no answer, the times and dates of the visits should be recorded and reported to Border Force.

The NPCC revealed that overall levels of crime were returning to pre-pandemic levels. Provisional data from police forces in England and Wales shows police recorded crime in August was 3% lower than in the same period as 2019.

Crime in England and Wales fell by 28% at the height of lockdown.