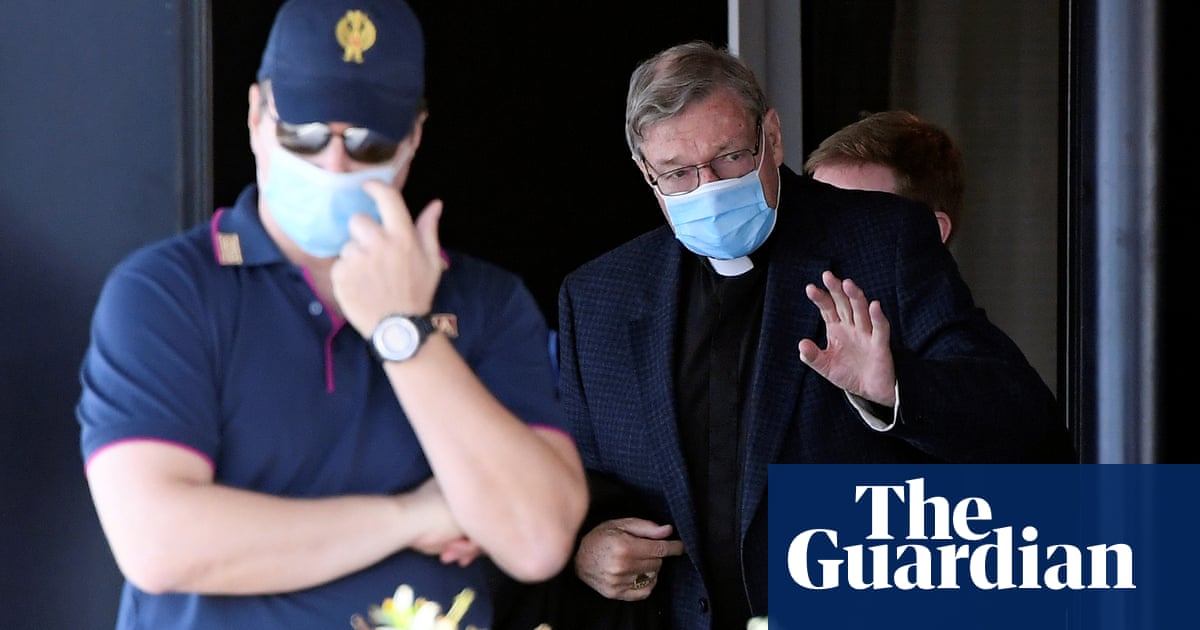 Cardinal George Pell returned to Rome from Australia on Wednesday for the first time since being jailed – and then acquitted – on child sexual abuse charges.

The 79-year-old, wearing a face mask, briefly lifted his hand towards a crowd of waiting journalists at Rome’s Fiumicino airport, but said nothing before climbing into a waiting car.

Vatican spokesman Matteo Bruni said there was “currently no meeting planned” between the cleric and Pope Francis, who is currently dealing with a financial scandal at the Vatican.

But experts on the workings of the Vatican said a reunion between the head of the Roman Catholic church and the man he once appointed as his trusted anti-corruption tsar was “a given”.

La Repubblica said: “He will meet Francis. He’ll do it as a free man,” adding: “It will be Pell’s chance for a redress, after many in the Vatican rejoiced at his removal”.

The news that Pell was flying from Sydney to Rome on Tuesday generated criticism online with people questioning why the Australian government – which has banned its citizens from leaving the country as a Covid-19 precaution – granted him an exemption.

But the home affairs department made clear there were six categories of people who are automatically exempt from the general ban and don’t need to seek special permission to leave Australia. They include anyone “travelling on official government business”.

Guardian Australia understands Pell is travelling to Rome for reasons related to official Vatican government business so did not need an exemption.

It comesfive months after a damning report was delivered by Australia’s child sexual abuse royal commission, which found Pell to be aware of children being sexually abused within the Catholic church but failed to adequately act to prevent or stop it.

At their last face-to-face meeting, on 27 June 2017, Francis gave Pell an extended period of leave to return to Australia and clear his name, amid accusations he molested two choirboys in the 1990s.

Pell was previously the third most senior Catholic in the world when he was prefect of the Vatican’s secretariat for the economy, effectively the financial controller of the church.

He was convicted in December 2018 of sexually abusing the choirboys while he was the archbishop of Melbourne. He strenuously denied the charges and the high court in Australia overturned his conviction in April this year after hearing his second appeal.

The former Vatican treasurer had in the meantime spent more than a year in prison.

While he was not removed from this position after returning to Australia in 2017 to face child sexual abuses, his term was not renewed after it expired in February 2019. Pell stood aside from the role while he faced the charges against him.

A polarising figure in the Vatican, Pell is unlikely to get his Vatican job back.

But “he will ask to have his honour restored”, Vatican expert for the Fatto Quotidiano daily, Franceso Antonio Grana, said.

The cardinal’s return to Rome comes just a few days after a known Vatican rival was ousted in a financial scandal.

Influential Italian cardinal Angelo Becciu, 72, was forced to resign by the pope last week following accusations of siphoning funds to help his siblings. Speaking to a press conference in Rome, Becciu told reporters: “I have not enriched my family. “I hope the pope realises that it is all a misunderstanding.”

It was not immediately clear whether the timing of Pell’s return was significant, or whether he plans to stay at the Vatican.

He had told journalists in Australia shortly after his release from prison that he would at some point return to Rome to pack up his apartment.

A spokesman said his trip to Rome was a “private visit”.