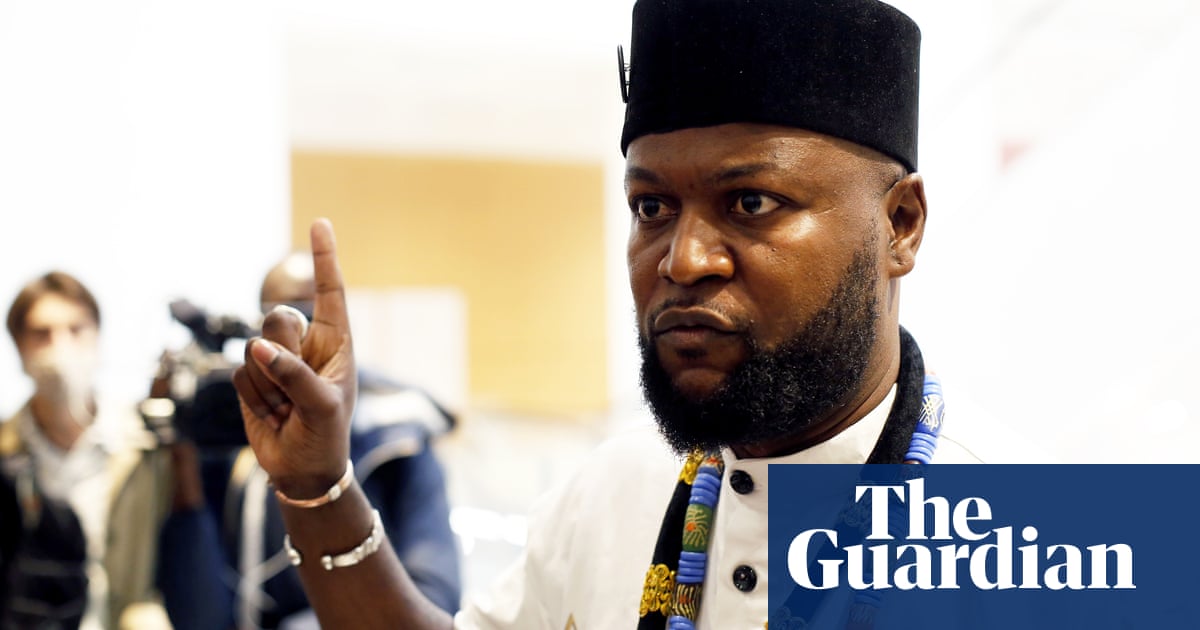 Five activists have gone on trial in Paris for trying to remove a funeral staff from France’s pre-eminent indigenous art museum as part of a campaign to pressure the government into restituting items they claim were stolen.

“We’re taking it home,” he said in a video posted on social media after removing the 19th-century funeral staff and parading it around the building.

Since then Diyabanza has staged similar operations at indigenous art museums in the southern French city of Marseille and in Berg en Dal in the Netherlands.

“We had no intention of stealing this work, but we will continue as long as the injustice of pillaging Africa has not been remedied,” Diyabanza told AFP ahead of the trial.

Diyabanza himself sued the French state after his arrest in June, accusing it of “theft and receiving stolen goods” in amassing a huge collection of native artworks beginning in the colonial era.

However the presiding judge told the court: “We are here to judge an infringement, not to judge history.”

A verdict is expected on October 14.

French officials condemned the stunt, which followed president Emmanuel Macron pledge, shortly after his election in May 2017, to look at the restitution of African cultural treasures.

France has since returned a ceremonial sword to Senegal and promised to return 26 dozen works to Benin – including a royal throne – that were seized by French troops in the late 19th century.

During a visit to Benin in December 2019, the former culture minister, Franck Riester, said the artworks would be returned “in the course of 2020, perhaps at the beginning of 2021”.

“The issue of restitution … deserves a serious debate,” said Emmanuel Kasarherou, director of the Quai Branly, which is a civil party in the trial against Diyabanza.

Kasarherou, a member of the Kanak indigenous people from the French overseas territory of New Caledonia, this year became the first indigenous person ever to head a major French national museum.

His museum “is documenting the origins of its collections and how they were obtained, and using this work as a basis, we can move forward,” he told AFP.

Critics accuse the French state of not doing enough, citing the auction of sacred statues in Paris despite requests by Nigeria to halt the sale.

An expert report commissioned by Macron in 2018 counted some 90,000 African works in French museums, but suggested a “circulation” of some works between museums rather than an outright return, saying not all were pillaged or stolen.

“Macron has acknowledged the pillaging, but he’s the one who decides how many works are returned, and whether or not there should be a property transfer – it’s an insult for us,” Diyabanza said.