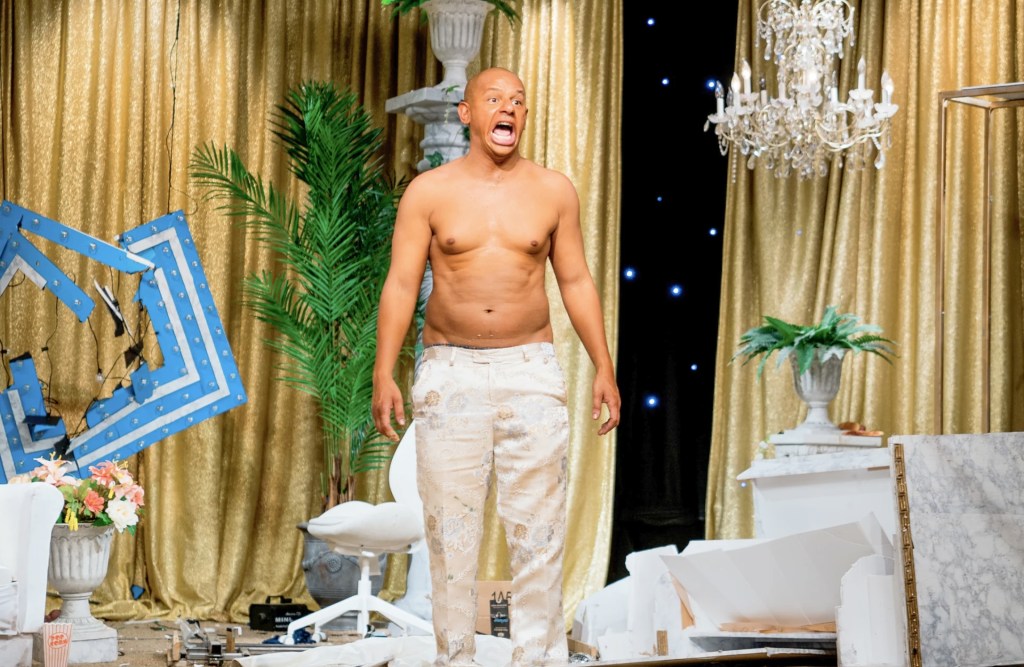 The Eric Andre Show is like if the Gremlins programmed a television show. It’s stupid and loud and chaotic, and I love every second of it. I also love that after a four-year break (not including specials), The Eric Andre Show is back next month. Adult Swim just released a trailer for the new season showing Andre destroying the set, as per usual, but also choking a clown with balloons, ripping his own head off and kicking it into a soccer goal, and getting shot, followed by his corpse crumbling into dust and bone.

“I waxed my entire body, got over 200 pounds, and slept in a tanning bed,” Andre told Entertainment Weekly about the new season. “I also got a new, super ‘expensive’ set that looks like Liberace f*cked a Japanese game show. This is the season of ultimate decadence.” As for celebrity drop-ins, Judy Greer, Blake Griffin, Luis Guzman, Omarion, Adam Rippon, Dermot Mulroney, Tia Carrere, Robin Givens, and Jai Rodriguez will look on in confusion as Andre and co-host Hannibal Buress talk about ladders, or whatever. The previously-announced musical guests include Lil Yachty, Joey Bada$$, Anderson .Paak, Toro y Moi, Big Freedia, Machine Gun Kelly, Odd Future’s Taco, and Grimes. (The thought of Elon Musk watching this is too much for me to handle.)