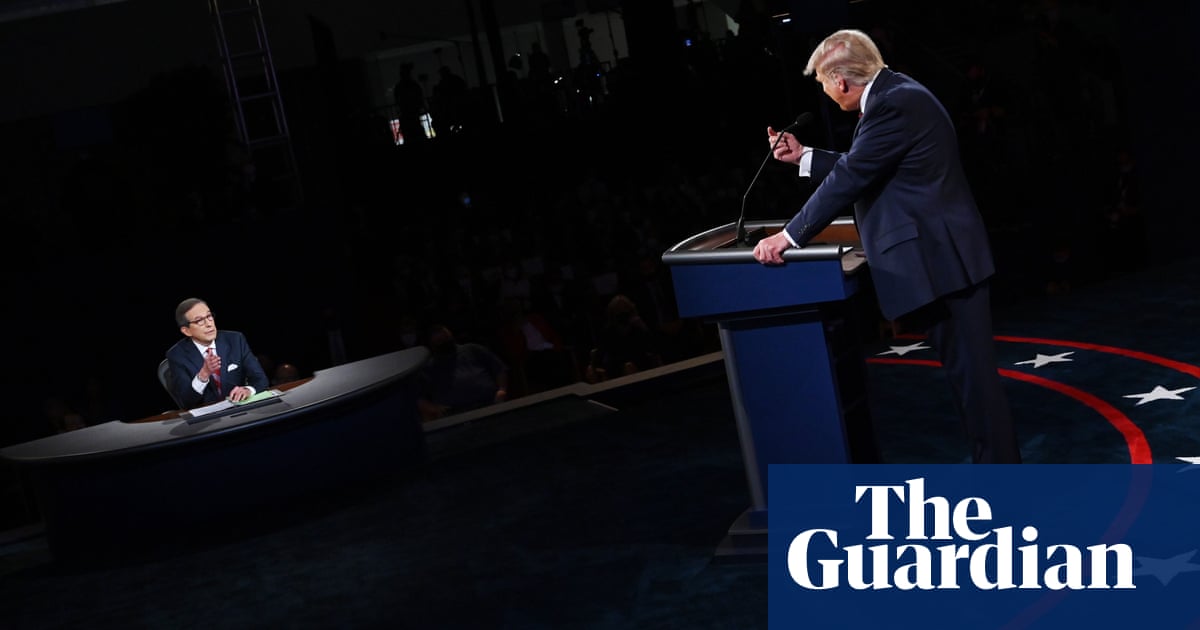 The Fox News host Chris Wallace faced much criticism as he struggled to referee the first presidential debate between Donald Trump and Joe Biden on Tuesday night.

For most of the event, Trump talked over Biden and Wallace failed to keep the president patient for his chance to talk. At a few other moments, the Democratic challenger’s scowls and snickering at the president interrupted Trump’s comments.

Many viewers blamed Wallace, though it was Trump who most often broke the agreed rules of the debate, refused to stick to his own speaking time, and steamrollered over both other men.

“That was a hot mess, inside a dumpster fire, inside a train wreck,” said CNN’s chief Washington correspondent, Jake Tapper. “That was the worst debate I have ever seen. In fact, it wasn’t even a debate. It was a disgrace, and it’s primarily because of President Trump.”

“That was the worst presidential debate I have ever seen in my life,” said ABC political anchor George Stephanopoulos.

The former Democratic senator Claire McCaskill tweeted: “Chris Wallace is embarrassing, and trying to pretend that the problem isn’t 100% Trump.”

Again and again as Trump interrupted Biden, Wallace could be heard in the background saying “Mr President, Mr President”, trying to get Trump to wait his turn.

The New York magazine business journalist Josh Barro tweeted: “People are hating on Chris Wallace but I think there was no way to moderate this debate effectively.”

Debate moderators often get either high marks or low marks from viewers, conservative and liberal, during presidential debates. It’s rarer to see bipartisan agreement that a moderator lost control. That was the emerging opinion coming out of the first debate, as conservative commentators criticised Wallace for not challenging Biden on some of his attacks on Trump.

Biden seemed to get frustrated with Wallace’s failing attempts to rein in Trump when it was his turn to talk.

“It’s hard to get a word in with this clown,” Biden said.

Wallace himself seemed aware that he didn’t have total command over the debate. After an extended speech by Trump, Biden said: “I can’t remember everything he was ranting about.”

Wallace responded: “I’m having trouble myself.”