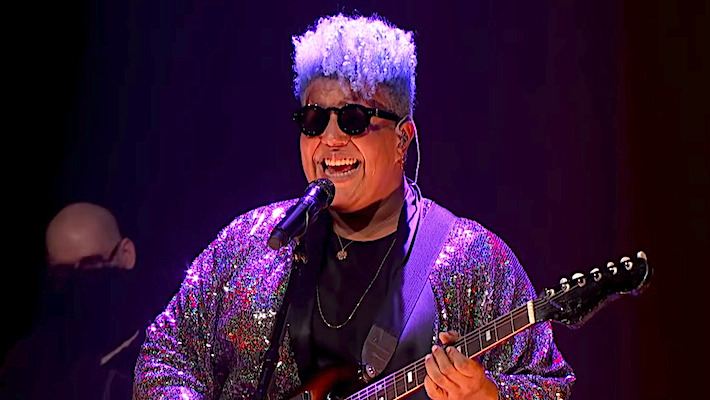 Around this time last year, Alabama Shakes leader Brittany Howard released her debut solo album, Jaime. In fact, the album just celebrated its one-year anniversary on September 20. Although Jaime isn’t exactly a new album anymore, Howard continues to promote it on TV, because she is just that undeniable of a performer.

She performed “Goat Head” on The Tonight Show in June, and she returned to late-night yesterday with a Late Late Show performance of “Baby.” Joined by a band on a stage in an empty concert venue, Howard nailed the soulful and bluesy ballad, once again flexing her otherworldly vocal chops and showmanship while also letter her band members shine during the song’s jammier sections.

The Jaime album has been out for a while now, but Howard is finding ways to keep it relevant. For example, she is fresh off the release of a two-pack of remixes of the album’s songs. She got some esteemed colleagues to help her out, too: Earthgang took on “Goat Head,” while Bon Iver took a stab at re-working “Short And Sweet.”

Meanwhile, Howard recently covered an all-time classic, Funkadelic’s “You And Your Folks, Me and My Folks,” as part of a Spotify Sessions release.

Watch Howard perform “Baby” on The Late Late Show above.