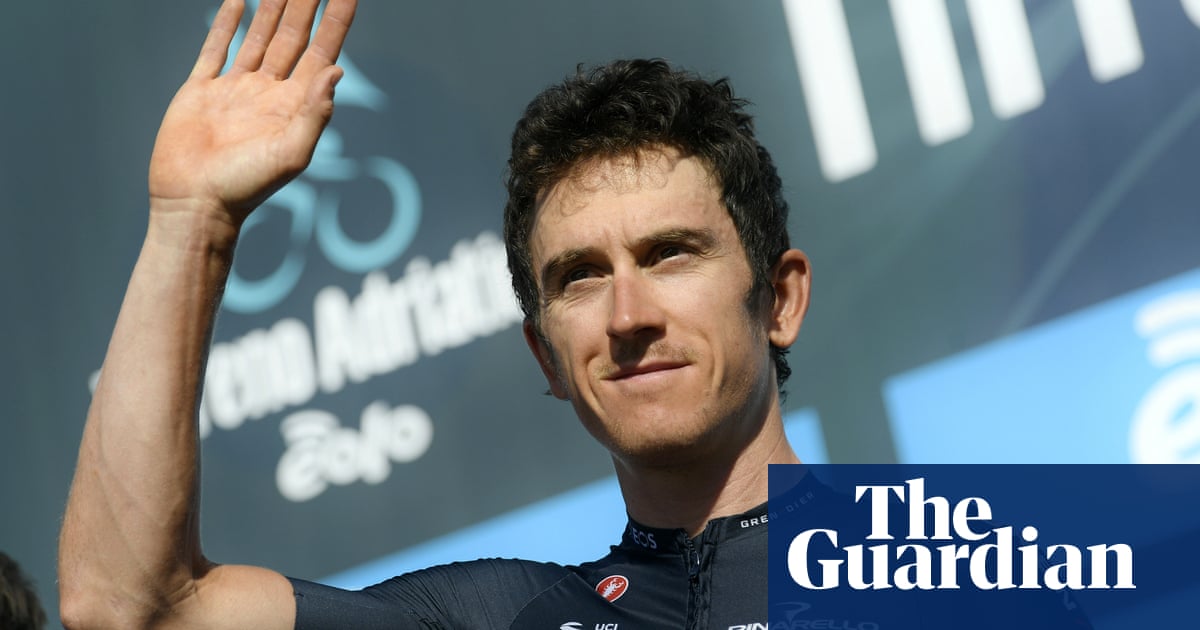 Geraint Thomas is a true champion who is “up for the fight” of winning this year’s Giro d’Italia when it starts on Saturday, a bullish Sir Dave Brailsford has predicted.

The Welshman has looked back to his best in recent weeks after being dropped for Ineos’s squad for the Tour de France, following up a second-placed finish in Tirreno-Adriatico with an unlucky fourth at the world championships time trial in Monza.

Brailsford says he is confident that Thomas, who will be supported primarily by Rohan Dennis, Tao Geoghegan Hart, Jonathan Castoviejo and new world time trial champion Filippo Gonna, can justify favouritism by winning the maglia rosa for the first time.

“Geraint has worked hard to get to this point and it’s been energising for the whole team to see how he’s responded to the challenge of leading us at the Giro,” said Brailsford, whose team endured a challenging Tour. “He’s a true champion and I know he’s up for this fight. We’ve thought a lot about the right riders to support Geraint in Italy. We think we have a group that is really well balanced and has the right mix of skills to get the job done.”

Having three time trials during the three-week race will certainly favour Thomas, the 2018 Tour de France winner, but Brailsford – who also announced that Jonathan Narvaez, Salvatore Puccio and Ben Swift in the Ineos team – expects a gruelling race that would go down to the wire.

“Racing in Italy is always special for us and the Giro is challenging whether you race it in May or October,” he added. “You have to dig deep and withstand whatever it throws at you. With the route this year, we know it’s going to go down to the wire in that gruelling final week.”

Thomas was one of the favourites when he last rode the Giro in 2017 only to abandon after he failed to recover injuries sustained from a crash involving a police motorbike – which included a ’popped’ shoulder – and the 34-year-old admitted he was determined to write that wrong in 2020.

“I’m excited to lead the Team again in Italy and I feel ready,” he said. “It’s been a strange year for everyone but it’s great to have this big objective. The legs are feeling good – Tirreno went well and then the World Time Trial was a confidence booster for me. Now stage one is nearly here and I’m more motivated than ever.

“I’ve a long association with Italy – I’ve lived here, I’ve raced for an Italian team, and I had some rough luck the last time I came to the Giro. I’m determined to right that wrong this time around. We’re taking a great Team and I’ve got total faith in the guys around me.”