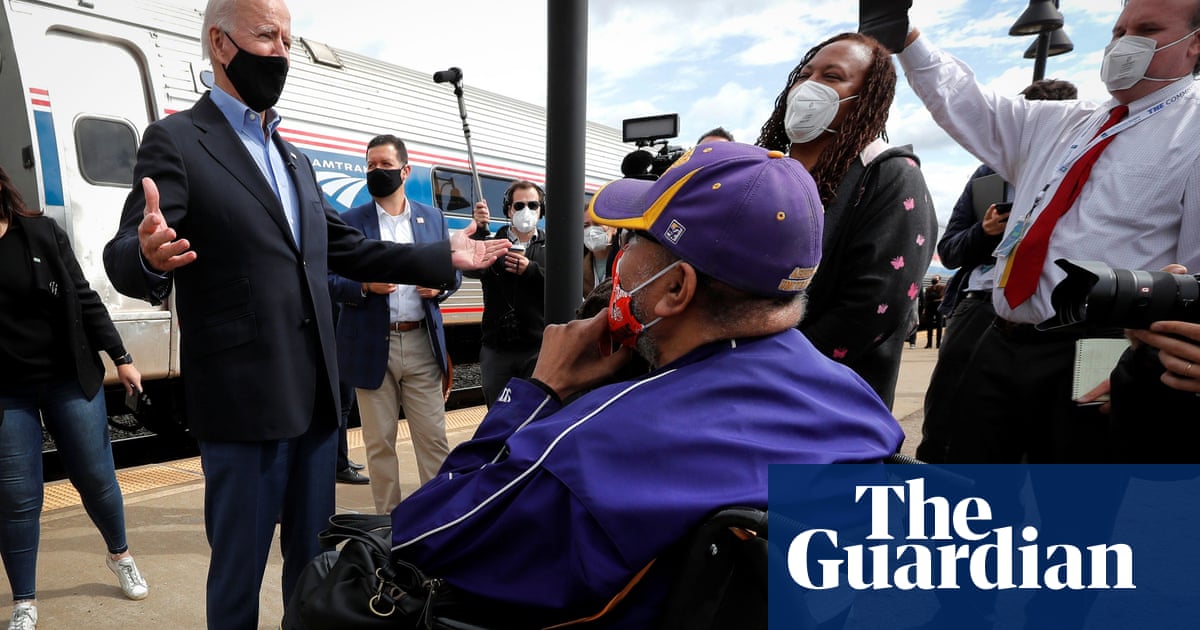 Joe Biden broke fundraising records coming out of Tuesday’s acrimonious presidential debate between the Democratic nominee and the current occupant of the White House, Donald Trump.

The chaotic and unwieldy debate, in which moderator Chris Wallace, from Fox News, struggled to rein in Trump and the president egged on far-right groups, yielded a large fundraising haul for the Democratic election campaign.

In a conference call with reporters after the debate, Biden’s communications director and deputy campaign manager, Kate Bedingfield, announced that they raised $3.8m between 10pm and 11pm through ActBlue, the Democratic grassroots fundraising site.

“Tonight we broke the single-hour record for a campaign ever on ActBlue,” Bedingfield said. “And we broke our own hour record and raised $3.8m between 10 o’clock and 11 o’clock.”

That fundraising infusion suggested that the total sum the campaign raised from the debate eclipsed the entire hauls some statewide or national campaigns have enjoyed.

The $3.8m was also one plainly positive note for the Biden campaign from a debate that both Democrats and Republicans cast as a mess. After the debate in Cleveland, even usually reserved TV anchors could not help but denounce it as the worst debate they had ever seen – a “shitshow”, as CNN put it.

On Wednesday morning, Republicans were somewhat morose about Trump’s performance and the longer-term outcome.

Trump did hit some of Biden’s weak spots, such as when he cornered the former vice-president on whether he supported adding seats to the supreme court (Biden didn’t commit one way or another), and when he pushed him to distance himself from the leftwing Green New Deal set of environmental proposals.

But those moments were eclipsed by Trump’s refusal fully to denounce white supremacist groups such as the Proud Boys, and his near-constant interruptions of Biden and Wallace.

Biden had a few zingers, but he visibly struggled to keep his composure and cool. At one point he told the president to just “shut up”, and at another point he said Trump was the “worst president America has ever had”. The shut-up line moved quickly through the internet – and memorabilia was made.

On Wednesday, Biden and his allies stressed a sense of optimism.

“Biden was stellar compared to the train wreck that was Trump,” Democratic strategist Maria Cardona said. “In that sense I feel great! But I am wholeheartedly embarrassed at the global spectacle Trump made of the United States last night.”

But there was also a sense, for supporters of both candidates, that the debate would not dramatically shift voters one way or another. Republicans didn’t expect Trump to lose support but not gain much either.

Republican strategist Scott Jennings, a former longtime aide to the Senate majority leader, Mitch McConnell, said: “What is it that’s been keeping the anvil on Trump’s job approval for four years? It’s women! It’s job approval among women. He does OK among men.

The former New Jersey governor Chris Christie, who helped prepare Trump for the debate, said on ABC News after the debate that Trump was “too hot” at times. Christie said it was good for Trump to come in and be aggressive, but “with all that heat, you lose the light”.

And even while Biden’s campaign and allies expressed positivity, there was also a similar sense of disillusionment about the debate overall.

“Donald Trump is a disgusting human being. Last night had nothing to do with a presidential debate or American politics. It was a showing of inhuman, un-American behavior on an international scale,” said Democratic strategist Jennifer Holdsworth.

“There were no redeeming moments of the debate other than Joe Biden rightfully defending both of his sons.”

The persistent question facing both campaigns, and the commission in charge of running presidential debates, was whether changes would come to the next debates – two more between Biden and Trump, and one between their running mates, Kamala Harris and Mike Pence.

The Biden campaign was pressed on whether Biden would attend the next debates. His aides said he would. There was also the question of whether at the remaining debates the moderator would have the option of turning a candidate’s microphone off.

Expectations are low that Tuesday’s debate shifted voters from one candidate to another.

It “was the perfect illustration of America today,” Republican strategist Terry Sullivan said on Wednesday. “Lots of talking with very little listening, and nobody’s mind is changed.”

On Fox News right after the debate, the veteran Republican strategist Karl Rove said: “I’m not certain it was very edifying or enlightening for the viewers.”

Amid accusations that he has mishandled the pandemic and damaging reports about his finances and past comments on the military, the debate was perhaps Trump’s best opportunity yet to shift the dynamics of the race, which has been remarkable steady and narrowly in Biden’s favor throughout an exceptionally turbulent summer.

Trump once again declined to pledge that he would honor the results of November’s election, and continued to undermine the integrity of mass mail-in balloting, which is already under way in many states in an effort to curb the spread of coronavirus.