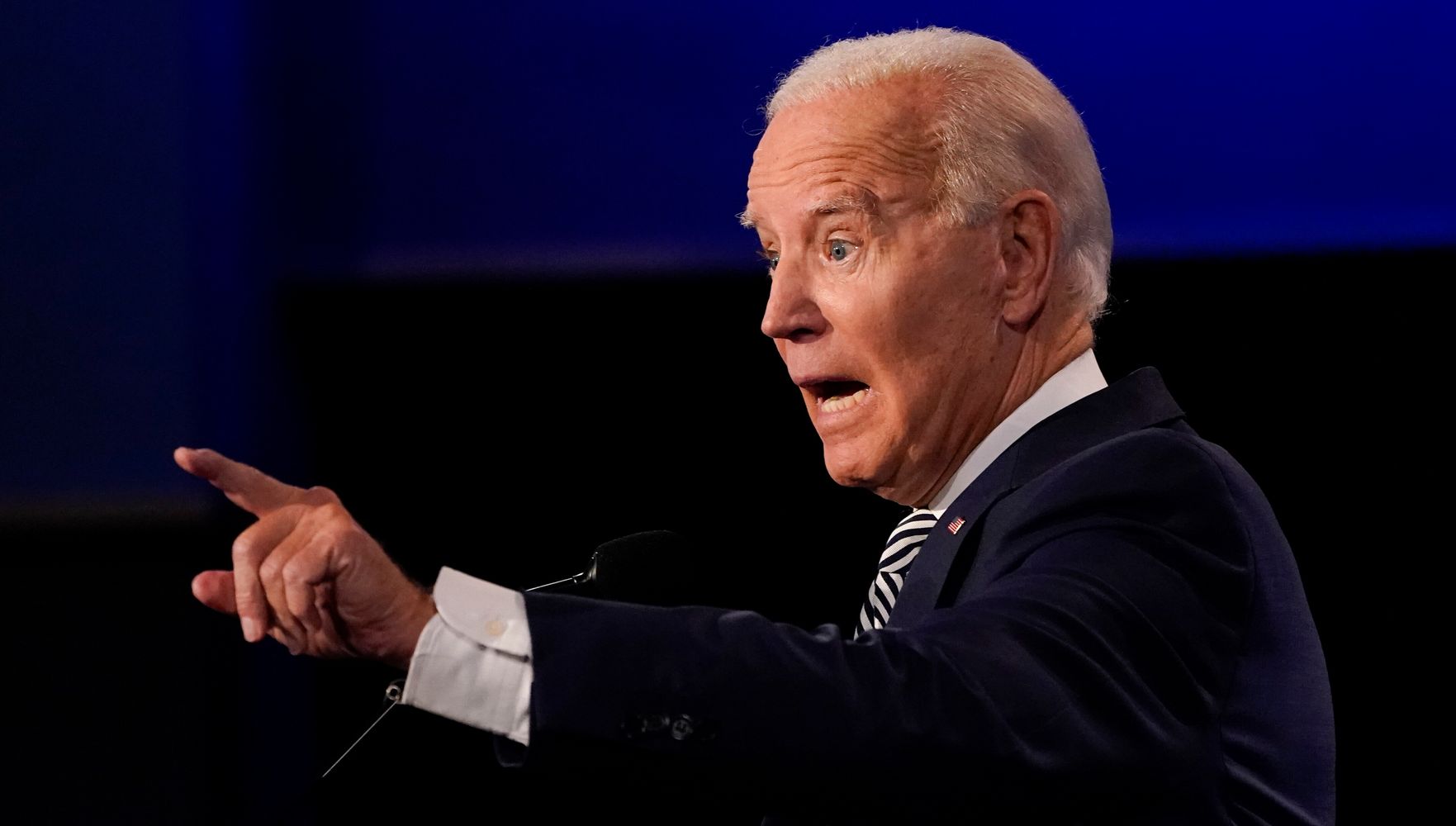 Tuesday’s blistering debate between President Donald Trump and former Vice President Joe Biden led to a fundraising boom for the Democratic challenger and his party as a whole.

The Biden campaign announced late Tuesday that they’d broken an all-time record for contributions in a one-hour time frame, netting $3.8 million between the hours of 10 and 11 p.m. ET through the Democratic fundraising website ActBlue.

Between 10-11 PM tonight, Biden for President had its best online fundraising hour of all time.

By Wednesday morning, ActBlue’s live ticker reportedly showed that at least $25 million had been raised for various Democratic campaigns on the November ballot.

Biden’s deputy campaign manager and communications director Kate Bedingfield touted those numbers in a post-debate call Tuesday, telling journalists, “There was one leader onstage tonight and one liar.”

“There was one president on the debate stage tonight, and it was not the person who flew on Air Force One,” she added.

The campaign also capitalized on the contentiousness of the debate by quickly producing a T-shirt emblazoned with the words, “Will you shut up, man?” Biden directed the barb at Trump early in the evening after the president attempted to interrupt his response to a question from Fox News’ Chris Wallace, who served as the debate’s moderator.

On the flip side, the Trump campaign also claimed victory Tuesday, though had yet to publicize a fundraising tally as of Wednesday afternoon.

“This debate will go down in HISTORY,” the president’s campaign wrote in an email reportedly sent to supporters about two and a half hours before the debate kicked off. “I showed the American People that I will ALWAYS fight to put America First no matter what and that I will NEVER stop working to Make America Great Again.”

In spite of such lofty proclamations, both Democrats and Republicans were widely critical of the debate. GOP pollster Frank Luntz told CNBC early Wednesday that participants in his presidential debate focus group “were disappointed on both sides.”

CNN’s Jake Tapper felt similarly, calling the debate “a hot mess, inside a dumpster fire, inside a train wreck.”

“That was the worst debate I have ever seen,” he said. “It wasn’t even a debate. It was a disgrace. And it’s primarily because of President Trump.”

In spite of Tuesday night’s chaos, representatives for both candidates said they were committed to showing up for the next presidential debate, set for Oct. 15.

“President Trump controlled the entire conversation in the first debate and kept Joe Biden on his heels, looking weak and unable to defend his 47 years of failure in Washington,” the Trump campaign’s director of communications, Tim Murtaugh, told NBC. “Of course we are enthusiastic about the upcoming debates and look forward to them.”

Added Bedingfield, “The next debate is a town hall format where real voters are going to have the chance to engage the candidate. Biden obviously relishes any opportunity to talk directly to real voters, that’s something that he prioritizes doing on the campaign trail.”