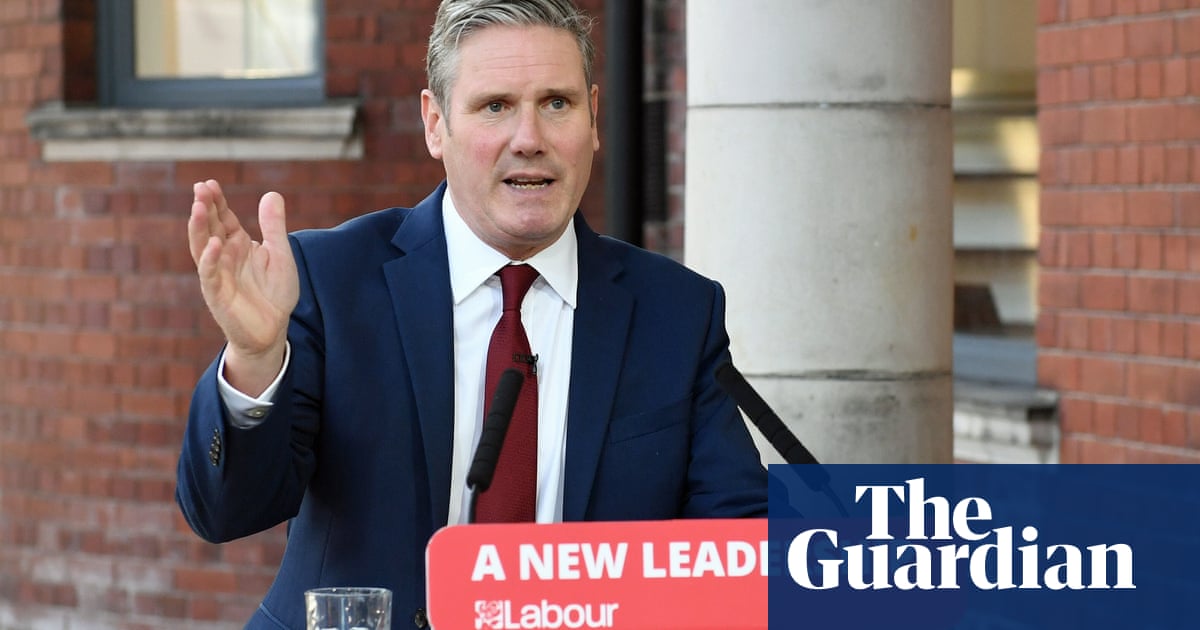 According to Nesrine Malik (Keir Starmer’s ‘new management’ will cost Labour minority votes. Does he care?, 27 September), Keir Starmer has decided that “anything that looks remotely sympathetic to identity issues is toxic” and as a consequence Labour members are leaving the party in droves – well, maybe they are in London but not where I live. Get out of the Guardian/London left bubble, and you’ll see what life is like for the majority of us out here in the sticks.

Malik appears to agree with Eleanor Penny (New Statesman, 15 April) that “we need to get used to the fact that all politics is identity politics – and it’s time to pick a side”.

But the end point of this collection of divisive ideologies called “identity politics” is social conflict and segregation. The poor, the rootless and dispossessed, the working class of all colours and creeds, simply get trodden under the feet of ideologues in the battle for supremacy.

For example, one has only to consider the unrelenting manner in which “anti-racism” has become centred on relationships between individuals, rather than between people and an oppressive, capitalist system that keeps both black and white in material and hegemonic servitude to see this in operation.

And of course it’s something to beat Starmer with if he fails to turn round Labour’s fortunes.
Brent Charlesworth
Lincoln

• I agree with Nesrine Malik that, under the new leadership of Keir Starmer, Labour nationally appears to be less focused on issues of race and discrimination in key areas such as employment, education, housing and policing. This despite the context of a huge Black Lives Matter movement.

But the reality is, as many people in areas such as Tottenham know, that these things do not just happen. Making sure that the issues of racism and inequality are brought to the fore is something that has to be fought for. The late Bernie Grant didn’t become leader of Haringey council and then Tottenham MP by accident. That was the work of many campaigners, and it is not something that, once done, is complete for all time. It has to be constantly campaigned for and achieved in each generation.
Keith Flett
Tottenham

• A heartfelt thank you to both interviewer and interviewee for Zoe Williams’ wonderful conversation with Diane Abbott (Diane Abbott: ‘Jeremy Corbyn did his best to be nice to people, and they weren’t nice back’, 25 September). So pertinent to where we are now and so full of humanity.
Donovan Pedelty
Aberedw, Powys