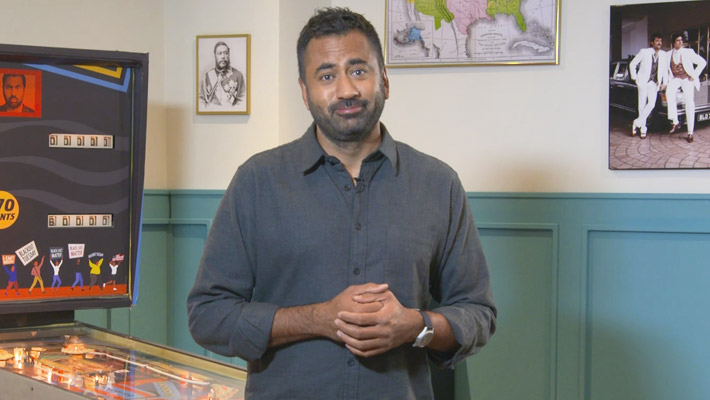 Kal Penn Approves This Message (Freeform, 10:30pm EST) — Actor turned Obama administration member turned actor Kal Penn (House, the Harold and Kumar trilogy) is here to celebrate the changes that young voters can make. This promises to be a non-partisan approach with comedic sketches and in-depth interviews that will help Gen Z make their voices more impactful than they already are. This week, Kal speaks with Hillary Clinton and takes on education, including the different paths (including the faux beef between college vs. trade school) that students can take to bolster their future.

2020 Presidential Debate 1 (Everywhere, 9:00pm EST) — Donald Trump faces off with Joe Biden. Anything could happen during this dumpster fire of a year.

Michelle Buteau: Welcome to Buteaupia (Netflix standup special) — Buteau’s determined to deliver a dynamic hour of comedy on cultural differences and why women should give short men a chance.

Tell Me A Story (CW, 9:00pm EST) — Hannah’s working hard to get Gabe released while Jordan’s just about had enough.