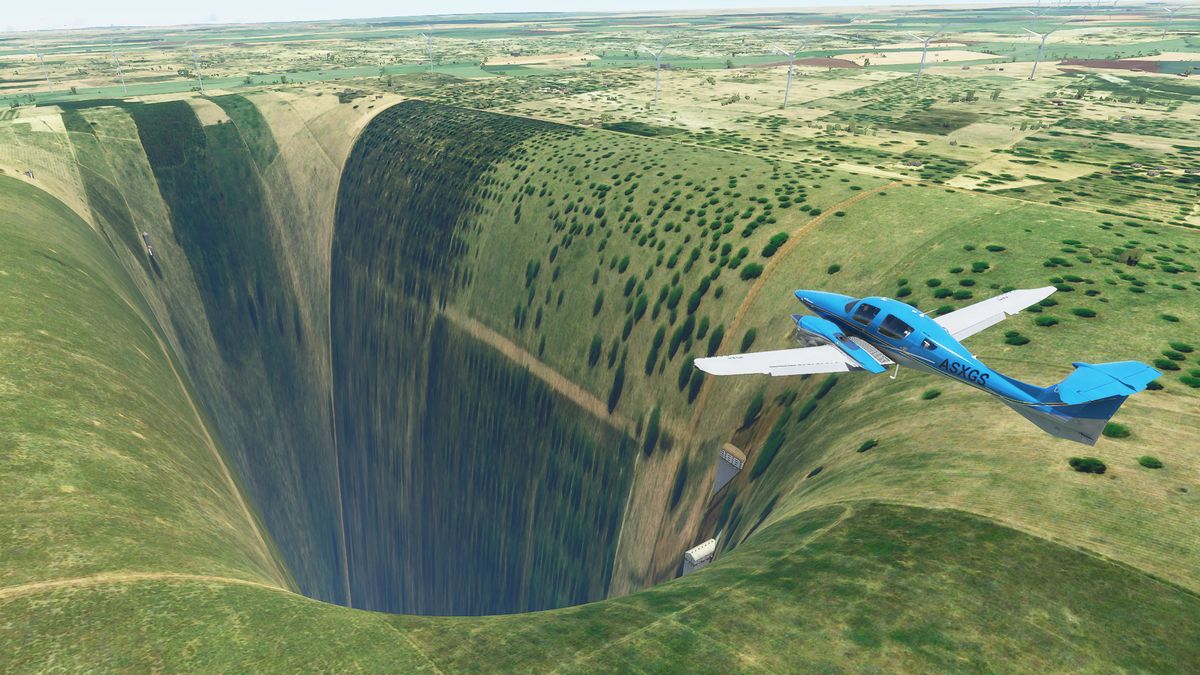 Last month we were all amused and transfixed by several looming citadels discovered on the landscape of Microsoft Flight Simulator. And now there’s a new reality-warping curiosity to visit.

A bizarre, gaping chasm has been found in Brazil. And weirder still, there’s an airport at the bottom of it.

This yawning chasm appears to first have been found by ReversedWindow on Reddit, who was brave enough to taxi an airplane right on down inside it. I did the same, and it’s weird down there. Very weird.

As you plunge into the pit you can actually see a small airstrip at the bottom. That’s Lagoa Nova, which is apparently a small airfield in Brazil, and it’ll come up if you search for it on the world map in Microsoft Flight Simulator. Choose it as your destination airport, and you can check it out yourself. You can’t miss it. Because it’s a giant, freakish chasm.

Those weird monoliths we saw were most likely caused by an typo (buildings entered as 200 floors tall instead of 2), and perhaps this airfield’s elevation above sea level was entered incorrectly into a spreadsheet somewhere as well, causing this bizarre pit that looks like a black hole is trying to suck the planet up from the inside.

Since the Lagoa Nova airstrip is at the bottom of the chasm, you can also set it as your departure airport, which spawns your plane on the airstrip way down in the hole. Be warned: taking off from it will be next to impossible, but at least you’ll be able to briefly visit another dimension.

Predictably, I couldn’t quite bring my plane’s nose up to vertical because I’m flying a plane, not a rocketship.