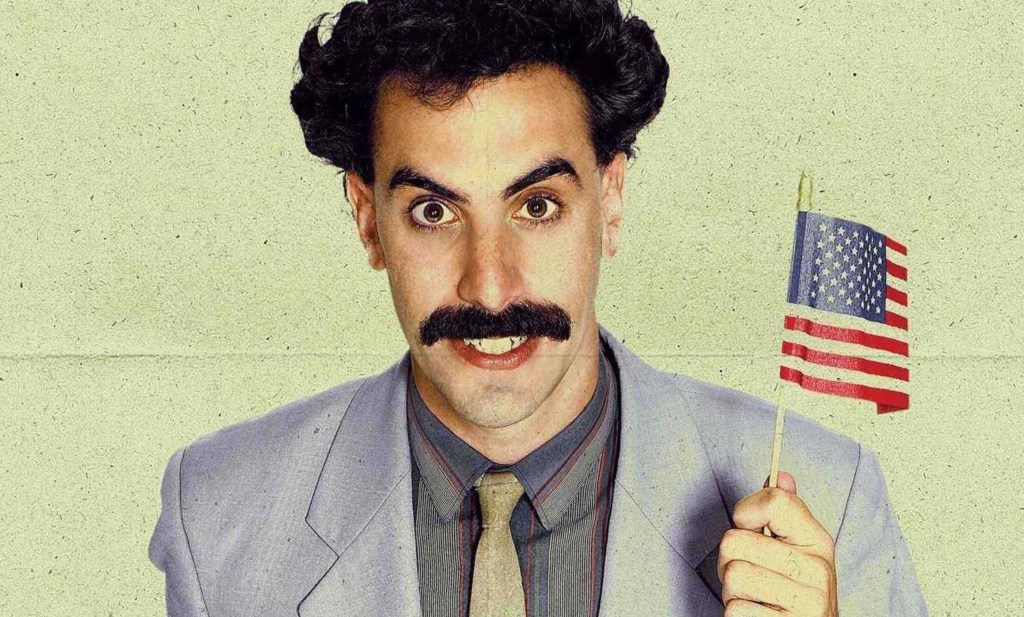 Although the United States a glorious country, it have a problem, too: not enough Borat. Problem solved! A sequel to Larry Charles’ 2006 comedy, reportedly titled Borat: Gift of Pornographic Monkey to Vice Premiere Mikhael Pence to Make Benefit Recently Diminished Nation of Kazakhstan, will premiere on Amazon Prime on October 23, less than two weeks before the election.

Deadline reports that Borat 2 “was the first movie made during the COVID-19 shutdown, shot [quickly] as coronavirus shooting restrictions were eased.” The follow-up to the $262 million-grossing original, shot throughout the United States and abroad with a small crew, apparently put star Sacha Baron Cohen into some dangerous situations.

I’m told by sources that he had to wear a bulletproof vest on two different shooting days and on many days, there were risky and dangerous scenarios… [Producers] decided the best way for the movie to be seen by its widest audience before Election Day was to open on Amazon Prime before the end of October.

Just think: there’s an undivided voter out there who won’t make up his or her mind on Trump vs. Biden until after seeing Borat 2. Actually, maybe don’t think about that. Instead, watch Borat! It’s still funny, despite the best efforts of your freshman year dorm-mate asking you to give him a “HIGH FIVE” six times a day.