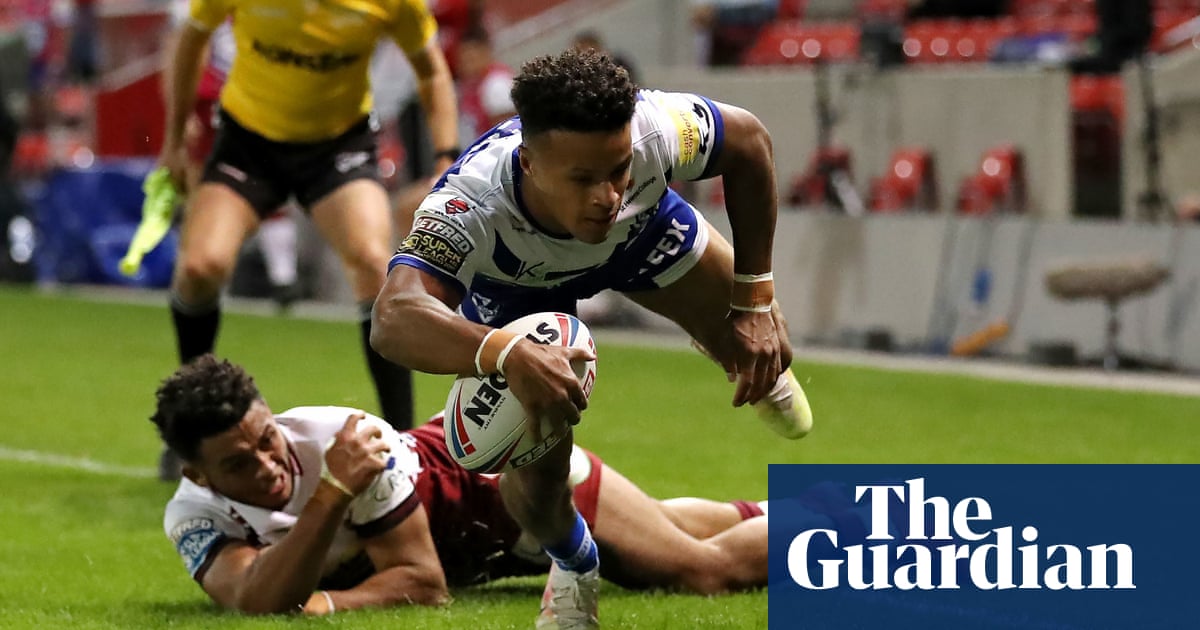 Wigan’s youngsters were no match for St Helens, who leapfrogged their great rivals at the top of the table after taking full advantage of a much-changed Warriors side with one eye on Saturday’s Challenge Cup semi-final against Leeds.

Adrian Lam left out almost all of his frontline players, instead fielding one of the youngest lineups in Wigan’s history. It included six debutants from the academy with Umyla Hanley – the son of Ellery Hanley – among them.

Few positives have emerged from a Super League season hampered by Covid-19 but the number of youngsters being awarded debuts as clubs aim to keep their squads fresh is one. Wigan’s side had just over 350 collective appearances for the club to their names: the St Helens’ captain, James Roby, was playing his 462nd game for his team in comparison.

St Helens, already eliminated from the Challenge Cup, were able to field a more experienced side and the game was beyond Wigan by half-time, at which point they trailed 18-0 following tries from Alex Walmsley, Jack Welsby and Regan Grace. However, they all came in the opening quarter, and Wigan’s youngsters responded well thereafter.

The purists will argue no side should make so many changes for such a prestigious game as Wigan v St Helens, but with the sport’s most famous derby played without a crowd for the first time in its history, nothing about this felt normal. That point was emphasised by the fact two men of steel, Jackson Hastings and Zak Hardaker, were the water-boys.

St Helens dominated throughout and any doubt over the result was extinguished in the second half when Morgan Knowles powered his way over from close range. James Bentley followed suit shortly after to make it 30-0, and the question was whether Wigan could avoid being pointless in the derby for the first time since their infamous 75-0 defeat in 2005.

The answer, despite plenty of effort, was no. Further tries from Welsby and Grace ensured Saints finished with a flourish, recording their biggest victory in the derby since that day 15 years ago. It was no less than their superiority deserved. As for Wigan, only Saturday will tell if Lam’s decision was correct.