Not only has Chinese automaker Songsan Motors unveiled a modern-day replica of the 1958 Corvette C1 at the Beijing Auto Show but it has also unveiled a retro-inspired MPV dubbed ‘Summer.’

Rather than taking design inspiration from a classic American sports car, the Songsan Summer is instead inspired by the iconic Volkswagen T1. This is most apparent at the front end where the Summer has a pair of circular headlights, circular turn signals, and a triangular-shaped hood section that’s been painted white.

Songsan Motors has also fitted the MPV with retro wheels and a set of sliding rear doors. Found at the rear is a spare wheel and a small hatch door. 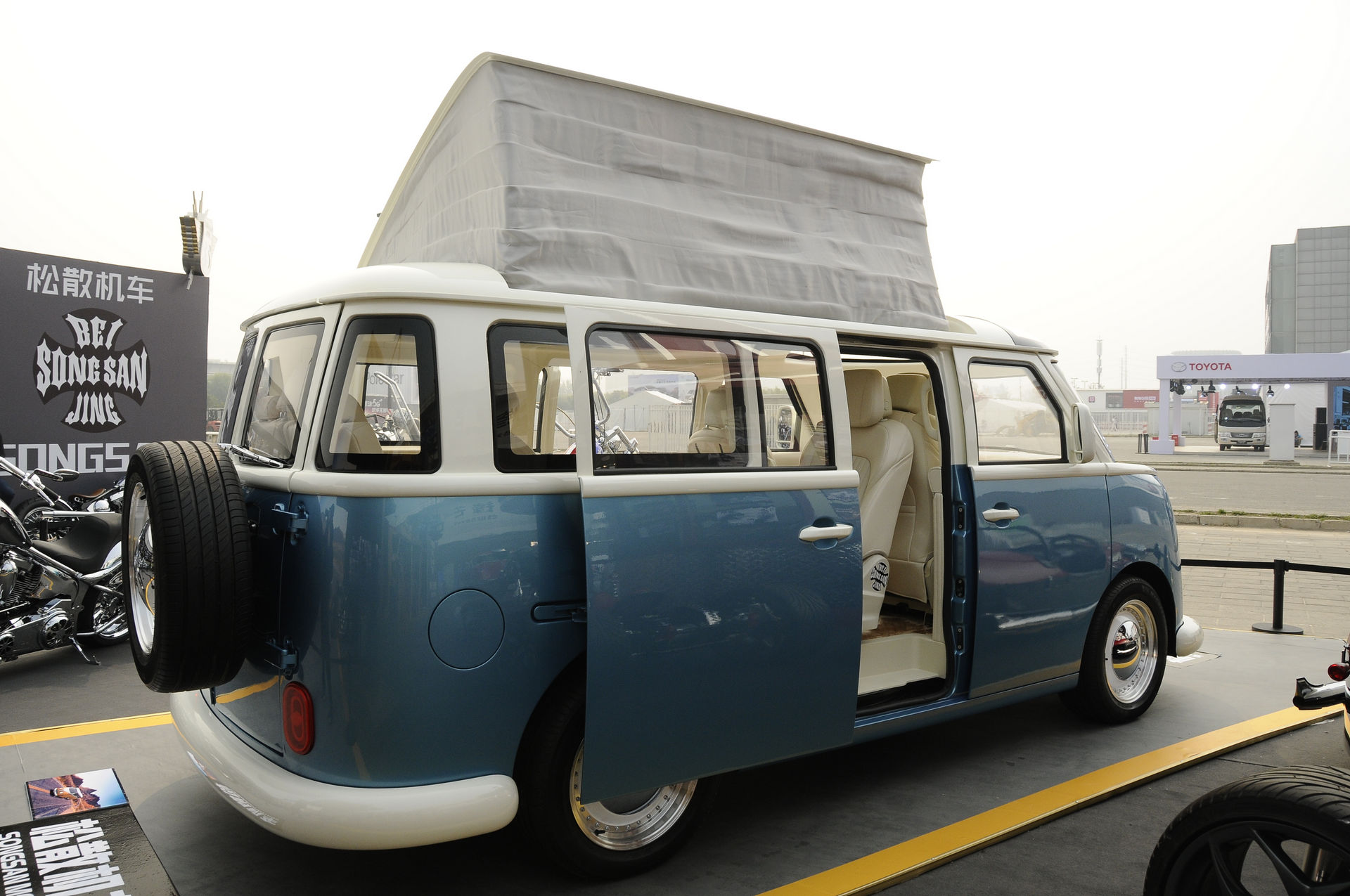 The pièce de résistance of the Summer is the fact that its roof can be tilted up, revealing a canopy that would give passengers enough room to stand up and look through the sunroof.

As for the cabin, the T1-inspired Summer is clad in cream-colored leather across the seats, dashboard, center console, and door panels. Found directly in front of the driver is a small digital instrument cluster while there is also a large infotainment screen in the center of the dashboard.

Found in the second row are a pair of captain’s chairs as well as a center seat that can be folded down to reveal four cupholders. There is also a third row of seats.

Local media reports that the Songsan Summer will be powered by a turbocharged 1.5-liter plug-in hybrid powertrain when it hits the market. This would be the same powertrain as the Songsan SS Dolphin that includes a 16 kWh battery pack.