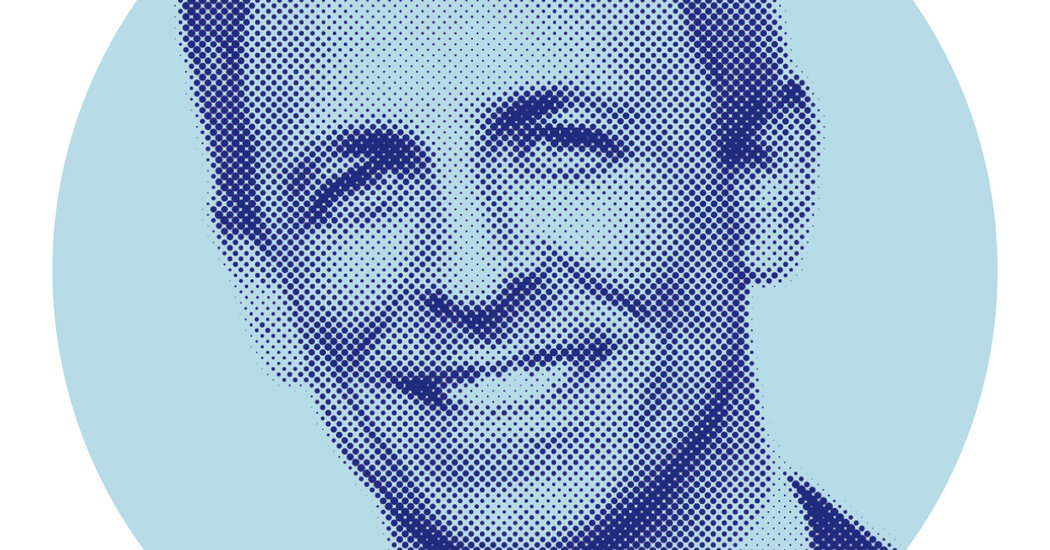 With a month to go until the election, the comedian Seth Meyers and his “Late Night” crew are sprinting toward the finish line.

“One of the most dreadful things about the last three-plus years is how quickly you have to move from one story to the other because something else insane has happened,” he said. “It was like being on a treadmill in the gym that someone turned up to the fastest speed and the highest angle. It was really hard in the beginning, but now we have very strong quads.”

After broadcasting from his wasp-infested attic during the lockdown, Meyers is back in Studio 8G at 30 Rockefeller Plaza — albeit without a live audience. He and his crew are unleashing their gallows humor on NBC in “Closer Look Thursday” on Oct 8.

“We don’t think we should be anybody’s first news source,” he said, “but we’re not a bad companion piece if you want the catharsis of, ideally, laughter.”

Meyers is sticking around Manhattan, where he lives with his wife, Alexi Ashe Meyers, and their sons Ashe, 4, and Axel, 2. But even for this former “S.N.L.” funny man, some things are no laughing matter.

“I hope you appreciate how stressful it is to come up with lists like this,” Meyers said with a rueful chuckle. “It has been so exhausting and I’ve gone back and forth so many times. If I panic, you’ll hear from me.” And I did. These are edited excerpts from the conversation.

I have this real appreciation for children’s authors now because I’m reading so many books to my kids. And I find that William Steig’s books do not try to sink down to what they think a kid would like. When I read these books to my 4-year-old, the level of focus on his face is so much more intense because they don’t take the normal journey that you would expect. The storytelling is unique in a way that grabs him. There’s something so refreshing about reading a kid’s book that I can feel elevating my son’s understanding of the world as I’m doing it.

In “The Amazing Bone,” the passage I love is Pearl the pig asking the talking bone: “You’re a bone. How come you can sneeze?” And the bone replying: “I don’t know. I didn’t make the world.” It’s rare for a children’s book to acknowledge that there are unknowable things. And it’s also a great response to use for questions like, “Why is it already bedtime?”

If you’ve been a fan of the DC Universe like I have for decades, it’s really fun when comic creators blow the dust off and show it to you in a whole new way. Tom King has a great history of taking secondary characters from the comics canon and breathing new life into them. It’s comics at its best. He and Mitch Gerads are a perfect match and adding Evan Shaner makes it all the better.

“Better Call Saul” is one of my favorite shows. But I want to draw attention to Rhea because this show started and you were focusing on all these characters that would, later in the timeline, appear in “Breaking Bad.” And there’s this incredible sleight of hand that has happened the longer the show goes on, which is this character you weren’t paying that much attention to in the beginning has now become the through line that is the most interesting as it comes to its conclusion. As an actor, she had this really difficult task of hiding that she was going to be the most interesting part of this the longer it went. So I tip my cap. The very slow reveal has been a real triumph.

She wrote “Homegoing,” which was a book I just loved. Whenever I think about it, I think about the incredible sprawl of it and the fact that it takes place over centuries and in all these different locations. So I was really excited for her next book. This book lives in a laboratory and an apartment and, to some degree, the past. The scale of it is smaller, but it touches on addiction and family and even how the brain works. And it was stunning that the ideas were just as big.

The minute I started watching it, I thought: “Oh, I might be too old for this. Maybe this show isn’t going to be for me.” But it was just so deftly handled. [Michaela Coel] is such a good writer, such a magnetic performer. Early on you have this sense that you are in safe hands, that the storyteller knows what they’re doing, and if you go along with them, it’s going to be rewarding. It felt like an education and a comedy and a drama all at once. And it was the show my wife and I were most upset was over when it came to its conclusion.

There’s never been a period of my life where I haven’t been listening to John Prine. And when he tragically passed away [from complications of the coronavirus] this year, it was just another reason to go back and listen to his music. It’s music my parents introduced to me that I’m already introducing to my kids. I feel like no one wrote with more empathy and understood how people are and how people talk, and there was such a soft-edged humor to the way he wrote about hard-edged ideas. And I have no statistical evidence to back this up, but I don’t think you could be a bad person if you liked John Prine. “Angel From Montgomery” is one of my favorite songs, and you just can’t picture a serial killer putting on his gloves while that’s playing.

7. Isaac Chotiner of The New Yorker

During Covid, he did an incredible job of talking to scientists and medical professionals in a way that I found genuinely very helpful. In his best interviews, he gets people to participate in their own undressing and reveal the moral hole in their arguments. And in times like these, he’s a valuable asset.

I hesitated naming a New York Times person, but David Marchese, when I’m feeling down, I’ll read his interview with Nicolas Cage. I mean, the person I most want to hear talk is Nicolas Cage, and I feel like he completely got unlocked in that interview in a way that was just sweet nectar. He talked about buying a dinosaur skull. That’s far more interesting to me than anything you read in most interviews. I’m sorry that I don’t have anything like that to give you.

The most irrational love affair I’ve had in my life is with the Pittsburgh Steelers. I thought as I got older I would be less affected by outcomes of games, but the reality is I’m not. It’s getting worse, and I spend a lot of time trying to justify during games that I should be happy that I’m in a loving marriage with two wonderful kids — and it doesn’t work. It’s so stressful for me that I found the real thing I enjoy is going back and watching highlights of games where the Steelers won. That way I can be happy the whole time. It’s an unfillable hole inside of me. I need them to keep winning to maintain my happiness. I’m aware that it is an unhealthy obsession.

9. “Monty Python and the Holy Grail”

I feel like my understanding of comedy went from black-and-white to color when I saw that film. I was home sick from school, and my dad went to the video store and he got that movie, and we watched it together. I don’t think I’ve ever laughed harder. I was probably 10 years old at the time, and every part of it was perfect. I would like to think it influenced my comedy, but it mostly just gave me permission to take gigantic swings because there are so many bold choices, including the opening credits. One of the credits is “Mooses’ noses wiped by …, ” and I remember thinking that’s the greatest joke I have ever seen in my life.

So look, I’m taking advantage of the fact that this is going to run in print on her birthday [Oct. 4]. I don’t want to blame anyone over there at The New York Times, but her birthday has gone unmentioned for years. I thought we could rectify the situation by saying that, particularly with books and loving to read, none of that would’ve happened without my mom. I also want to mention her because she has emailed me this specific article in The New York Times multiple times. She sent me, for example, Sarah Paulson’s because we both read “A Little Life,” which was a book on Sarah Paulson’s list. She emailed me Andy Samberg’s and asked if the Thundercat that he mentioned was the same as the “ThunderCats” cartoon that I used to watch. Which it’s not. And I realize that the only thing that would be better than this is if I somehow got my mom to be an answer in the New York Times crossword. But failing that, I think that this hopefully will be a nice surprise for her on her birthday.