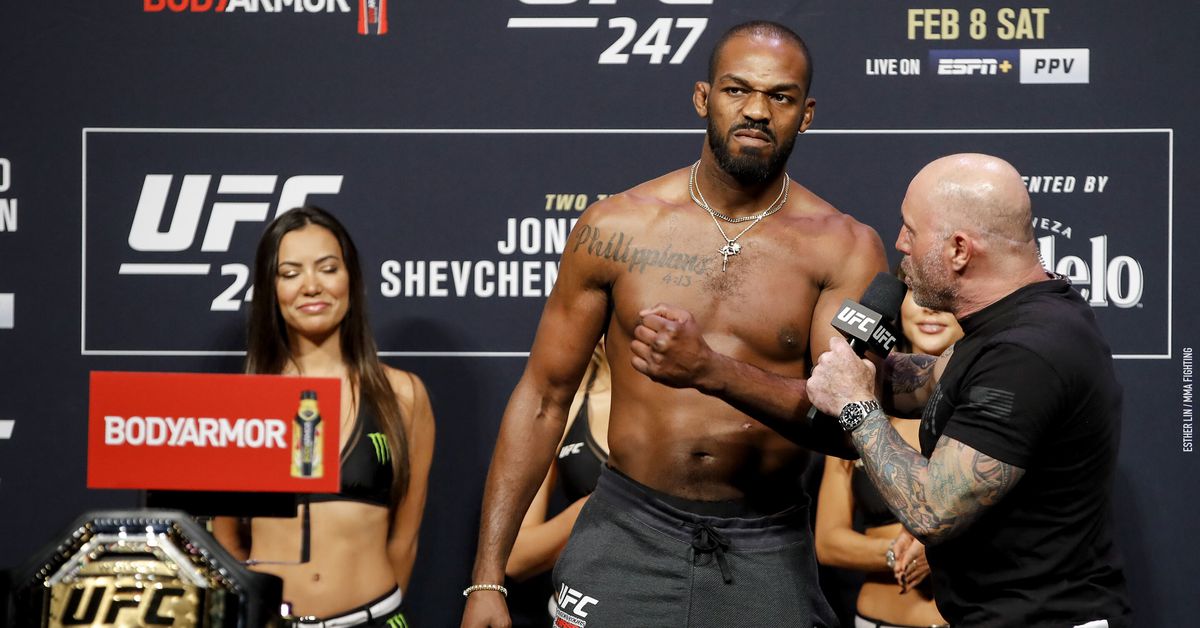 Former UFC light heavyweight champion Jon Jones may or may not be headed to heavyweight – but he’s already a big favorite if he winds up tussling with Israel Adesanya.

Betting lines released on Monday by online sportsbook Bovada have Jones the -375 favorite over middleweight champ Adesanya, who defended his belt in dominant fashion at UFC 253 – and yet is a +285 underdog.

Those odds mean Jones has 79 percent chance of winning the fight while Adesanya has a 26 percent chance, according to the odds’ implied probabilities.

Long before Adesanya wrecked Paulo Costa in two rounds this past Saturday in Abu Dhabi, he and Jones have exchanged unpleasantries online and in several interviews. Both eventually backed away from the rhetoric that might put them on a collision course, but they occasionally sniped at each other, aided in no small part by reporters inquiring about the fantasy matchup.

And even before UFC 253, UFC President Dana White didn’t shut the door on the fight, saying Jones’ path wasn’t determined and Adesanya could face the ex-champ with a win over Costa.

Adesanya, meanwhile, said Jones was still “part of my plan,” though perhaps not any time soon.

“Why would he or anyone else expect me to move up in weight, when I just got the belt, rather than defend my belt like he has and create a legacy before jumping up in weight?” he said at a virtual media day for UFC 253.

At the post-fight press conference for UFC 253, Adesanya again referenced an eventual showdown with Jones, ensuring a response from “Bones,” who live-tweeted UFC 253’s co-headliner between Jan Blachowicz and Dominick Reyes for the vacant belt and clapped back at the middleweight champ.

Adesanya expects to defend his title next against Jared Cannonier, whom he immediately called out as the rightful challenger to the belt. Jones, who relinquished his light heavyweight title after a dispute over pay, has been penciled in for a shot at Stipe Miocic. The heavyweight champ has expressed no preference over Jones or one-time title challenger Francis Ngannou, who’s battled back into No. 1 contender position.